A study of 84 twin/sibling pairs exposed to alcohol in utero indicates there’s no safe limit of alcohol exposure for pregnant mothers. 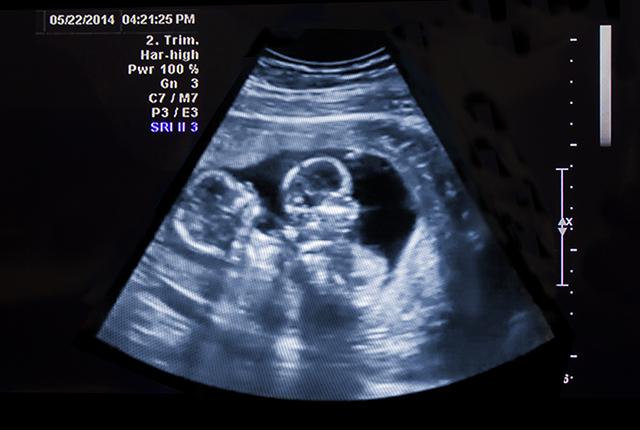 Getty Images
Risk of damage is not solely dependent on how much alcohol is consumed during pregnancy; fetal genetics plays a vital role, a new study suggests.

A study of 84 twin/sibling pairs exposed to alcohol in utero shows that two fetuses exposed to identical levels of alcohol can experience strikingly different levels of neurological damage.  Risk of damage does not depend solely on the pregnant woman's alcohol consumption; rather, fetal genetics plays a vital role, according to findings published today in the journal Advances in Pediatric Research.

“The evidence is conclusive,” said lead author Susan Astley Hemingway, professor of pediatrics at the University of Washington School of Medicine.

From a public-health standpoint, she said, the biggest take-away is that a fetus' genetic makeup is a determinant to the risk of neurological damage from a mother's alcohol consumption.  To protect all fetuses, including those most genetically vulnerable, the only safe amount of alcohol is none at all, the report concludes.

This study, the largest of its kind, comes as some clinicians and researchers continue to advocate that light drinking, generally defined as one alcoholic drink per day, is OK for pregnant women. Astley Hemingway has argued against that point of view for years. Even one drink a day can place some fetuses at significant risk, she wrote in an opinion-editorial last fall.  One of every 14 children diagnosed with fetal alcohol syndrome at UW Medicine had a reported exposure of one drink per day.

The research team combed through the records of 3,000 individuals with prenatal alcohol exposure evaluated at the clinic since it opened in January 1993. Of those cases, the team gleaned 84 pairs of identical twins, fraternal twins, full siblings and half siblings. Only sibling pairs with the same prenatal alcohol exposure who were raised together and diagnosed at the same age, by the same team, using the same diagnostic system were included in the study to minimize other factors that might influence their developmental outcomes.

“We don’t fully understand all the ways fetal (and maternal) genetics influence alcohol’s adverse impact on the developing fetus, although many studies are underway worldwide.” Astley Hemingway said. “We cannot clinically identify which fetus is more likely to be affected by alcohol exposure and which might be less vulnerable. There is not a test for that.”