Fetal heart test may have predictive value for kids’ health

Fetal heart test may have predictive value for kids’ health

A low-oxygen environment in the womb may foretell which children should be followed closely, study indicates. 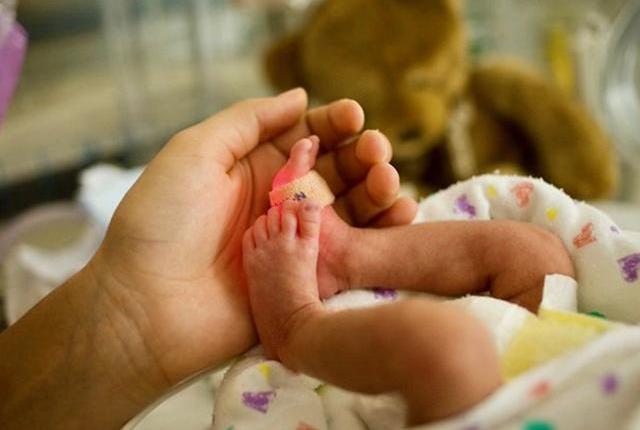 UW Medicine
New research shows that low oxygen in the womb might result in heart conditions for children.

Changes in heart rate due to low oxygen conditions experienced by the fetus during pregnancy could predict the future heart health of babies, suggests research published today in The Journal of Physiology.

Dr. Martin Frasch of UW Medicine's Department of Obstetrics and Gynecology was the study's lead author, joined by collaborators at the University of Cambridge in England.

Previous research had showed that chronic low oxygen, called hypoxia, during pregnancy impairs a fetus' growth. This condition has been associated with lifetime health risks, in particular for heart disease.

Frasch’s team wanted to know whether fetuses’ hearts would “remember” their gestational low oxygen after birth. A specific example of this is Zika virus, he noted; while much has been made of the deformities in infants' brain size as a result of Zika exposure, few studies have analyzed what asymptomatic children might experience years after being exposed to the virus, he said.

The team studied sheep fetuses that had been exposed to low-oxygen conditions in the Cambridge lab of Dr. Dino Giussani, the study co-author. They also studied a cohort of children in Brazil. These children had likely exposure to low gestational oxygen due to their mothers’ exposure to Zika. This part of the study was led by Dr. Lavinia Schuler-Faccini of the Federal University of Rio Grande Do Sul.

The group found similar patterns of heart-rate fluctuations in the asymptomatic toddlers of Zika mothers and in the lamb hearts, Frasch said.

“There seems to be a memory of this low oxygen exposure in the womb,” that persists for several years, Frasch said.

Low oxygen during fetal development is typically a complication involving the placenta. Researchers modeled such conditions during pregnancy by placing pregnant sheep in an environment with lower than normal oxygenation, similar to that at high altitude. They then analyzed the fetal heart-rate variability – changes in heart rate that occur normally – to discern whether the lambs' hearts showed lingering signs of that poor oxygenation.

This research may have clinical implications, the researchers said. If babies from complicated pregnancies are identified to have abnormal fetal heart-rate patterns, then doctors could follow the development of these children more closely to protect against future risk of heart disease.

“We are excited about these results and the ability it may give clinicians to assess, in a new way, the hearts of otherwise asymptomatic kids who may have underlying heart problems,” Frasch said.

The researchers will continue to follow the cohort of toddlers in Brazil in collaboration with Schuler-Faccini and in other cohorts of children and adults known to have been exposed to hypoxia in the womb, he said.