Common HIV drugs increase a type of immunity in the gut

Common HIV drugs increase a type of immunity in the gut 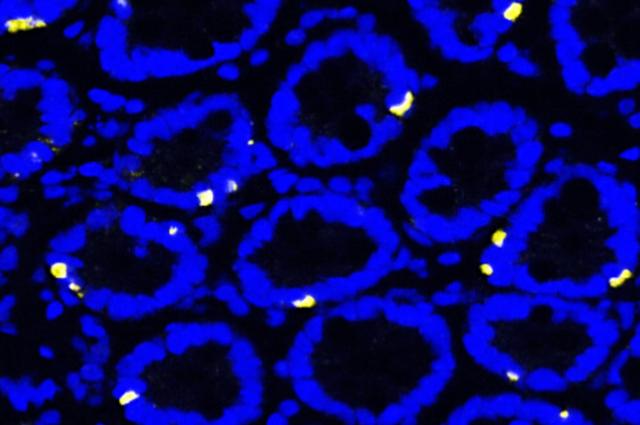 Drugs currently used to keep the HIV virus in check also cause immune-system changes that might make humans better able to resist viral infections – but might also cause harmful inflammation, according to a study published today in Cell Reports Medicine.

The UW Medicine-led study by Dr. Florian Hladik and Sean Hughes examined the effects of a commonly prescribed drug cocktail of drugs on the body.

Sold under the brand name Truvada, tenofovir disoproxil fumarate and emtricitabine (TDF/FTC) are prescribed in tandem for most HIV/AIDS patients to suppress viral loads to undetectable levels. First allowed for use in the United States 20 years ago, the drugs have enabled people to live for decades beyond their initial diagnosis.

However, Hladik said, "the virus itself never goes away."

In this research, the investigators studied the effect of TDF/FTC in patients who were using the drug to prevent HIV, and in the absence of active HIV infection.  The researchers observed patients over the past five years and also included data from two earlier studies.

“We wanted to know how the drugs themselves affect the immune system,” Hughes said. “We found that they stimulated type I / III interferon responses, a part of the immune system that is crucial for the body’s ability to fight off viruses. This only happened in the gut.”

The clinical consequences of the findings are uncertain and merit further study.

“Increased type I / III interferons could be a good thing and actually make the drugs more effective at suppressing viral infections, including HIV. However, they could also cause inflammation, which could contribute to conditions such as cardiovascular disease that are common in people living with HIV,” Hladik said. “These effects might even make it harder to find a cure for HIV if they make cells silently infected with HIV (called latent cells) more likely to survive or even cause them to proliferate.”

Hladik and Hughes also want to look for those same effects in people infected with HIV.

New drug regimens have just become available that highly suppress the HIV virus in patients and don’t contain TDF/FTC or other drugs of that class.  Both hope to conduct a trial comparing immunity in HIV-infected individuals using TDF/FTC to others using these newer regimens to determine whether their findings are true in HIV-infected individuals. The researchers hypothesize that the newer regimens will avoid chronic immune activation and decrease the number of latent cells.

“The most important next step is to repeat our studies in HIV-infected individuals, and to find out if replacing drugs such as TDF/FTC with newer regimens has clinically relevant effects on reducing chronic inflammation and persistence of latent HIV”, Hladik said.