Brain can induce diabetes remission in rodents, but how?

Brain can induce diabetes remission in rodents, but how? 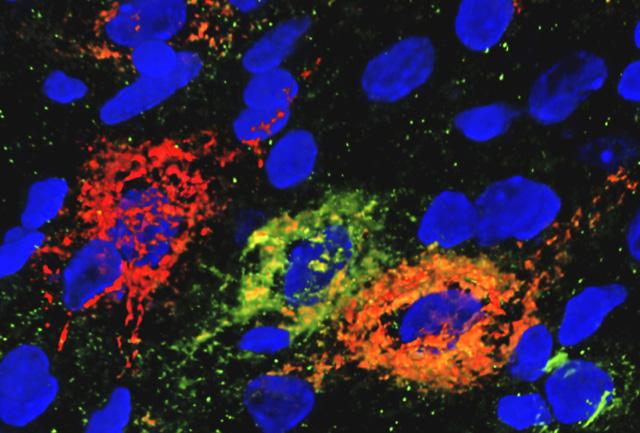 In rodents with type 2 diabetes, a single surgical injection of a protein called fibroblast growth factor 1 can restore blood sugar levels to normal for weeks or months. Yet how this growth factor acts in the brain to generate this lasting benefit has been poorly understood.

Clarifying how this occurs might lead to more effective diabetes treatments that tap into the brain's inherent potential to ameliorate the condition.

"Until recently, the brain's ability to normalize elevated blood sugar levels in diabetic animals was unrecognized," said Dr. Michael Schwartz, professor of medicine at the University of Washington School of Medicine and co-director of the UW Medicine Diabetes Institute. "By interrogating cellular and molecular responses induced in the hypothalamus by a brain peptide called fibroblast growth factor 1, our international teams' latest findings chart a path towards a more complete understanding how this effect is achieved.

"These insights," he said, "may one day inform therapeutic strategies for inducing sustained diabetes remission, rather than simply lowering blood sugar levels on a day-to-day basis as current treatments do."

Type 2 diabetes affects 10% of the U.S. population. It is closely tied to obesity and causes serious health problems including heart disease, vision loss, kidney failure, dementia, difficult-to-cure infections, and nerve damage. It also increases the risk of needing amputations. Control of blood sugar levels can prevent these problems, but is often hard to achieve and becomes an ongoing struggle for many patients.

In two companion papers in the Sept. 7 editions of Nature Communications and Nature Metabolism, international teams of researchers describe the intricate biology of the brain's response to fibroblast growth factor 1. The first team describes robust cellular responses that appear to safeguard brain-signaling pathways critical to keeping blood sugar in check.

A second team, containing some of the same researchers, made discoveries about extracellular matrix assemblies called "perineuronal nets" that enmesh groups of neurons involved in blood sugar control. The investigators learned that fibroblast growth factor 1 repairs perineuronal nets that have been damaged by diabetes. This response is required for diabetes remission to be sustained.

Dr. Tunes Pers, of the Novo Nordisk Foundation Center for Basic Metabolic Research, University of Copenhagen in Denmark, and diabetes and obesity researcher Dr. Michael Schwartz at UW Medicine in Seattle were senior authors of the Nature Communications report. The lead authors from their labs were Dr. Marie Bentsen and Dr. Dylan Rausch.

The international team of scientists that they assembled began by detailing changes of gene expression induced by fibroblast growth factor 1 treatment across diverse brain cell types located in the hypothalamus. This small region of the brain regulates many body functions, including levels of blood sugar, hunger, food intake, and energy use and storage.

The scientists found that glial cells, which not only provide structural support but also help to organize and regulate neurocircuit activity, responded more intensely than did neurons, brain cells known for electrical transmission of information.

Excessive activation of Agrp neurons is known to dampen melanocortin signaling. This effect has been linked to diabetes development in people and rodents. The researchers noted that prohibiting melancortin signaling after fibroblast growth factor 1 injection into the brain prevents sustained diabetes remission.

Among other cell types that responded robustly to fibroblast growth factor 1 are tanycytes, elongated, nutrient-sensing glial cells found only in the hypothalamus. Their contributions to normalizing of glucose levels require additional study.

The paper published in Nature Metabolism looked at structures that the scientists called "the previously unrecognized participants" in the mechanism behind fibroblast growth factor 1's ability to induce diabetes remission.

These are the perineuronal nets that enmesh blood sugar-regulating neurons in the hypothalamus, including Agrp neurons. The lead author of this paper is Kim Alonge, acting instructor in medicine at the UW School of Medicine. The senior author is Michael Schwartz.

Perineuronal nets promote neurocircuit stability by enmeshing neurons and girding the connections between them. The researchers wanted to know if obesity-related diabetes is associated with structural changes in these perineuronal nets, and whether those could be treated.

The research team noted that in the Zucker Diabetes Fatty rat model of type 2 diabetes, these nets are scarce in the hypothalamus compared to rats with normal blood sugar levels, Yet in other parts of the brain the nets are normal.

These finding identify perineuronal nets as key targets for sustained diabetes remission induced by the action of fibroblast growth factor 1. The researchers speculate that perhaps these nets help to constrain the activity of Agrp neurons and thereby pump up melanocortin signaling.

The researchers plan to continue to try to bridge the gap between the cellular (and extracellular) responses to fibroblast growth factor 1 and the normalization of blood sugar levels. This, they hope, may ultimately uncover novel strategies for achieving sustained diabetes remission in patients.

For news media only:

A video interview with Pers and Schwartz  for broadcast or web use is available.  Please contact Peter Stanners at the University of Copenhagen
peter.stanners@sund.ku.dk