In a trial, patients with low back pain and their clinicians received additional context about imaging findings in pain-free people. 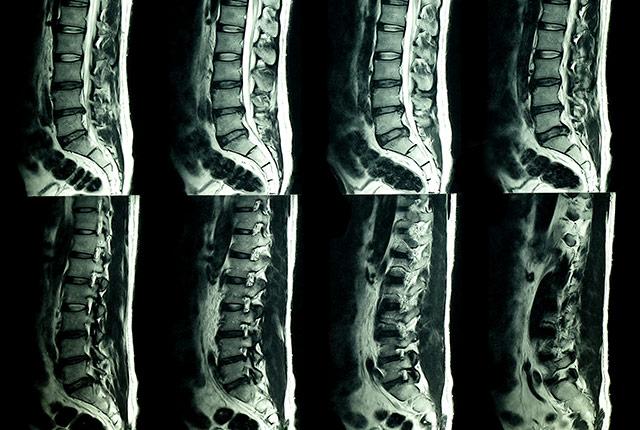 Your spine deteriorates naturally over time, even if you tread lightly and are mindful of good posture. Radiologists are keenly aware of this truth due to an endless queue of patients with low back pain whose imaging scans reveal no acute injury but, instead, show typical signs of activity, gravity, and aging.

Nevertheless many patients pursue medical opinions until they get the injury diagnosis they believe they deserve, as well as opioid prescriptions and/or spinal procedures to speed relief that might otherwise result from anti-inflammatory medication and rest.

UW Medicine researchers explored what would happen if patients’ imaging reports—terse anatomic observations of “disk height loss” and other findings—also included plain-language context that such findings are commonly seen in people who have no pain.

Would such context, provided to both patient and doctor, reduce follow-up visits?  Could it lower opioid prescriptions?

“We thought this extra information would reassure the clinician and the patient that the finding is in the range of ‘normal’ for their age group, and lead to conservative treatment,” said the study’s lead author, Dr. Jeffrey Jarvik, a professor of radiology at the University of Washington School of Medicine.

JAMA Network Open published the results: Although the context made no appreciable difference to patients’ volume of care in the following year, it did decrease the number of opioid prescriptions written in those cases.

This is consequential, Jarvik said.

“In 2018, there were over 168 million opioid prescriptions in the U.S., with back pain being one of the most common reasons. Anything that reduces opioid prescriptions helps to address the opioid crisis,” he wrote in an email. “Even a small decrease in prescriptions, such as 1%, could result in a large absolute reduction – perhaps 1 million a year.

The study ran for nearly three years, ending in September 2016.  It involved 238,886 patients who sought care at 98 primary-care clinics across four large U.S. healthcare systems. None of the patients had undergone a lumbar spine image test in the year before their presentation of low back pain. About half of the patients, and their primary-care clinicians, were randomly assigned to receive plain-language context relevant to the patient’s age and the type of imaging test they had.

“The intervention in our study is inexpensive and simple to deploy, and thus could be used on a wide scale,” Jarvik said.

Patients’ anxiety about medical unknowns sometimes reaches a point of catastrophizing, and research has shown this mindset to be a strong predictor of pain worsening.  It may follow, Jarvik said, that the intervention of reassuring context that ‘Your spine looks OK, within the range of normal,’ is more apt to connect with a patient’s anticipation of pain, thus reducing their desire for opioids more than reducing their downstream utilization of care.