Kim Dougan thought that at age 47, she didn’t stand a chance in the pre-med classes or even getting through the interview process. 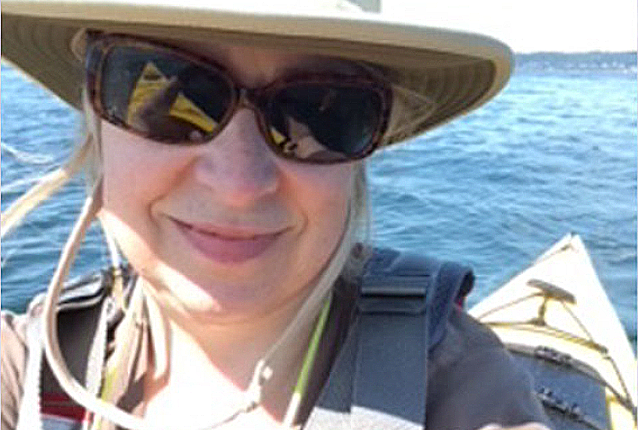 "Kim Dougan, MD," read the letter from the Oregon Health and Science University (OHSU) School of Medicine. Then she read it again.  “Welcome to the class of 2008,” the acceptance letter began.

The high school French teacher had thought that, at age 47, she didn’t stand a chance in pre-med classes or passing the interviews to be considered for a slot at OHSU. As a mother of two young children, she had to juggle being a mom, Cub Scout leader and tutor, all while studying for classes and eventually the Medical College Admission Test.

And she dreaded the idea of interviewing with a twentysomething PhD “who would take one look at me and decide I was too old for medical school,” says Dougan, who this sumer was named clinic chief of the UW Medicine Primary Care clinic on Lopez Island.

Reflecting on her pre-med anxiety, Dougan said fate seemed to intervene.  Her first interview was with a doctor who offered this greeting: “I hear we are stealing you from a noble profession.” The doctor’s wife was a high school teacher. The next interview was with a twentysomething physician who had grown up in Quebec and who spoke fluent French.

“We conducted the interview switching back and forth,” Dougan recalled, sitting in the 300-square-foot home she rents on the island. In a way, she said, landing this job and moving to Lopez has felt like a homecoming.

“This is such a great community and I love it here,” she says, laughingly calling her own wish to become a doctor “a midlife crisis.”

Her journey began when she graduated college with majors in French and art history, with designs on working for The Metropolitan Museum of Art in New York City. She did not get the job. Dougan and her husband eventually turned their eyes west and decided to go to Washington state. With their belongings, three cats and two dogs crammed into a Jeep, they arrived just as Mount St. Helens blew in 1980. The couple found a campsite where they could wait until the ash settled.

Dougan landed a job teaching French in Carnation, then moved on to Lake Washington High School, where she taught for the next 16 years. The Columbine High School shooting in 1999 rattled her, and she grew restless with her career. She left teaching and became a certified nursing assistant at around the same time as her husband lost his job in Seattle. The couple moved south to Portland, where he found a job at Intel and Dougan began working in a cardiac unit at a hospital.

“I looked around at the doctors and thought, ‘I could do that,’” Dougan says.

At age of 42, she began pre-med classes at Portland Community College. The instructors kindly helped her through tough classes like organic chemistry. She passed — and then came the med school application and the dreaded interviews.

Dougan graduated from medical school at 51 and completed a residency at Group Health. She loved her clinical rotations but found that her passion was working with teens and OB-GYNs.

Her career since has taken her to Bainbridge Island and to Olympia, where her kids, now grown, babysit a house along with four cats and five dogs.

“The goal of medicine is to help people and not judge them, especially people dealing with addiction,” she says. “The goal is to help them get to where they wish to be and respect their journey.”