Lack of devices created a "perfect storm" of events just before the school year's start. 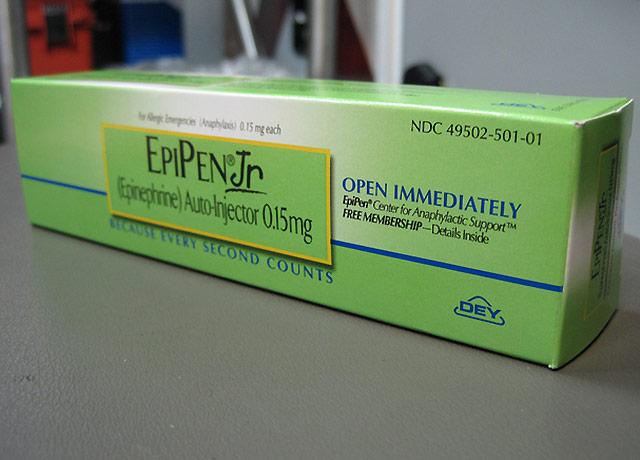 Flickr | M
A pediatric EpiPen. The manufacturer expects the device shortage to abate by year's end.

It was late August. The parent on the other end of the phone was distraught.  She had just learned that she’d have to provide an EpiPen to the school where her first-grade son was enrolled – and was told by a pharmacist that none were available.

The boy is allergic to shellfish.  EpiPens deliver a dose of epinephrine to stop a life-threatening allergic attack if an allergen is inadvertently eaten. Without the injectors and a signed letter from the child’s doctor, the school wouldn’t allow him to attend.

Dr. Doreen Kiss, a pediatrician at the UW Medicine Kent-Des Moines Clinic, couldn’t believe it.  After two hours on the phone, she finally got the child admitted to his elementary school.

“They were saying a first-grader was not going to be able to attend school for possibly three months,” Kiss said. “That was just not right. I don’t see how he could ever keep up if he was out that long.”

Here is Dr. Kiss' video interview on the topic.

Similar situations played out in the Seattle area as parents were finding that, even with a doctor’s prescription, EpiPens were difficult or impossible to find in south King County just before the school year’s start. Local pharmacies that had them in stock would distribute only one per patient.

“It was sort of a perfect storm of events,” Kiss said.  The shortage had been reported in May, but faded from headlines as summer vacations began. As the school year drew near, the reality of the shortage sunk in, she said.

“August is a month where parents renew their annual prescription for EpiPen and complete school medication forms.  Many were caught by surprise, with children facing exclusion right before the first day of school. Parents were frazzled.”

The situation abated somewhat after the FDA announced that EpiPens that had passed their expiration dates could still be used. The FDA also approved a generic form of the injector. But the changes provided only a temporary reprieve, Kiss said. Mylan, the maker of the EpiPen, has issued statements that it expects the shortage of injectors to ease by the end of the year.

The problem is not a lack of epinephrine but injector cartridges. Unless the supply increases, the scenario might play out again in January, with the second set of expiration dates, Kiss said.