The prognosis for a baby diagnosed for hypoxic-ischemic encephalopathy (HIE), isn’t good. But a new UW Medicine study may give parents hope. 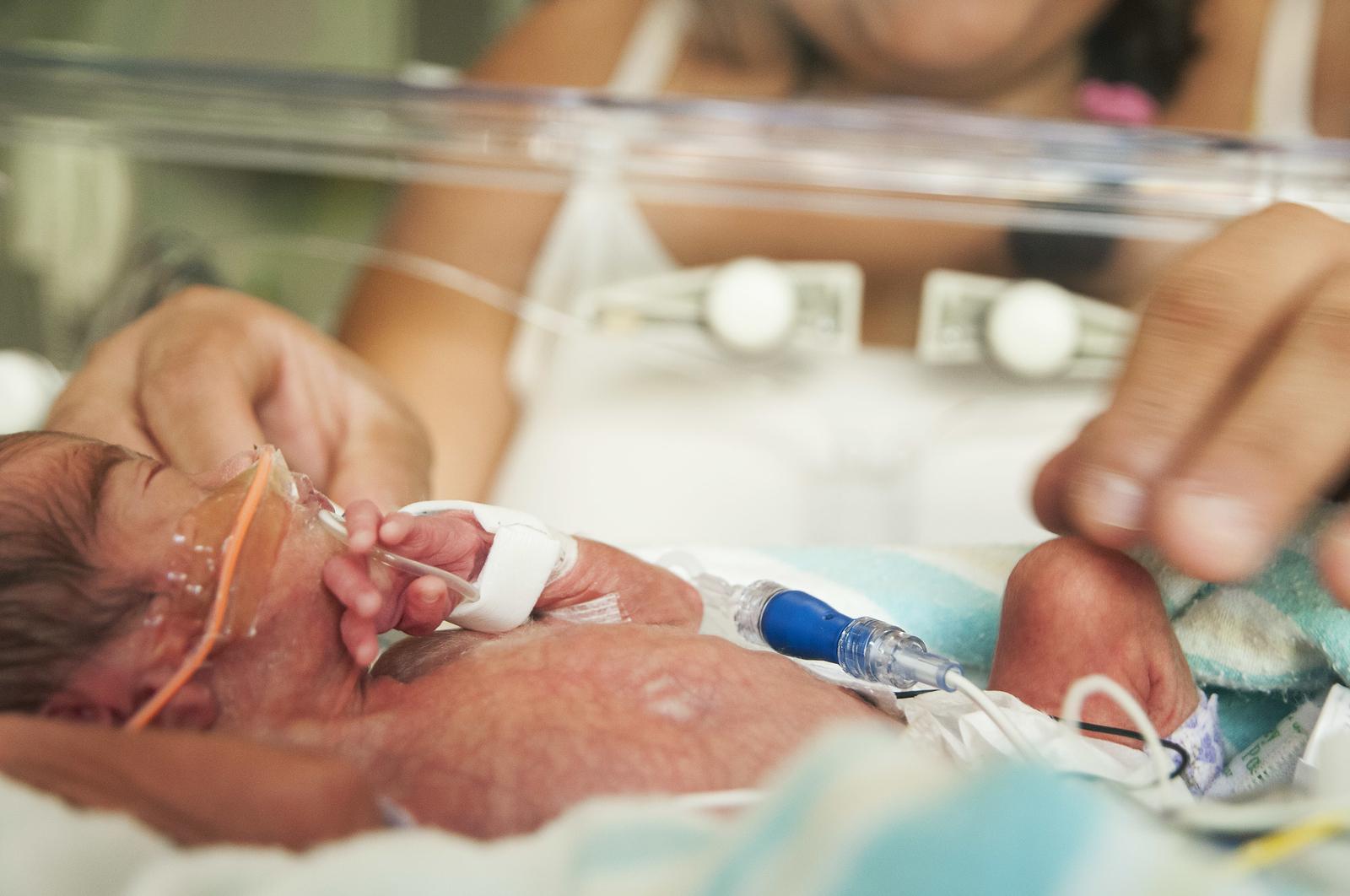 Clare McLean
Newborn at the University of Washington Medical Center.

The prognosis isn't good for a newborn diagnosed for hypoxic-ischemic encephalopathy (HIE).  HIE occurs when too little oxygen is going to the brain and other vital organs at or near time of birth.

“It’s a terrible disease, and without treatment, the chance of a poor outcome (neurological damage or death) for infants with this is 50 percent,” said Dr. Sandra “Sunny” Juul, a professor of pediatrics at the University of Washington School of Medicine.

Juul recently launched a five-year study to look at whether five doses of erythropoietin in the first week of life might help prevent infant death and neurodevelopmental impairment.  So far 181 babies have been enrolled; eventually the study will encompass 500 neonates with severe to moderate HIE and involve 41 medical sites across the United States.  Juul is co-leading the study with Dr. Yvonne Wu of the University of California San Francisco.

Previous trials of the drug, commonly called "epo," to combat or prevent HIE have shown less brain injury on brain MRI and improved motor outcome at 1 year of age, said Juul, who was lead author of a paper  outlining the protocols for the HIE study. It was published in Neonatology this month.

“We are very excited about this,” she said. “It really offers hope for these babies, and there hasn’t been much of that in the past.”

Epo is a naturally occurring hormone that encourages the production of red blood cells and is also important in brain development during pregnancy. Premature babies do not produce enough of this hormone. Juul and others think epo might prevent the neurological and cognitive disorders that emerge in about half of all preemies.

For five years, Juul has conducted the PENUT (preterm epo neuroprotection) trial to examine epo's effect on the brains of 940 babies born between 24 and 28 weeks. They are the tiniest of “preemies” – babies born before 37 weeks.

As many as 50,000 preterm babies and another 12,000 full-term babies with HIE may be eligible to receive the drug each year in the U.S.  Both preemies and term infants with HIE are prone to neurological disability, cerebral palsy, deafness and blindness. Autism and ADHD are more common, too.

“Epo seems to be safe, and we’ve found in animal studies and preliminary studies in human infants that it improves outcomes,” she said. “We know it decreases the need for blood transfusions, and if it improves neurological outcomes, that’s a home run.”