A study will examine whether individual and group support interventions, delivered virtually, influence these patients' outcomes. 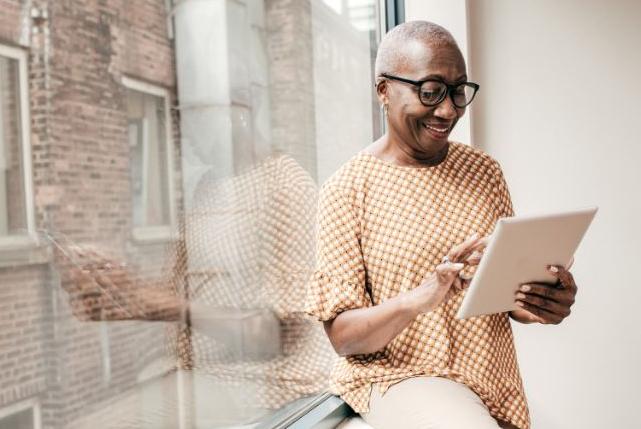 Getty Images
Black women appear to have less success with endometrial-cancer treatment than women of other ethnicities.

Numerous studies of endometrial cancer have confirmed that Black women have a mortality rate 90% higher than women of other ethnicities, as well as a poor recovery rate. These outcomes could be attributed to a more aggressive type of endometrial cancer, studies indicate.

In parallel, when high-risk endometrial cancer requires chemotherapy or radiation, Black women experience less-favorable treatment outcomes than do white women – likely related to treatment delays.  But those outcomes may also be influenced by another factor, social isolation, said Dr. Kemi Doll, a UW Medicine oncologist-gynecologist who specializes in endometrial cancer.

“Black women are uniquely at risk for social isolation due to cultural, socioeconomic or physical stressors," she said.

“Part of it is that they simply don’t know about this condition, so they might have been bleeding for months or years before being evaluated." As well, "the quality of our healthcare system really isn’t the same for Black women as it is for everyone else, especially when it comes to their reproductive healthcare,” she said.

Doll is a co-founder of Endometrial Cancer Action Network for African-Americans. In reaching out to Black women, she said, “We found that dealing with this disease was very isolating. Some in their community had not heard of it. There was a lot of silencing around it.”

With a new $6 million grant from the Patient Centered Outcomes Research Institute, Doll plans to study how an intervention to decrease Black women's social isolation might improve their rates of treatment completion and their overall outcomes. It is the first randomized trial to look at this issue.

The study aims to enroll over 250 Black women with high-risk endometrial cancer. They will undergo radiation, chemotherapy, immunotherapy, or a combination across 10 cancer centers in the United States. Participating sites include Johns Hopkins University, New York Presbyterian, the University of Chicago and the University of North Carolina.

Each woman will be assigned randomly to one of three study cohorts. The first group will have one-to-one peer support, the second will have facilitated group support, and the third will receive typical care, accompanied by supportive information by mail.  All support sessions will happen virtually.

“We had planned to make the sessions virtual from the beginning, since women often face hurdles to coming to a group for counseling, and because we wanted to reach women all over the country,” Doll said. “So this works out perfectly with the COVID-19 situation right now.”

The first part of the four-year study will examine how emotional stress and anxiety, financial stress, and race might affect how patients fare with treatment or recovery. The second part will evaluate outcomes for the women in each group to discern whether the virtual outreach helped the women complete treatments.

Doll suggested that the study's results could inform other cancer care by highlighting social isolation's potential role, as welll show ways to improve the care of other patient populations who face significant isolation.

“It’s the curb-cut effect, where cutting the curbs for those using wheelchairs on sidewalks also benefited moms in strollers and people on crutches. Everyone benefits,” she said. “This will help improve treatment for everyone.”