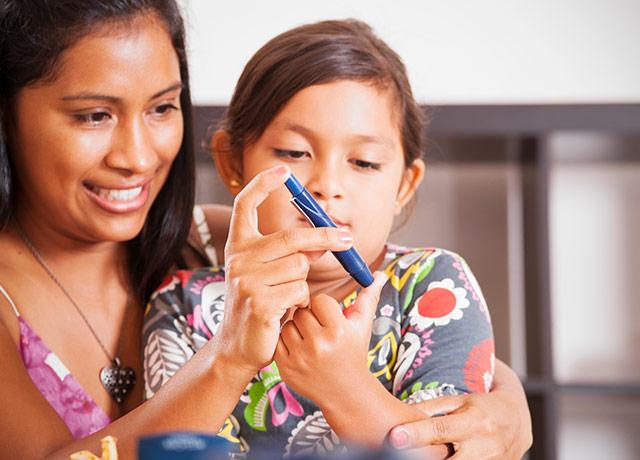 A major study has found that medicines used to treat diabetes in adults are not effective on youth. Researchers say the finding is disturbing because type 2 diabetes among youth is a growing problem.

In youth with impaired glucose tolerance or recent-onset type 2 diabetes, neither initial treatment with long-acting insulin followed by the drug metformin, nor metformin alone, preserved the body’s ability to make insulin, according to results published online June 25 in Diabetes Care. The publication is concurrent to a presentation of the results at the American Diabetes Association Scientific Sessions in Orlando, Florida.

“These findings tell us that the treatments that work on adults and that we currently use for type 2 diabetes in youth are not as effective as we would like and therefore we need to develop new approaches to treat adolescents with the disease," said Dr. Steven Kahn, professor of medicine at the University of Washington School of Medicine and  an endocrinologist at Veterans Affairs  Puget Sound Health Care.  Kahn leads the site in Seattle and chairs the national study.

The results were published concurrently in DiabetesCare with two other manuscripts that compared participants of the pediatric trial with their adult counterparts participating in two other RISE, or Restoring Insuin Secretion, trials.

The results come from a study of 91 youth ages 10 to 19, part of the larger RISE study. Trials in the RISE Consortium are among the first to directly compare youth with type 2 diabetes to their adult counterparts. To determine if early, aggressive treatment would improve outcomes, participants at four study sites were randomly assigned to one of two treatment groups. The first received three months of glargine, a long-acting insulin, followed by nine months of metformin, an oral medication which is commonly prescribed to help control high blood sugar levels. The second received only metformin for 12 months. Participants were then monitored for three more months after treatment ended.

The RISE Pediatric Medication Study found that beta cell function, which is key to the body’s ability to make and release insulin, declined in both groups during treatment and worsened after treatment ended.

“These studies provide critical new information that helps us better understand why type 2 diabetes seems to progress more rapidly in young people.  This is important news given the growing epidemic of this disease in youth, who were previously spared of type 2 diabetes and its complications,” Kahn said.

“Only two drugs are currently approved for youth with type 2 diabetes, and we were disheartened to find that neither effectively slows disease progression,” said Dr. Ellen Leschek, project scientist for the RISE Consortium and program director in NIDDK’s Division of Diabetes, Endocrinology, and Metabolic Diseases. “Type 2 diabetes in youth has grown with the obesity epidemic, and we need treatments that work for kids. It’s clear from this study and others that type 2 diabetes in youth is more aggressive than in adults.”

The longer a person has type 2 diabetes, the greater the likelihood of developing complications including heart, kidney, eye, and nerve diseases. The risk of these complications makes it critical for young people with type 2 diabetes to quickly achieve and sustain control of their blood glucose.  However, because type 2 diabetes has historically been an adult condition, information about how to effectively treat youth is limited. Pediatric diabetes experts have had to rely on best practices for adult treatment, an imperfect translation given the differences in physiology between the groups.

Learn more about RISE at www.risestudy.org.