Dr. Morhaf Al Achkar writes book, "Roads to Meaning and Resilience with Cancer," to help people ‘get busy back living.’ 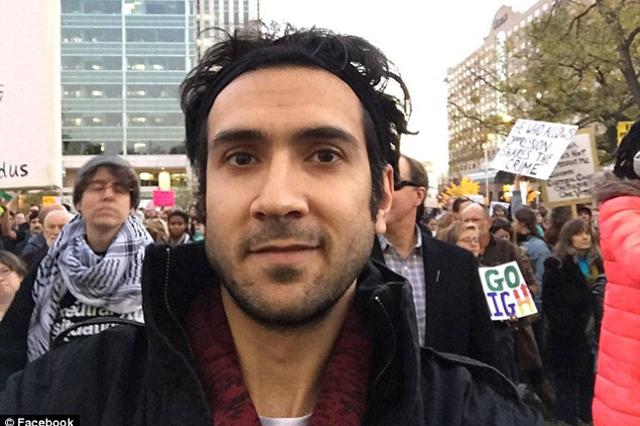 Facebook
“We can learn tons from those who struggle with cancer and live at the limits of time," Dr. Al Achkar writes in his book

Morhaf Al Achkar is a 36-year-old family medicine physician at UW Medicine who has been living with stage 4 lung cancer for more than three years. Dr. Al Achkar never smoked but, like many with the disease, he has a genetic type of lung cancer.

After a year of living with the disease, Al Achkar reached out to other people living with stage 4 lung cancer for inspiration. He gathered 40 stories of inspiration that were recently published in the book, “Roads to Meaning and Resilience with Cancer.”

“We can learn tons from those who struggle with cancer and live at the limits of time,” he writes in his book.  “All of society should be part of making the experience of the ill tolerable. That should define us as humans.”

He recently sent a copy of his book to Rush Limbaugh, a conservative national talk show host who announced Feb. 3 that he has advanced lung cancer.

"I hope he finds it meaningful and shares it to his audience," he said.

Lung cancer is the leading cause of cancer deaths. In 2019, alone, it is expected that 228,150 people will be diagnosed with lung cancer, and more than 142,670 will die from it, according to the American Cancer Society.

While a significant proportion of patients with lung cancer are diagnosed at advanced stages and have a survival rate of a few months, there are glimmers of hope.

Patients like Al Achkar with one of these mutations are on specialized treatments and are now living a few years rather than months – waiting for the next class of drugs to be developed. Al Achkar has a type of lung cancer has responded to treatment with targeted therapy in the form of pills he takes everyday.

As a qualitative researcher, Al Achkar knew stage 4 lung cancer was a novel area of research. He said the need for such work is enormous as the experience of people with advanced lung cancer has been associated with stigma and blame.

He wanted to break that cycle and help anyone dealing with a serious illness as well as inspire those he describes “with the gift of health.”

Al  Achkar is still working and seeing patients. His days are shorter. He gets tired more easily. But writing the book, he said, was a pleasant surprise because it allowed him to connect to people.

“Cancer tends to isolate people ,” he said. “This book helps people get busy back to living.”

He said he has found plenty of inspiration in how different people find meaning in life and continue to live with uncertainty, such as Nancy, one of the cancer survivors in his book.

“Life is precious, and even though the world can be an ugly place, it can also be made better,” Nancy said. “Life is an unfinished project, and similarly, finding meaning is an uncompleted task.”