This technique may someday be available to patients at in-clinic visits without anesthesia, the researchers suggested. 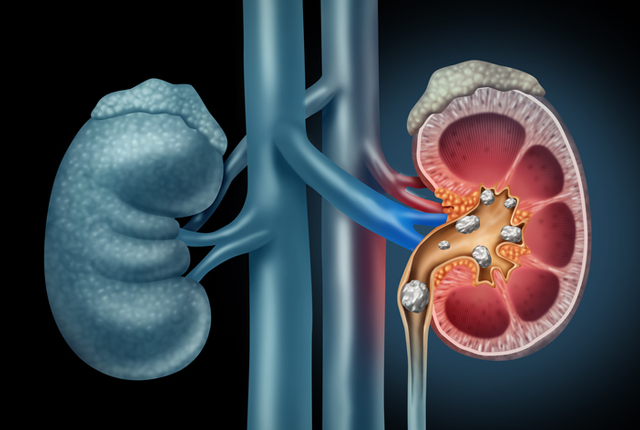 A small study shows that ultrasound bursts reduce kidney stones' volume by 90%, according to research published this week in the Journal of Urology.

Using burst wave lithotripsy (BWL), UW Medicine urologists were able to fragment the stones in 10-minute procedures on patients who were under anesthesia. Eventually, urologists could use this procedure on conscious patients in a clinic visit, said Dr. Mathew Sorensen, a study co-author.Sorensen is an associate professor of urology at the UW School of Medicine.

Kidney stones are common, affecting 1 in 10 Americans at a cost of $10 billion per year to treat, the report said.  While many stones pass on their own, treatments are sometimes needed to help expel them.

Every year, more than 600 people in the throes of kidney-stone pain seek emergency care at Harborview and UW Medical Center in Seattle. Kidney stones that become stuck in the urinary tract can cause debilitating pain: The obstruction of urine flow also can result in kidney swelling and cramping and set the stage for infection or lasting damage.

Many stones can be treated with a technique called extracorporeal shock wave lithotripsy (ESWL) where sound waves are used to break the stone so that the fragments would be more likely to pass. In some cases, however, ESWL only fractures the stones rather than pulverizing them, Sorensen said.

Ureteroscopy is another minimally invasive way to treat stones but often requires a temporary stent, which can be quite uncomfortable.

"The ways we have to currently treat stones have some downsides," he said. "Most involve anesthesia."

In contrast to the shock waves used in ESWL, the BWL procedure uses "short harmonic bursts" of ultrasound energy, potentially enabling the stones to be broken up in a shorter procedure without the need for sedation or anesthesia. Pre-clinical studies supported the effectiveness of BWL in breaking experimental stones of varying size and composition, the study noted.

In this study, Sorensen and urology colleague Dr. Jonathan Harper, the study's lead author, performed initial studies in human patients with kidney stones. The patients were undergoing ureteroscopy, which is used to treat larger stones. Before that treatment, the stones were treated with BWL for no longer than 10 minutes. Using the ureteroscope, the researchers were able to directly observe how well the ultrasound waves worked to break the stones, as well as observe any injury to the kidney tissues.

In the study, BWL was used in 19 patients to target 25 confirmed stones. Overall, a median of 90% of the stones' volume was completely broken up in the brief treatment. Most fragments measured less than 2 mm – small enough that they would easily pass on their own without much pain. Examination through the ureteroscope showed mild or no tissue injury related to the procedure, Sorensen noted.

For several reasons, BWL could be an important practical advance in the management of kidney stones, Sorensen said.

Many patients make multiple visits to the emergency department while waiting for definitive treatment of their stones, often requiring opioids for pain management.

The new results "are a step toward an office-based lithotripsy for awake patients," Harper wrote.

UW Medicine is enrolling patients in studies of BWL in awake patients who come to the emergency department with kidney stone pain; another study is looking at using a 30-minute procedure in the operating room to mimic ESWL.

The BWL technology was developed in a partnership with the University of Washington Applied Physics Lab and has been licensed to the company, Sonomotion.

This study was supported by the National Institutes of Health (P01 DK04331). Related research in the understanding of BWL and ultrasonic propulsion was funded by the NIH (K01 DK104854) and NASA grants initially made through the National Space Biomedical Research Institute.