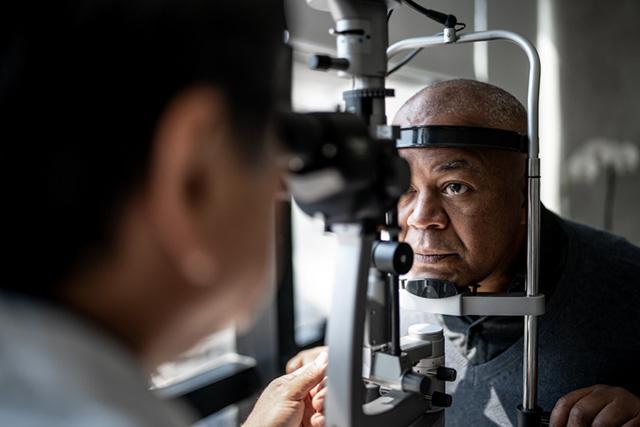 Cataracts affect most older adults at risk for dementia, and now researchers are finding strong evidence that cataract surgery is associated with a lower risk of developing dementia.

The Adult Changes in Thought (ACT) study is a long-standing, Seattle-based observational study at Kaiser Permanente Washington of more than 5,000 participants older than 65. Based on the longitudinal data of over 3,000 ACT study participants, researchers have now found that subjects who underwent cataract surgery had nearly 30% lower risk of developing dementia from any cause compared with those who did not. This lowered risk persisted for at least a decade after surgery. Cataract surgery was also associated with lower risk of Alzheimer disease dementia specifically. The results were reported Dec. 6 in JAMA Internal Medicine.

Lead researcher Dr. Cecilia Lee, associate professor and Klorfine Family Endowed Chair in ophthalmology at the University of Washington School of Medicine, said the observational study adjusted for a number of potential confounders, yet still yielded a strong association.

“This kind of evidence is as good as it gets in epidemiology,” Lee said. “This is really exciting because no other medical intervention has shown such a strong association with lessening dementia risk in older individuals.”

The mechanisms by which cataract surgery and lessened dementia risk are associated was not determined in this study. Researchers hypothesize that people may be getting higher quality sensory input after cataract surgery, which might have a beneficial effect in reducing the risk of dementia.

“These results are consistent with the notion that sensory input to the brain is important to brain health,” said co-author Dr. Eric B. Larson, a principal investigator of the ACT study, and senior investigator at Kaiser Permanente Washington Health Research Institute.

Lee said another hypothesis is that after cataract surgery, people are getting more blue light.

“Some special cells in the retina are associated with cognition and regulate sleep cycles, and these cells respond well to blue light,” she said, “Cataracts specifically block blue light, and cataract surgery could reactivate those cells.”

The study results highlight a strong case for further research on the eye-brain connection in dementia.  Previous studies by Lee’s group at the UW have shown a strong link between other retinal diseases, such as age-related macular degeneration, and the development of Alzheimer disease and dementia.  Subjects with macular degeneration or other retinal degenerative diseases are more likely to develop dementia, In the current study, subjects undergoing vision-improving cataract surgery had lower risk of developing dementia.  Further understanding the connection between the aging eye and brain may offer insights and potential therapies to slow or prevent age-related dementia.

The study: Researchers tracked participants diagnosed with a cataract or glaucoma but who did not have dementia at the time they volunteered for the study. Participants also did not have cataract surgery at the time of enrollment. Participants are evaluated every two years for cognitive abilities based on the Cognitive Abilities Screening Instrument, which scores in a range from 0-100. Participants with scores less than 85 undergo further neurological tests.

During follow-up of 3,038 participants (an average of 7.8 years per person), 853 subjects developed dementia, with 709 cases of Alzheimer disease. Approximately half of the participants (1,382 individuals, or 45%) had cataract surgery.  Analysis for risk of developing dementia showed that subjects who had undergone cataract surgery in either eye were about 30% less likely to develop any form of dementia for at least 10 years after their surgery.

Analysis was adjusted for an extensive list of factors including health-related confounders. Cataract surgery could appear to have a protective effect due to a healthy patient bias, where participants who underwent cataract surgery might have been healthier and at lower dementia risk. Researchers performed analyses to account for several types of potential bias, but still found strong associations when these factors were accounted for.

Researchers excluded eye surgeries in the two years prior to dementia diagnosis to rule out the possibility that people with cognitive decline prior to dementia diagnosis may have been less conscious of vision issues, and thus less likely to have undergone cataract surgery.  Even with this group excluded, the researchers found lower risks of dementia associated with cataract surgery.

As another control, participants were also evaluated for a possible link between eye surgery for glaucoma and dementia.  No association was found.

Strengths of study: This was a community-based, prospective cohort study with more than 23,000 person-years of follow up. More than 98% of the ACT cohort were seen at least once by eye care clinicians, with an average of 27 encounters. Dementia diagnoses were made by a panel of experts using research criteria. The possibility of healthy patient bias and potential confounders were thoroughly investigated.

Limitations of study: Results could be explained by unmeasured or residual confounding factors, like any observational study. There could be coding errors for cataract diagnosis. Only the participant’s first cataract surgery was evaluated so researchers don’t know whether subsequent surgeries impacted dementia risk. The majority of the study population was White, and it is unclear if the effect would be observed in all populations.

“Innovative research like Dr. Lee’s is helping to uncover how age-related changes in our senses contribute to dementia,” said Dr. Howard Fillit, founding executive director and chief science officer of the Alzheimer’s Drug Discovery Foundation (ADDF), a nonprofit dedicated solely to accelerate the discovery and development of drugs to treat and prevent Alzheimer’s disease and related dementias.

As part of its Diagnostics Accelerator research initiative, the ADDF is also supporting Lee’s work to develop new diagnostic tools for Alzheimer’s that use non-invasive imaging of the retina and artificial intelligence.