Simpler name for cancer genetic syndrome could save lives

Simpler name for cancer genetic syndrome could save lives

Names that label certain cancer risk genes as sex- or organ-specific can dissuade people who need to be tested, according to Nature commentary. 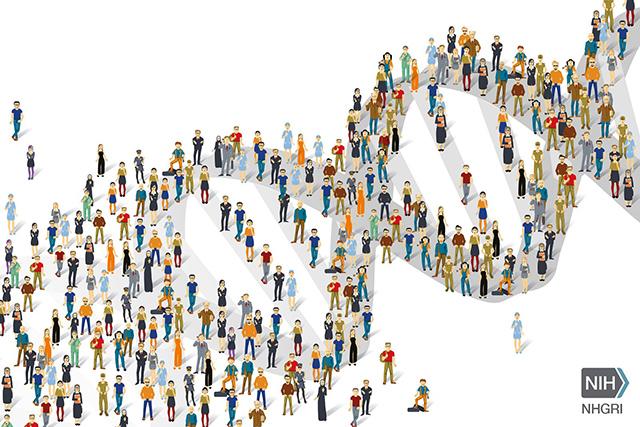 NIH/NHCRI
All sexes and gender identities can be affected by harmful BRCA1 and BRAC2 mutations, which raise risks for a variety of cancers, not just breast and ovary.

As medical science links certain genetic mutations with a greater variety of cancers, the names for these risk syndromes are falling out of step.

It’s more than just a name. These outdated designations could keep the tests from being offered to many people and families whose health is at stake and who, based on the results, might benefit from preventive measures or more effective treatment.

The problem is addressed in a commentary in the July 3 edition of the scientific journal Nature. Here is the opinion piece.

The author is Dr. Colin C. Pritchard, associate professor of laboratory medicine at the University of Washington School of Medicine and head of precision diagnostics at the Brotman Baty Institute for Precision Medicine in Seattle.

He explained that a name like “hereditary breast and ovarian cancer syndrome” incorrectly suggests that only female organs are affected.

In fact, all sexes and gender identities can be affected by harmful BRCA1 and BRAC2 mutations. An estimated 19 million people worldwide carry mutations in these genes.  Depending on the population, between 1 in 40 and 1 in 400 people have such a mutation.

Harmful mutations in BRCA1 and BRCA2 do encode for proteins associated with susceptibility to breast cancer and ovarian cancer, Pritchard said.  What many people don’t realize is that mutations in these genes can also predispose people to lethal prostate cancer, pancreatic cancer and some forms of leukemia.

However, even when BRCA1 or BRCA2 gene mutations are discovered in a woman, her male relatives might not have the test recommended to them.  Guidelines for prostate cancer, for example,  have only recently been updated to recommend BRCA1 and BRCA2 screening.

“Testing is still not being done for the right people at the right time,” Pritchard said. A study of a survey sample of 34,000 responders in the United States found that women were over 10 times more likely than men to be tested for BRCA1 and BRCA2 mutations.  Yet all sexes have the same mutation rate and the same chances of passing the mutation to their children.

Even when people are tested, Pritchard noted, they might not realize what the results mean for themselves or their family members.  Part of this misunderstanding comes from the mistaken belief that the mutation is passed only from mothers to their daughters. Men who are diagnosed with the syndrome sometimes hide the information from their family out of fear of stigmatization.

Yet that information might help protect lives. A man with late-stage prostate cancer, for instance, who knows that his sister has a BRCA1 mutation, might find that knowing he, too, has the same mutation, could open up more effective treatment options.  His sons and daughters could be told that it is possible to inherit the mutation from their father, and be tested accordingly.

Pritchard proposed renaming the syndrome after Mary-Claire King, a geneticist who was among the first to recognize that cancer could be inherited along a single gene. A professor of genome science and of medicine at the UW School of Medicine, King is a long-term advocate for BRCA1 and BRCA2 mutation testing to help prevent premature death from cancer.

King syndrome would have its precedent in other cancer risk syndromes, Pritchard said.  He mentioned Lynch syndrome, which acknowledges the late hereditary cancer research Henry T. Lynch.  Healthcare providers stopped using the eponym and called it “non-polyposis colorectal cancer syndrome.”  When that proved too limiting, Pritchard said, the name was reverted.

Pritchard outlined the benefits of changing HBOC to King syndrome.  Removing the specificity of sex and type of cancer from the name would accommodate the evolution of scientific findings. Mutations with similar actions and cancer-causing effects along the same DNA repair pathway could be linked to this syndrome.

A new name would also improve communication about the syndrome with patients and the public. Pritchard believes that it could help people realize that the cancer risk syndrome occurs in all sexes, can be inherited along either the father’s or the mother’s side of the family, and that the cancer risk is not confined to the breasts or the ovaries.  The new name might also increase the likelihood that appropriate testing is done across all sexes.

Pritchard also hopes to spark a wider discussion about obsolete names for genetic risk syndromes.  For example, a mutation originally linked to gastric cancer has now been found to increase the odds of a certain type of breast cancer, and also certain congenital malformations, such as cleft palate.

Pritchard said his goal in writing the Nature opinion piece was to call attention to the need for easy, adaptable syndrome names to better explain the broader effects of cancer risk genes to individuals and their relatives.