The study has started screenings and enrollment in the United States; screening in Africa will begin in June. 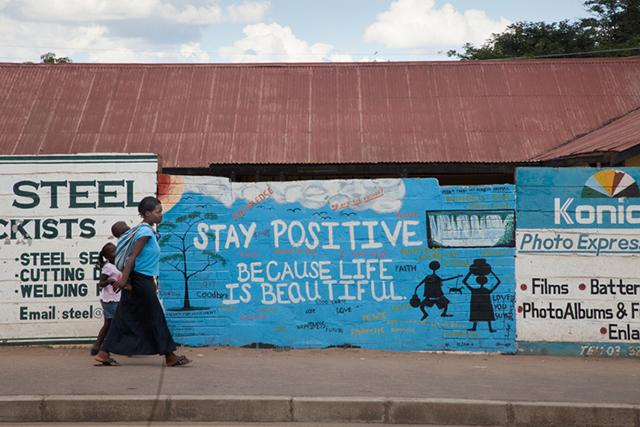 Getty Images
The study will take place in 21 sites in sub-Saharan Africa, including Zambia, pictured here.

Global health researchers at the University of Washington have received a $122 million grant from the Bill & Melinda Gates Foundation to test the effectiveness of a once-a-month oral pill to prevent HIV.

The five-year grant will support the implementation of a Phase 3, randomized trial of islatravir among women in seven countries in sub-Saharan Africa. Islatravir is a nucleoside reverse transcriptase translocation inhibitor in development by Merck for the treatment and prevention of HIV-1 infection.

“This could be a game-changer,” said Dr. Connie Celum, a UW professor of global health, medicine and epidemiology, and the study’s lead investigator. “The whole field is moving toward less adherence-dependent and easier strategies for users of HIV prevention.”

Celum directs the UW International Clinical Research Center, which runs large-scale HIV trials, including one that allowed the daily prevention pill to be sold to the public. The center is part of the Department of Global Health, which is housed in the UW Schools of Medicine and Public Health.

Prevention is key to ending the HIV epidemic. The United Nations’ global goal for 2020 was 3 million oral pre-exposure prophylaxis users, but by the end of 2020, fewer than 1 million people worldwide had started taking those pills.  While the current standard of care, daily oral pills, effectively protects those who use it consistently, the ability of people to adhere to that regimen is a major concern.

A paper published in Cell last year by Celum and her global health colleague Dr. Jared Baeten found that some of the greatest doubts about taking a pre-exposure prophylaxis were voiced by young African women, who account for approximately 25% of new HIV infections globally.

The women cited concerns about being perceived as HIV-positive because the prevention pill looks identical to treatment medication. They also expressed uncertainty about HIV risk, challenges with discreet product storage, remembering to take a pill daily, and potential side effects.

Different formulations and delivery mechanisms are needed that are highly effective, safe, convenient, and convenient to populations at increased risk for HIV infection, Celum said.

“For some people, a daily pill is easy. But when you’re talking about populations where sexual activity is stigmatized, particularly young African women, men who have sex with men, or female sex workers, there are a lot of barriers to taking a pill a day,” she said.

The study, known as IMPOWER 22, will evaluate the efficacy and safety of monthly oral islatravir compared to a daily preventive pill. The study will involve 4,500 healthy, HIV-uninfected cisgender women ages 16-45, 4,000 from across 21 African sites in South Africa, Uganda, Kenya, Malawi, Eswatini, Zimbabwe, and Zambia, and 500 women at sites in southeastern and eastern United States.

The IMPOWER 22 study has started screenings and enrollment in the United States and will start screening in Africa in June.

The study is a double blind, doubly dummy trial. Participants will receive either a daily dose of emtricitabine-tenofovir (which is approved as pre-exposure prophylaxis) and placebo that looks look islatravir, or monthly islatravir and daily placebo that looks like emtricitabine-tenofovir. Researchers will then compare the rate of infection in the two trial arms. The overarching hypothesis is that monthly oral islatravir will be superior to the daily pill, as defined by HIV incidence, safety, and tolerability.

Enrollment will start with women aged 18 or above. Once the medication is deemed safe by an independent external data monitoring board, the younger end of the age range will be lowered from 18 to 16 to begin data collection on adolescent women. This will be one of the first studies that will give women who become pregnant the choice to continue with the drug under investigation or switch to open label daily emtricitabine-tenofovir.

Data from early phase studies have found islatravir to have the highest potency among current nucleoside analogues.  It also has a favorable safety profile, lack of food requirements, and no significant interaction problems with other drugs. If the trial is successful, islatravir will advance to the U.S. Food and Drug Administration for review.

“If we’re going to impact the HIV epidemic through prevention, we have to do it at a much larger scale,” said Celum. “If you only had to take one little tablet once per month and not deal with daily pill-taking and storage, that’s a totally different ball game.”