The convenient BinaxNOW test for COVID-19 antigens can detect patients with recent symptoms, but may miss others. 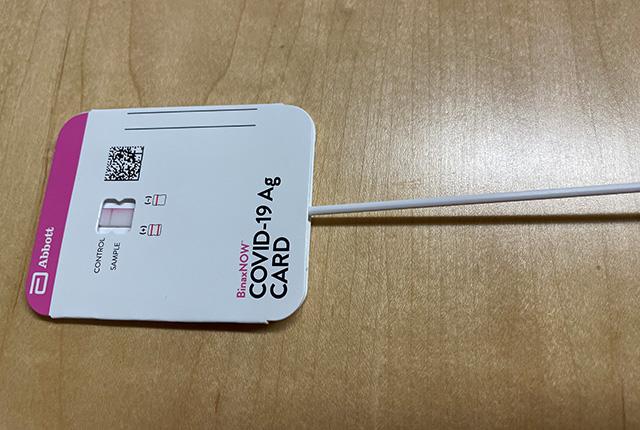 The recently approved Abbott BinaxNOW COVID-19 antigen test is sensitive enough to identify people with recent onset of COVID-19 symptoms, but may not detect those with virus at levels that can still be grown in a dish, new research suggests.  This may limit the test's value in high-risk exposure areas such pre-procedural screening or admission to healthcare facilities.

“The Abbott test works surprisingly well, but it will likely miss cases from whom live virus would be detected by other methods,” said Dr. Alex Greninger, assistant professor of laboratory medicine and pathology at the University of Washington School of Medicine. He was senior author of the study, published in the Journal of Clinical Microbiology.

The U.S. Food and Drug Administration issued emergency-use authorization of Abbott BinaxNOW COVID-19 Ag test in August. The U.S. government subsequently purchased 150 million of the rapid-result test cards over the next three months and distributed them around the country. The test, which quickly detects the presence of a viral protein, makes it possible to easily test a patient for coronavirus infection by rubbing a nasal swab on the card. The test can be done anywhere and results are available in minutes. This has made it possible to quickly and conveniently to test people in doctors' offices, clinics and schools whose access to a laboratory may be limited.

The FDA authorization was based on testing of slightly more than 100 specimens, and specified that the device should be used to test people within seven days of their symptom onset.  This period is when patients are likely to be shedding large amounts of the virus, making it easier to detect. But many healthcare providers and organizations such as sports teams and nursing homes have been using the test to screen people who have no symptoms, when someone could be infected but shedding low amounts of virus.

To see if such “off-label” use was appropriate, the UW researchers examined the Abbott test's sensitivity by comparing its results with those of a highly sensitive test called qRT-PCR (quantitative reverse transcription polymerase chain reaction). This test, used in most clinical labs, seeks the virus' RNA genome and can detect as little as a few hundred viruses in a sample.

By contrast, for the Abbott test to detect the presence of the virus 95% of the time, a swab sample would need to contain more than 40,000 SARS-CoV-2 viruses, the researchers found.  This makes the BinaxNOW test approximately 100 times less sensitive than the qRT-PCR method.

“Although affordable, rapid testing is critical for reducing transmission in this pandemic, it’s important to understand how these tests perform and use them appropriately,” Greninger said. “There simply aren’t enough of these tests yet to enable widespread, repeated screening of the general population.”

Garrett A. Perchetti, a research scientist in the UW Medicine Virology lab was the lead author. Meei-Li Huang and Margaret G. Mills, also research scientists in the department, and Dr. Keith Jerome, head of the Virology Division at UW Medicine, were co-authors. The study was supported by the UW Department of Laboratory Medicine and Pathology.