Project aims to boost care for opioid use among homeless

Project aims to boost care for opioid use among homeless

Four sites in Washington state are involved in a new program to provide addiction treatment to high-risk populations. 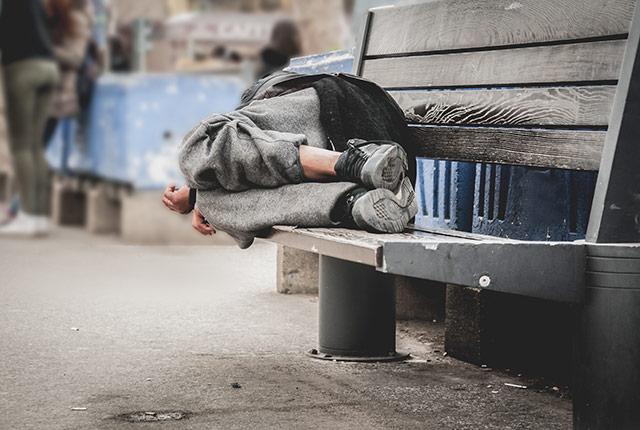 The Paul G. Allen Family Foundation and the University of Washington’s Alcohol & Drug Abuse Institute (ADAI) today announced the Meds-First Initiative that expands an innovative approach to treating opioid-use disorder for high-acuity populations to four locations in Washington. The treatment sites are located across the state in North Seattle, Spokane, Tacoma and Walla Walla.

“Medication for opioid-use disorder can save lives. Studies have shown it decreases mortality by anywhere from 40 to 60%,” said Caleb Banta-Green, ADAI research scientist and a UW affiliate associate professor of Health Services. “Unfortunately, the majority of people with opioid-use disorder don’t have access to it.

“The Meds-First Initiative expands access to high-needs populations across Washington. This is a bold approach to ensure that everyone who wants access to the most effective treatments gets them. Until we reach everyone who wants care, we won’t be able to have a major impact on this epidemic of opioid addiction and death,” Banta-Green said.

The initiative removes barriers to medications for opioid-use disorder and provides a research-based model of care for high-needs populations such as people experiencing homelessness. It meets people where they are, providing on-demand, patient-centered care in places that underserved groups already frequent – ensuring those who seek care receive it as soon as possible.

The ADAI-led project involves treatment at:

Each site will employ care navigators, nurse care managers, and prescribers; the initiative expects to serve approximately 1,250 patients over two years. Nurses and prescribers will provide medical care, and care navigators will serve people from first contact through initial medication stabilization and onto long-term recovery.

The Meds-First Initiative is based on a successful pilot study in Seattle’s Belltown neighborhood that in its first year treated 147 patients, 82 percent of whom were experiencing homelessness. The program reached capacity within three months and had retention rates similar to those seen in primary-care settings, despite the much greater challenges faced by this underserved population. Results of the pilot were published in the August 2019 Substance Abuse journal.

If the results from the trial’s second year are consistent with initial findings of engaging many more people at high risk for overdose, this care model of care could save 16,000 lives every year, implemented on a national scale, Banta-Green said.ADAI will provide ongoing support, training, technical assistance, and clinical consultation to staff.

“In Washington, roughly two people a day die from opioid-use disorder. Our community can and should do better,” said Bill Hilf, CEO of Vulcan Inc. “Our goal in supporting the Meds-First Initiative is to make medication more accessible, and to prove a model of treatment that can be scaled to save lives.”

ADAI will conduct a comprehensive implementation research study to test the effects of the intervention on retention of medications for opioid-use disorder, emergency healthcare utilization and hospitalization, arrests, and overdose and all-cause deaths.

“Opioid-use disorder is a critical health issue for many Washingtonians,” said Dr. Charissa Fotinos, deputy chief medical officer at the Health Care Authority.  “We’re pleased to be a partner on this initiative and look forward to the positive impact it could have on our state’s vulnerable populations.”