Pain, anxiety should be dealt with soon after MS diagnosis

Pain, anxiety should be dealt with soon after MS diagnosis 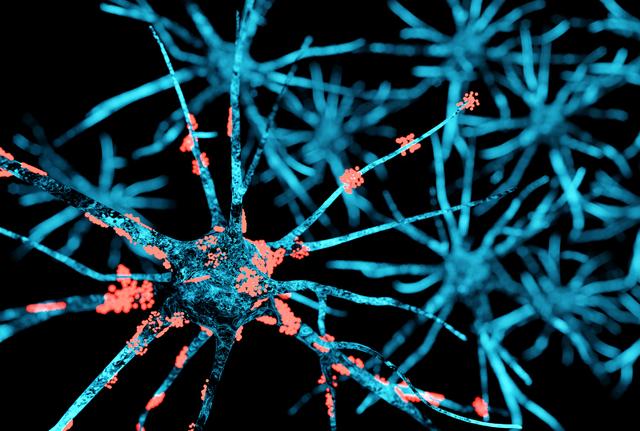 Getty Images
“We want to address this immediately, rather than 5 or 10 years down the road,” said Kevin Alschuler, PhD, of UW Medicines Multiple Sclerosis Center.

Two recently published studies by UW Medicine researchers indicate that clinicians should offer non-pharmaceutical help for pain, fatigue, depression or anxiety at the time of diagnosis for patients with multiple sclerosis, rather than wait.

The first study, published in the April 2022 edition of the Multiple Sclerosis Journal, noted that clinically-significant levels of pain, fatigue and depression, and anxiety were commonly seen in newly diagnosed patients. The findings also indicated that prompt screening was necessary if quality of life was to be maintained and optimized.

“The take home was that we found these symptoms, pain, fatigue, depression and anxiety quite prevalent” at the point of diagnosis, said Kevin Alschuler, principal investigator of this National MS Society-funded research study. Alschuler directs of psychology service at UW Medicine’s Multiple Sclerosis Center.

“We want to address this immediately, rather than five or 10 years down the road,” he said.

According to the National Multiple Sclerosis Society, more than 1 million people are living with MS in the Unites States. A majority live in cooler climates, such as the Northwest. The disease, of which there is no known cure or exact cause, works by something triggering the body’s immune system to attack the brain and spinal cord. The resulting damage to the myelin – the protective layer around the nerve fibers -  disrupts signals to and from the brain. The result is numbness, memory problems, pain, fatigue or even paralysis.

This study, as well as a companion study published in the May print edition of the Journal of Neurology, followed the same cohort of patients – largely White and female– through the first year after their diagnosis. In all, the studies followed 230 patients. The patients were recruited from the UW Medicine Multiple Sclerosis Center and the Swedish Neuroscience Institute’s MS Center between 2014 to 2018.

The second study looked at the quality of life for patients immediately after, at two months, three months, six months, nine months and then a year after diagnosis. The results of the study showed that, on average, quality of life was largely stable throughout the year, a finding that surprised researchers.

“Patients who are newly diagnosed have to deal with the emotional impact of the diagnosis, as well as numerous tests and treatment decision-making,” noted Alschuler, who was lead author on the study.

“Results showed that, on average, if they came in and were doing great at diagnosis, they had a tendency to stay that way throughout the first year, “ Alschuler said. “If they were struggling, they also tended to stay that way.”

Alschuler and his colleague Dawn Ehde are both interested in early non-pharmaceutical interventions for common symptoms experienced by MS patients. Ehde is a clinical psychologist and holds the Nancy and Buster Alvord Endowed Professorship in MS Research in the UW School of Medicine's Department of Rehabilitation Medicine.

Many times, patients had been dealing with the symptoms years before a formal diagnosis, both noted.

“Through symptom self-management, including cognitive behavioral therapy, we help patients become empowered with coping skills, especially in the areas of fatigue and pain,” said Ehde, who was a co-author on the quality of life study published this month. With Alschuler, she has published studies demonstrating the effectiveness of such interventions in people who have had MS for years. Ehde was also one of the lead authors of the April study. which looked at the trajectory of symptoms a year after an MS diagnosis.

“We teach them how to use strategies such as relaxation or mindfulness meditation techniques, as well as how to pace themselves to decrease fatigue and better manage stress,” she said. “Patients who learn these skills often find that not only do their pain and fatigue go down, they are able to do more of what is important to them despite their MS.”

The next step for the team is to explore options for early interventions to help newly diagnosed patients.  Along these lines, Alschuler has worked with colleague Ivan Molton, another clinical psychologist, to develop an intervention to help newly diagnosed patients cope with the uncertainty that is central to living with MS. Their 2019 pilot study looked at the impact of promoting tolerance for uncertainty in improving quality of life and lessening anxiety.  They followed this with a larger clinical trial that recently completed data collection, Alschuler said. Results of that study are anticipated later this year.