Using high-frequency waves, the new treatment pushes smaller stones from the bottom of the kidney toward the ureter. 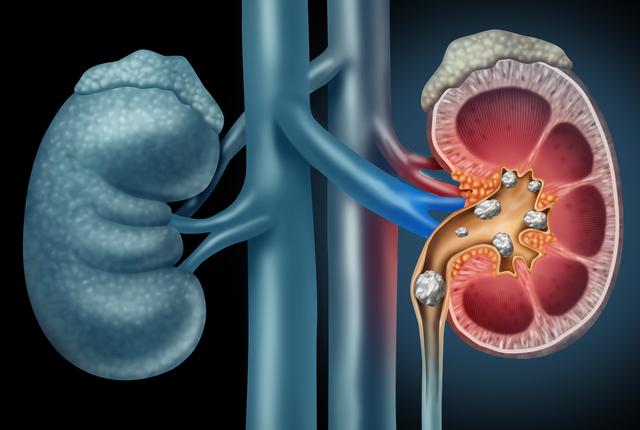 Getty Images
New handheld technology lets doctors maneuver small stones to the ureter, so they can be expelled naturally.

Patients dealing with small kidney stones that persist after surgery may soon have options to “push” the stones from their body, rather than face another more invasive procedure.

A clinical trial at the Kidney Stone Center at UW Medical Center – Northwest is testing the ability of ultrasound waves to dislodge and move small fragments left behind after surgery so they can naturally be expelled.  A team representing the University of Washington's Applied Physics Laboratory and the Department of Urology hopes to finalize trial results and submit the process to the U.S. Food and Drug Administration for approval next year.

So far the results have been good, said Dr. Mathew Sorensen, a UW Medicine urologist.

“All the surgeries that we do to treat stones have the potential to leave fragments behind,” Sorensen noted. “Some of those fragments, especially if they're small, usually clear pretty quickly. But the ones that stay and hang out, especially if they stay in the bottom of the kidney, they have the potential to grow and ... lead to another event such as surgery or an unpleasant [emergency room] visit down the road.”

The ultrasound procedure being tested does not require anesthesia, just one or two clinic visits of about 30 minutes each. Then the fragments have a better chance of clearing, sometimes with a few hours, Sorensen said. So far 55 patients have been enrolled in this trial, and Sorensen’s team hopes to enroll 12-16 more.

NASA is particularly interested in this technology. For astronauts on long missions in a weightless environment, kidney stones are a real concern because no surgical option exists to treat the condition in flight, Sorensen said. More than 30 astronauts have reported kidney stones within two years of space flight, so NASA assumes a similar situation could develop during a trip to Mars or the moon. Kidney tissue samples from UW Medicine were recently flown to the International Space Station to observe kidneys' function in space.

Sorensen’s group also is exploring using ultrasound to break larger stones into small pieces, and then use this handheld device to push and expel the fragments to help resolve a painful event. This may allow treatment of stones without anesthesia and pose an attractive option for at-risk patients, such as those with spinal cord injuries.

“Imagine a scenario where you get diagnosed with a stone and you come in and you see us in clinic, and it's a small or modest-sized stone that we normally would talk about treating with a surgical procedure, but instead we might offer a 30-minute, no-anesthesia procedure to break the stone and move it so it can be expelled,” he said. This technology is also of interest to NASA, he added.

Back down on Earth, Sorensen can relate personally to this new technology.

“I've had three stones myself, including one procedure to treat a stone, so I'm definitely familiar with the discomfort and pain that they cause,” he said. “Anything we can come up with that is going to be as effective as and less invasive than some of the technologies we have now, and not require anesthesia, I think that's a really exciting future,” he said.

Every year, more than 600 people in the throes of a kidney-stone episode seek emergency care at Harborview and UW Medical Center in Seattle. Kidney stones become symptomatic if they become stuck in the urinary tract, causing debilitating pain. In addition, obstruction of urine flow causes a backup, which can result in kidney swelling and cramping, and set the stage for infection or lasting damage.