Presence of a modified protein identifies tumors that seem unharmful but actually are dangerous and require intensive care. 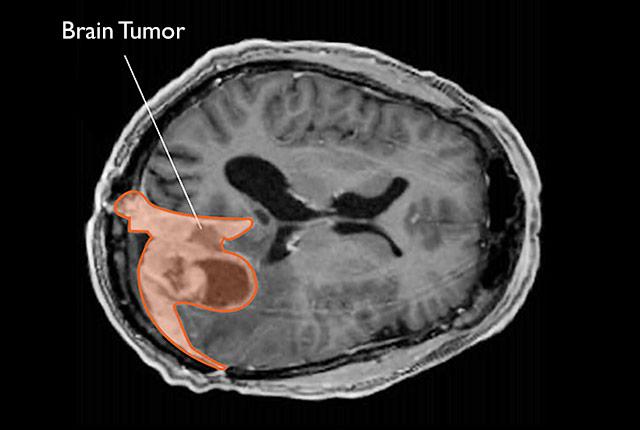 National Cancer Institute
Meningiomas are graded by microscopic appearance, rate of growth and tendency to invade other tissues.

A modified protein in benign-appearing meningiomas can reveal which are truly benign and which are more dangerous and require more aggressive treatment, researchers have discovered.

The finding may also offer clues as to why these ‘benign’ tumors, which arise from the membranes that surround the brain and spinal cord, start to grow rapidly and spread. It may inform the discovery of drugs to treat the tumors more effectively, the researchers said.

“We hope this modified protein will not only serve as a biomarker to identify these tumors but also help us gain insights into the pathways that drive their behavior,” said Dr. Manuel Ferreira, the paper’s senior author and an associate professor of neurological surgery at the University of Washington School of Medicine.

Meningiomas are the most common tumor to arise from central nervous system. Nearly 32,000 people are diagnosed with meningiomas in the U.S. each year.

Meningiomas are graded based on their microscopic appearance, rate of growth and tendency to spread to other tissues:

Some grade 1 tumors, however, turn out not to be so benign. They recur earlier and, if some residual tissue is left behind after surgery, tend to regrow quickly.

“We’ve designated them grade 1.5 because they fall somewhere between grade 1 and grade 2 but until now we’ve had no way of telling which grade 1 tumors were, in fact, grade 1.5,” said Ferreira. “They look the same under the microscope and there are no clear genetic or other markers that identify them.”

In the study, the researchers analyzed meningioma tissue samples collected from surgical patients over the past three decades. The biobank is maintained by UW Medicine’s Department of Neurological Surgery, and samples include de-identified records of how the patients fared. The researchers were able to identify patients whose meningiomas were considered grade 1 at time of surgery and who responded well to treatment, and those who saw their meningiomas recur or residual disease regrow quickly – tumors that would constitute a 1.5 grade.

Since no known genetic alterations distinguished grade 1.5 from grade 1 tumors, the researchers studied whether protein modifications were more likely in the grade 1.5 tumors. In particular, they looked for a modification called phosphorylation, which occurs after a protein has been synthesized and affects how the protein behaves. It involves the addition of a molecule called phosphate, which is made of a phosphorous atom surrounded by four oxygen atoms. Through the process of phosphorylation a cell can regulate key proteins that control its cellular functions.

This analysis allowed the UW team to not only sequence all the proteins being made in the tumor cells, but also to identify which were phosphorylated and on which amino acid of the protein chain the phosphate groups were attached.

In the tumors that showed grade 1.5 behaviors, there was a 360% increase in phosphorylation at one site on a protein called retinoblastoma 1, or Rb1. Rb1 is a “tumor suppressor” gene that helps keep cells from growing too fast or in an uncontrolled way. Mutations that alter its protein play a role in many cancers. But in these grade 1.5 meningiomas, the gene is not mutated, and the protein is normal.

Instead, its phosphorylation appeared to be associated with a behavior that was more aggressive than that seen with a true grade 1 tumor.

“We don’t know what is causing Rb1 to be phosphorylated, and we don’t know what effect the phosphorylation is having,” Ferreira said. “But now we can stain tissue from a patient who has what appears to be a grade 1 meningioma and identify those whose tumors may be grade 1.5, requiring closer follow up and perhaps additional treatment.”

The team is now working to understand what role the modified Rb1 plays in tumor behavior, Ferreira said. “Once we find out what phosphorylating Rb1 at this specific site does, we may be able to treat these tumors with drugs that target Rb1 over-activation.”