Prime-and-trap effort harnesses T cells, instead of antibodies, to fend off early-stage malaria infection in mice. 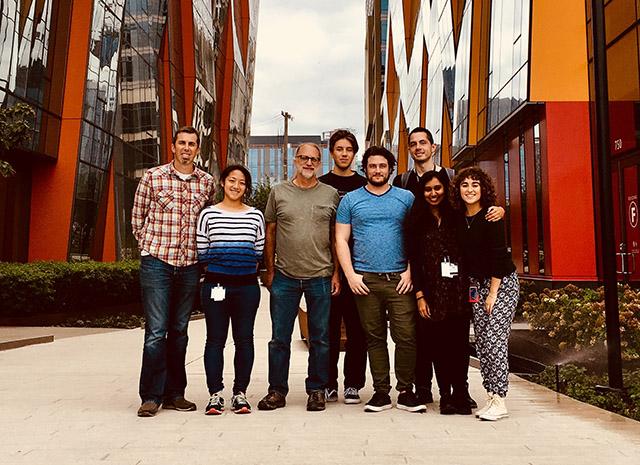 After an infected mosquito bite, malaria parasites travel from the bite site to the liver.  For that reason, the liver has become the target of numerous efforts to develop a potential vaccine.

Currently there are no approved vaccines for people against any parasitic diseases, including malaria.

Using a novel, liver-targeted vaccination strategy, researchers now have reported the successful testing in mice of a tissue-specific malaria immunization. The results appear in the Journal of Immunology.

Malaria parasites take on a number of different forms during their complex life cycle.  The parasite first infects people during the so-called sporozoite phase, when it resembles a small, curved whisker in the mouthparts of an infected mosquito.

After a mosquito bite, the sporozoite infects human liver cells.  People generally don’t feel ill during the liver infection.  About a week later, the parasites vacate liver cells and invade red blood cells.  This is when symptoms of malaria appear.

“It’s a race against time,” Murphy said, “We have this seven day window in the liver to kill all the infected cells or we lose.”

Most vaccines tested to date work by virtue of antibodies, he explained.  Antibodies are small molecules that recognize pathogens and block their ability to infect human cells.

The Murphy Laboratory is interested in a different arm of the immune system,  white blood cells known as T cells. For a potential malaria vaccine, his group found ways to harness a particular type of these infection-fighting cells. Their aim is to have these white blood cells ready and waiting in the liver to squelch an infection before it spreads.

“What we reasoned and what other research has taught us,” Murphy said, “it that we need to get these memory T cells prepositioned in the liver.”  The researchers applied a combined approach called “prime-and-trap” to train and recruit these defenders to the proper location.

First, a malarial DNA inoculation primes the immune response and increases the number of desired T cells. A gene gun delivers the DNA.  This promising platform technology also is being used by gene gun pioneer and UW Medicine flu vaccine researcher Deb Fuller.  To make a gene gun vaccine, DNA from the pathogen is put on tiny gold particles. Next a pulse of helium gas pushes the coated gold particles into the skin, where an immune responses to the DNA-encoded proteins is triggered.

In the “trapping” step, attenuated parasites themselves escort the primed T cells to the liver.

“After all, they’re professionals at going to the liver in the first place,” Murphy said.

Resident memory T cells became abundant in the liver.  The treated mice had the strongest immune response amongst the methods tested. They were reliably protected against subsequent challenges from wild-type malaria parasites.

“We had tried some other methods to make this work,” he said. “We used a DNA vaccine that induced a T cell immune response, and low and behold the mouse spleens filled up with the primed T-cells.  But those T cells didn’t have any reason to go to the liver. When the mice in that earlier study were exposed to malaria parasites, they were easily infected.”

Many other experimental approaches have been put forward for a malaria vaccine, Murphy said, he said, but none have achieved tissue-specific immunity in just two doses.

Obtaining tissue-specific immunity could be key in developing successful vaccines against other pathogens that grow in certain organs.

“Not only does this strategy teach us about malaria,” Murphy said, “it also adds to the growing understanding that tissue-specific immune responses are critically important if you want the immune system (especially T cells) to fight tissue-specific pathogens.”

He described other efforts to make a malaria vaccine.  For example, the weakened or attenuated form of the malaria sporozoite – the life-stage of the organism transmitted by mosquitoes -- has been administered via an intravenous infusion and is effective.

However, there are drawbacks, he said, to using attenuated sporozoites.  They must be grown in mosquitoes, then purified.  Sporozoite vaccines are given intravenously through numerous doses.  The most potent immune response occurs with the first sporozoite administration, and declines thereafter.  Sporozoite-only vaccines are expensive and logistically challenging to implement.  The prime-and-trap vaccine requires just a single dose of sporozoites.

“The cool thing about the prime-and-trap approach,” Murphy said, “is that the component parts are not that crazy.  We hope that we might be able to translate them into a human vaccine someday.”

Although malaria is a tropical disease, Seattle researchers have a local option for human testing of candidate malaria vaccines, diagnostics, prevention measures and treatment drugs that have passed preclinical trials. The Seattle Malaria Clinical Trial Center is a collaboration between UW Medicine, the Fred Hutch Cancer Research Center, and the Center for Infectious Disease Research.

Murphy said, “We’re lucky in Seattle that we have the ability to test vaccines not only in animal models, but also later on in humans. This is critical before taking them to a larger world population that really needs them.”

He mentioned that deaths from malaria have gone down over the past few decades because of greater availability of bed nets, mosquito control and treatments.  Nonetheless, millions of infections still happen every year.  In addition to fatal or debilitating illness, other consequences range from low-birth weights among children of infected mothers, lower educational attainment, and poverty in regions where malaria is endemic.

“A lot of labs of are focusing on vaccines,” he said, “because this might be the last stretch of road toward the goal of eliminating malaria.”

The Department of Laboratory Medicine at the University of Washington School of Medicine supported this study.

Murphy is a physician-scientist who serves as assistant director of the Clinical Microbiology Laboratory at UW Medical Center.  He is a member of the UW Center for Emerging and Re-emerging Infectious Disease and directs the Human Challenge Center at the Center for Infectious Disease Research.