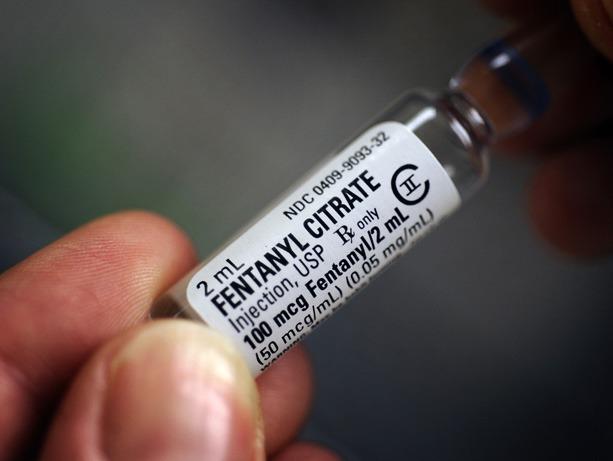 Joe Amon/Getty Images
Hospitals use pharmaceutical fentanyl for outpatient surgeries, but illicitly produced iterations of the drug are chemically indistinguishable from the pharma version.

The synthetic opioid fentanyl and other fentanyl-like drugs were involved in the deaths of at least 70 people in Washington in 2016, according to a joint investigation of state agencies. Fentanyl drugs are a problem that appears to be increasing here, as elsewhere.

The Department of Health, the State Toxicology Laboratory, the University of Washington’s Alcohol and Drug Abuse Institute, and Public Health Seattle & King County collaborated on an investigation to better understand how fentanyl-related drugs are being obtained and used, and the extent of their influence on overdose deaths in our state. This report is the result.

“While we still have a lot to learn about how these drugs are influencing drug use and overdoses in our state, this report answers some of our initial questions and gives us some insight to help shape our response to this challenge,” said state health officer Dr. Kathy Lofy. “We are committed to do as much as we can to prevent opioid-related deaths in our state, and we’ll use what we’ve learned to help shape future work.”

Fentanyl-involved deaths roughly doubled from 2015 to 2016, though direct comparisons are not possible because the state’s toxicology lab changed its test protocols in mid-2016 to identify smaller amounts and new types of fentanyl-like drugs. In 2015, using the old protocol, the toxicology lab identified 28 fentanyl-related deaths.

The 2015 protocol would have identified 53 fentanyl-related deaths in 2016; the new protocol identified an additional 17 deaths related to fentanyl and similar drugs.

Caleb Banta-Green, a senior research scientist at the UW’s Alcohol and Drug Abuse Institute, analyzed medical examiners’ data from King, Pierce, Snohomish and Spokane counties, where 41 of the 70 fentanyl-related deaths were recorded and where more details about those deaths were available.

“Our review showed that most overdoses involved fentanyl whose source is illicit or unknown,” he said. “Fentanyl-related drugs are present in a substantial minority of cases, and pharmaceutical fentanyl in a small proportion of cases. The source and form of these non-pharmaceutical drugs is hard to determine, but appears to be often purchased on the street or online, and often in the form of a powder or pill that looks like a real pharmaceutical such as an opioid or a benzodiazepine.”

Importantly, the illicitly produced drug can be chemically indistinguishable from the pharmaceutical drug. However, it is typically sold as a powder or a pill – forms not available by prescription. Pharmaceutical fentanyl is typically only available at hospitals for surgeries and occasionally prescribed as a transdermal patch or a lollipop form to treat patients’ severe pain.