415 residents succumbed: Heroin and opioids, including fentanyl, continue to be most common drugs linked to fatal overdoses. 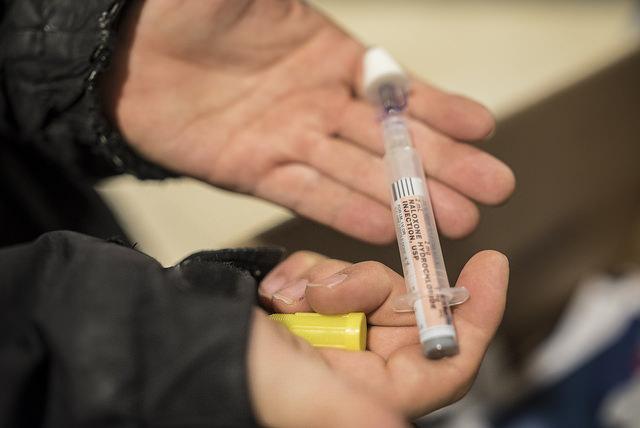 Craig Zirpolo
In 2018, over 20,000 naloxone kits were distributed in King County. The drug was involved in at least 2,235 overdose reversals.

Drug and alcohol use caused the deaths of 415 King County residents in 2018, up from 379 in 2017, according to two new reports published today by Public Health – Seattle & King County and the University of Washington’s Alcohol and Drug Abuse Institute.

Data from the 2018 Overdose Death Report describes drug and alcohol-caused deaths investigated by the King County Medical Examiner’s Office. The office reported that in 2018, 77% of drug and alcohol deaths involved multiple substances. In recent years, overdoses from prescription opioids and heroin have remained stable while overdoses involving methamphetamine and illicitly manufactured fentanyl compounds have increased.

Heroin and opioids, including fentanyl, continue to be the most common drugs associated with fatal overdoses (67%), while deaths involving methamphetamine continued to rise sharply at an alarming pace.

The annual Drug Trends Report, also published today by the UW Alcohol and Drug Abuse Institute, provides context about the changing nature of drugs' impact in our community.

Findings from the reports include:

Providing access to medication-assisted treatment is the most important way to help those at risk for a fatal opioid overdose. Across our region, access to low barrier treatment such as buprenorphine has improved. There are now more than 100 locations across King County where people can receive medication for opioid-use disorder.

Distributing naloxone and reversing overdoses: During the past two years, King County has increased access to naloxone among law-enforcement officers, treatment providers, and directly to citizens through needle-exchange sites. In 2018, more 20,000 naloxone kits were distributed and at least 2,235 overdoses were reportedly reversed using naloxone. (The total is likely higher.)

What you can do to reduce the risk of overdose in our community: