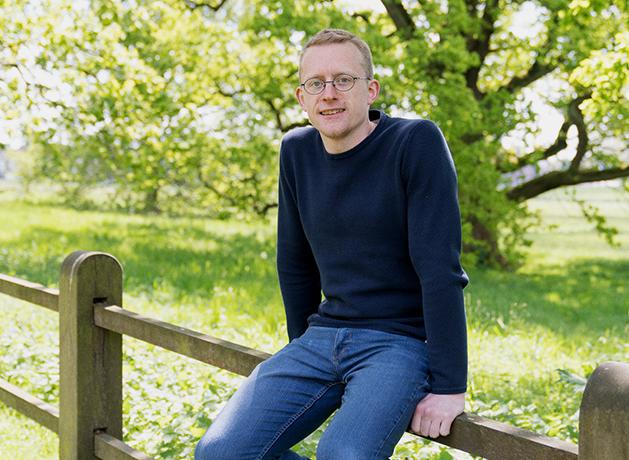 Jussi Puikkonen
Educated in the Netherlands and at UW Medicine, 29-year-old Joost Snijder is already an internationally respected scientist.

Joost Snijder, who studies molecular machinery in viruses and microorganisms, will receive the 2018 Heineken Young Scientist Award in the Medical/Biomedical Sciences.  The Royal Netherlands Academy of Arts and Sciences  announced today that Snijder, 29, will be honored at ceremonies in Amsterdam, Thursday, Sept. 27, in the Muziekgebouw aan 't IJ Concert Hall.

The Heineken Young Scientist Awards recognize promising researchers whose outstanding work sets an example for other young scholars and scientists.  The prizes are intended to encourage the next generation of talented researchers in the humanities, social sciences, natural sciences, and biomedical sciences.  All recipients conducted their doctoral research at Dutch institutions. The awards are presented at the same time as the International Heineken Prizes.

Each of the winners receives a sculpture designed by Amsterdam artist Jeroen Henneman and EUR 10,000. The Dr H.P. Heineken Foundation and the Alfred Heineken Fondsen Foundation fund the awards.

Snijder is a graduate of Utrecht University, where he earned his bachelor’s, master’s and doctoral degrees. He recently completed his postdoctoral studies at the University of Washington School of Medicine Department of Biochemistry.

He performed research and continues to consult at UW Medicine in David Veesler’s laboratory, which investigates the structure and function of the molecular machinery of viruses and bacteria.  Among these are the coronaviruses responsible for severe acute respiratory syndrome, or SARS and the Middle-East respiratory syndrome.  He has also looked at the deltacoronavirus, a relatively new swine disease that affects the gut.

In his training in the Netherlands and at UW Medicine, Snijder learned advanced microscopic techniques, including atomic force microscopy, cryo-electron microscopy, mass spectrometry and molecular modelling. He applied his new knowledge and skills to exploring a range of biomolecular mechanisms.  Among these are the ways viruses assemble their components, and the intricate timekeeping that runs the biological clock in cyanobacteria, an organism formerly considered to be a blue-green algae that produce energy and oxygen through photosynthesis.  More recently, his team integrated structural, biochemical and infectivity data in results that might aid in the design of new vaccines against the Epstein-Barr virus. This common, mononucleosis pathogen is also associated with some cancers.

Although he is still in the early stages of his scientific career, Snijder already has published extensively in prestigious journals. He also is the founder of Snijder Biosciences.  He has initiated partner projects with respected international organizations, such as the Max Planck Institute of Biochemistry and the Scripps Institute.

The jury that selected Snijder for the 2018 Heineken Young Scientist Award regarded him “as an exceptionally talented, creative young researcher who thinks and acts independently with great vision and daring.”