Being enrolled in the national health insurance plan reduced catastrophic expenditures by 70% but did not eliminate significant out-of-pocket costs, study finds. 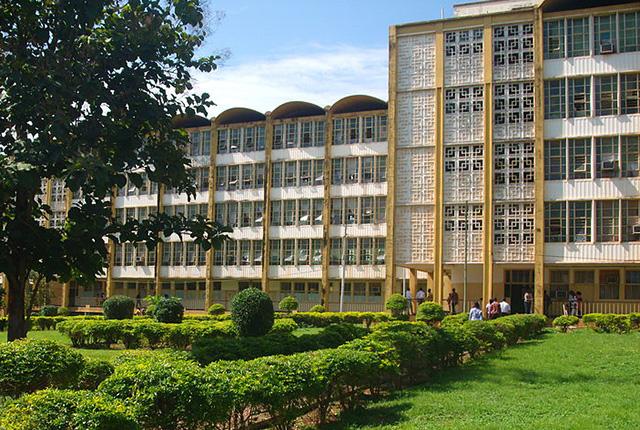 Trauma, which worldwide accounts for more than 5 million deaths per year, is a major cause of death in low- and middle-income countries. It has been estimated that improved trauma care could prevent as many as 2 million of those deaths. A key element of reducing trauma-related deaths is making sure injured patients, who need surgery, get to the operating room in a timely manner.

In a new study, a team of Ghanaian and U.S. researchers examined whether having insurance affected trauma patients’ out-of-pocket costs and their chances to get timely surgical care after being admitted to Komfo Anokye Teaching Hospital, a large teaching hospital in Kumasi, Ghana, a city of 3.3 million.

The study was published in the Bulletin of the World Health Organization. Collaborators came from Stanford University and the University of Utah.

“We found that insured patients were able to make smaller out-of-pocket payments for procedures versus uninsured patients, but this ultimately did not improve timeliness of care,” said the study’s lead author Dr. Adam Gyedu, associate professor in the Department of Surgery at the Kwame Nkrumah University of Science and Technology in Kumasi.

However, although there were no statistically significant differences in timeliness of care, the researchers also found that care was often delayed among both groups of patients, and out-of-pocket costs were high whether or not patients had insurance.  The findings, the researchers said, indicate that it’s essential to clarify how insurance plans affect healthcare delivery.

“It is important to look at not only what types of health problems are covered in a national health insurance plan, but the specific services that are covered and how the insurance works on the ground in real life circumstances” said senior author Dr. Charles Mock, a surgeon in the Department of Surgery at the University of Washington School of Medicine. He leads the Global Injury Program at the Harborview Injury Prevention & Research Center (HIPRC) in Seattle.

Republic of Ghana, a West African country of 30 million people, has a national insurance plan that covers medical emergencies but not all trauma care.  For example, some trauma-related medications and advanced diagnostic imaging are not covered. To obtain such services, patients often must pay out of pocket.

In the study, the researchers examined the medical and billing records of trauma patients admitted to Komfo Anokye Teaching Hospital from Jan. 1, 2015, through Dec. 31, 2016.

They identified 1,408 patients who had serious injuries requiring surgery at time of admission. Twelve of these people had private insurance and were excluded from the study, leaving 1,396 patients in the analysis.  The researchers found that 834 (60%) had national health insurance and 562 (40%) were uninsured.

Among patients found to have adequate financial information, the members of the two groups had similar incomes. But out-of-pocket expenses differed considerably: 60% of the uninsured patients incurred  “catastrophic” health costs (comprising more than 10% of their household annual income) compared with 30% among insured patients. In addition, the recommended surgery was refused due to concerns about cost by 9% of patients, among whom two-thirds were uninsured.

Although more of the uninsured patients had delays in treatment for financial reasons than did insured patients, 17% vs. 6%, the researchers found no statistically significant difference in the time to surgery between the two groups nor was the risk of death significantly different.

Delays were likely caused by staffing and operating room shortages, the lack of medications and blood products, and other logistical issues, the researchers write. These, in turn, may reflect inadequate reimbursements that leave health facilities unable to ensure efficient healthcare delivery, the researchers suggest.

Funding for this study was provided by grants D43-TW007267 from the Fogarty International Center, the National Institutes of Health, and the U.S. Fulbright Research Scholarship.

[Editor's note: The photo by OER Africa was used under the terms of Creative Commons license. The original photo was cropped to fit this page.]