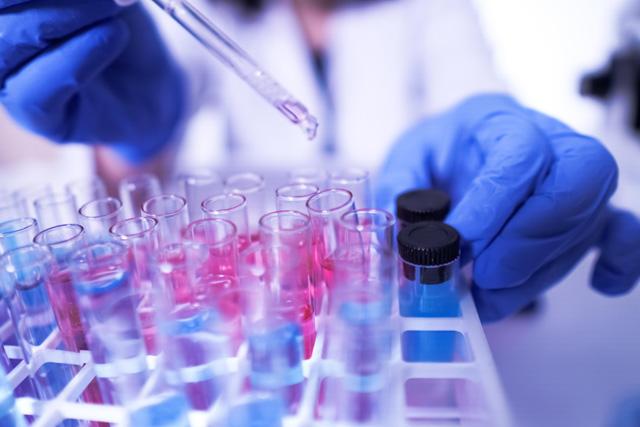 These 2020 NIH Director's Awards recognize extraordinary creativity in tackling difficult problems in biomedical research.  The UW Medicine scientists will be exploring bat immunity to viruses lethal in humans, how mitochondrial are perturbed in common disorders, how problems in gene regulation lead to disease, and cellular sensors that keep immune cells from attacking the body’ own cells.

According to the NIH announcement, this grant program catalyzes scientific discovery by supporting proposals that pursue trailblazing ideas with transformational potential. These proposals might have struggled in traditional grant reviews due to the risk inherent in their high aims.

“The breadth of innovative science put forth by the 2020 cohort of early career and seasoned investigators is impressive and inspiring," said NIH Director Francis S. Collins, in a press release. “I am confident that their work will propel biomedical and behavioral research and lead to improvements in human health.”

This year, all four categories of the High-Risk, High Rewards are represented among the UW School of Medicine recipients, including two given to researchers in the early stages of their careers.

The recipients, awards and research topics are:

David Veesler, associate professor of biochemistry, has received an NIH Director’s Pioneer Award, for his outstanding record of groundbreaking work on major scientific challenges.  He has studied the infection machinery of coronaviruses for several years. In this new project, his lab will look at bat immune responses that permit these flying mammals to carry, without ill effect, numerous viruses that are lethal to humans.  The long co-evolution of bats and their viruses likely led to highly specific, protective immunity proteins in their body fluids.  These virus- taming substances will be explored at the molecular level. The bat antibodies could be, the researchers note, an untapped source of ideas for virus inhibitors. The bats’ viral immunity successes may illustrate ways vaccines and other therapeutics might be designed to ward off emerging or not-yet-discovered bat-to-human pathogens. This effort might improve current pandemic response and foster future preparedness against bat-transmitted diseases.

Yasemin Sancak, assistant professor of pharmacology, is a recipient of a New Innovator Award. Sancak's lab is interested in how mitochondrial dysfunctions contribute to the effects of aging and to common diseases such as cancer, heart problems, neurological degeneration, and diabetes. In this project, her lab will look at how mitochondria are regulated through interactions with other, different organelles in cells. To overcome some of the technical obstacles to studying these interactions, Sancak is developing a way of tagging and rapidly isolating mitochondria based on their location within a cell and their organelle or plasma membrane interactions. This method would be conducted in healthy cell lines and in cellular models of mitochondrial diseases. As part of a comprehensive biochemical investigation, Sancak’s lab will first look at the proteins and metabolites that are generated when the mitochondria are close to the plasma membrane or the organelles in question. Then they will see if specific metabolites or proteins appear to regulate mitochondrial functions. They will also try to determine which interactions are perturbed in diseased cells, and how this information might suggest therapeutic interventions.

Andrew B. Stergachis, assistant professor of medicine, Division of Medical Genetics, has received an Early Independence Award for researchers who have already made major contributions to science at the start of their career. His lab is interested in studying sequence and structural genetic changes that may be disrupting the regulation of genes known to cause rare diseases. Most of what medical science knows about the genetic basis of rare diseases comes from studies of genetic changes in the genome’s protein-coding regions, which represents only 1% of the human genome. Unfortunately, current genetic testing approaches poorly illuminate how genetic changes in the other 99% of the genome impact human health. Stergachis and his team have recently developed a novel way for genetic testing that overcomes some of these limitations by simultaneously sequencing both the genetic and epigenetic architecture of a patient’s sample. This approach has the potential to help identify genetic variants that interfere with how genes are turned on and off during development and disease -- enabling researchers to better interpret how genetic changes in the other 99% of the genome impact human disease. This approach will be used to study patients with suspected rare diseases who cannot be fully diagnosed using current methods.  The researchers hope to vastly improving clinical genomic testing.

Daniel B. Stetson. associate professor of immunology, will be part of a multi-institutional Transformative Research Award. The group of scientists will uncover innate immune system checkpoints that keep the body from attacking its own cells. Such checkpoints do make exceptions and permit the death of cells that become cancerous. It would be easy during a viral infection to confuse whether two-stranded RNA comes from a virus or from one’s own cells. That is why animals and humans have a biochemical tag to mark their cells’ two-stranded RNA. This helps avoid immune response mistakes. Learning more about how the immune system guards the body from its own defensive arsenal may help researchers identify new strategies for cancer that overcome immune system roadblocks to treatment. Brenda Bass from the University of Utah will head this collaborative project. Visit the Stetson lab website.