Enrollees sought for trial of drug to treat monkeypox

Enrollees sought for trial of drug to treat monkeypox

UW Medicine is part of a study aiming to enroll more than 500 adults with the virus, including pregnant and immune-deficient people. 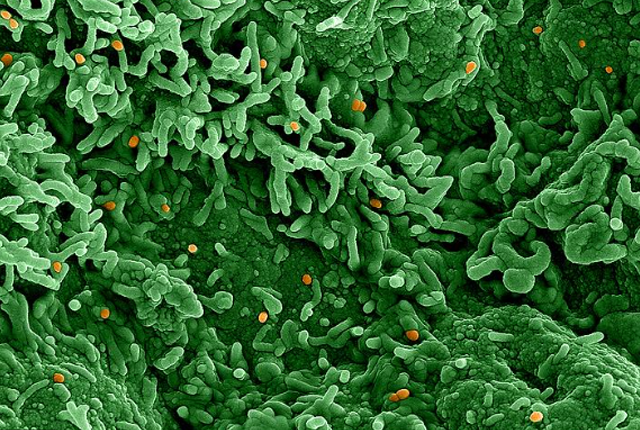 UW Medicine researchers are recruiting participants for a Phase 3 clinical trial of a drug to treat the monkeypox virus. The drug, tecovirimat, is approved by the U.S. Food and Drug Administration to treat smallpox. Investigators hope this study will establish whether the drug is also safe and effective for treating monkeypox.

“There is an urgent need for monkeypox treatments, and this study will help us get critical information about the safety and effectiveness of tecovirimat at treating this infection,” said Dr. Rachel Bender Ignacio, a physician-scientist and assistant professor of allergy and infectious diseases at the University of Washington School of Medicine. “People living in the Seattle area who have monkeypox have the opportunity to make a huge contribution by participating in this study.”

Monkeypox has caused an increasing number of infections in endemic countries since the virus was first identified in 1958.  A global outbreak emerged early this year and has since spread throughout the world, currently numbering more than 60,000 cases in 103 countries, including more than 23,000 cases in the United States.

The outbreak has been characterized by increased person-to-person transmission, and close contact during sexual activity is thought to play an important role. Most cases thus far have been reported among men who have sex with men, but women and children have also been infected. There are currently no therapies approved to treat human monkeypox.

This multicenter trial aims to enroll more than 500 adults with monkeypox virus infection. This trial will include people with severe disease and those at high risk of severe disease including pregnant and breastfeeding people, children, and individuals with underlying immune deficiency and active inflammatory skin conditions who will receive open-label tecovirimat.

Individuals who have presumptive or confirmed monkeypox infection (testing positive within seven days) and who experienced symptoms within 14 days are eligible. Testing will be provided by the study. Participants with presumptive monkeypox virus infection who have not yet been tested can enroll if their study-provided test is positive. Participants must also have at least one active skin lesion that has not yet scabbed, a mouth lesion, or proctitis (inflammation in the lining of the rectum).

Study participants with symptomatic monkeypox virus infection who do not meet criteria for the open-label cohort will be randomly assigned in a ratio of 2-to-1 to receive either tecovirimat or a placebo orally for 14 days. Participants who are randomized in the double-blinded cohort of the study who later progress to severe disease will be offered the option to switch to open-label tecovirimat, as will participants who report persistent severe pain from monkeypox virus infection.

All participants will be followed for at least eight weeks through a combination of virtual and in-person visits and daily self-reports to determine if those receiving tecovirimat heal more quickly compared with those receiving the placebo. Investigators hope the trial will also provide data on the optimal dosing and safety of tecovirimat in children and people who are pregnant and breastfeeding.

The trial, dubbed STOMP (Study of Tecovirimat for Human Monkeypox Virus), is sponsored by the National Institute of Allergy and Infectious Diseases, part of the National Institutes of Health (NIH). It is being led by the AIDS Clinical Trials Group. A list of participating sites in the United States can be found here. Additional details about STOMP are available in the NIH news release.