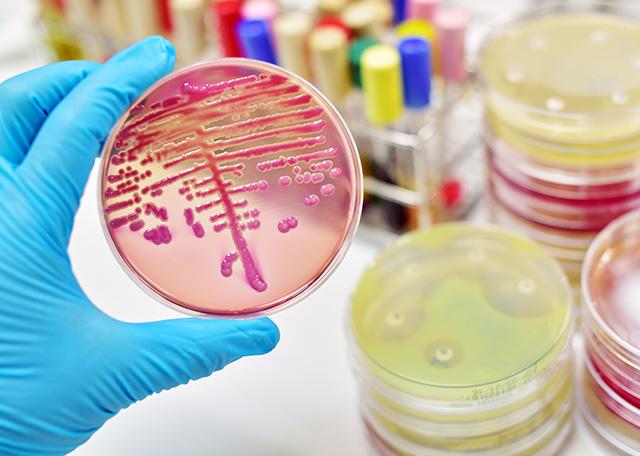 With many disease-causing bacteria ratcheting up their shields against current drugs, new tactics are vital to protect people from treatment-resistant infections.

Lowering mutation rates in harmful bacteria might be an as yet untried way to hinder the emergence of antimicrobial-resistant pathogens. This proposed strategy comes from recent findings in infectious disease research at UW Medicine in Seattle.

The report on this work is published this week in Molecular Cell, one of the journals of Cell Press. The lead author is Mark N. Ragheb, an M.D./Ph.D. student at the University of Washington School of Medicine. The senior researcher is Houra Merrikh, associate professor of microbiology at the UW medical school.

While most efforts against antimicrobial resistance concentrate on producing better antibiotics, the scientists note, "History shows that resistance arises regardless of the nature or potency of new drugs."

Deaths from antibiotic-resistant infections, they explain, have reached alarming numbers worldwide, and show signs of surpassing mortality from other causes by mid-century.

In looking for another approach to combating this public health threat, the team of microbiologists, genome scientists, pathobiologists and molecular and cellular biologists found evidence for a key promoter of mutations in many different bacteria. This protein factor, DNA translocase Mfd, seems to speed resistance in diverse species toward every antibiotic that was tested.

The researchers call bacterial proteins like Mfd "evolvability factors" because, by increasing mutation rates, they propel the evolution of bacteria. Unlike many multicellular organisms, bacteria evolve quickly. This allows their species to survive or escape suddenly changing conditions, scarcity of nutrients and hostile environments -- including attempts to destroy them with antibiotics or immune responses.

Many types of bacteria produce Mfd, an indication of its important physiological role in cells. While it was once thought to assist in DNA repair, cells missing it are not more sensitive to DNA damaging agents. Those with too much of it are actually more prone to DNA damage.

In studying what is behind trimethoprim resistance, for example, the researchers saw that potent, alternative genes that accelerate antibiotic resistance failed to crop up when Mfd was absent. In certain wild type strains of bacteria with Mfd that were studied, those that gained these so called hypermutator alleles had a mutation rate that was more than 1,000 times that of their ancestral strain.

The researchers estimated that roughly half of the strains under study developed hypermutator alleles during the course of becoming resistant to trimethoprim. These strains also accumulated a high number of mutations across their genomes. Strains lacking Mfd were unlikely to form these hypermutator alleles.

The researchers noted, "Generating hypermutation may offer an adaptive strategy to evolve high-level antibiotic resistance, and Mfd might promote this phenomenon."

In other aspects of their project, the scientists reported that Mfd depends on certain other proteins that work on the bacteria's genetic machinery in order to carry out its job in antibiotic resistance. Mdf's role also might possibly be enhanced or even exaggerated during bacterial infections of living things, in comparison to what happens when these bugs live in lab dishes.

Also, the data acquired in this research project seem to show that the role of Mfd in increasing mutations and promoting antibiotic resistance is highly conserved across bacterial species, and is not specific to only a few types of pathogens.

Among the several pathogens studied, the researchers were particularly interested in the mycobacterium that causes tuberculosis.

They discovered what they describe as a "striking" difference in resistance to a representative antibiotic -- rifampicin -- in strains with and without Mfd.

The finding that Mfd is critical to the development of antibiotic resistance in mycobacterium TB could have potential clinical implications, the researchers noted.

Exactly how Mfd encourages mutations and antibiotic resistance is still unclear. One explanation put forth is that it sets the stage for error-prone repair of DNA, even at sites without damage. Or it could interfere with other biochemical pathways for fixing DNA.

The evolutionary assays in this study tried to mimic the variable concentrations of antibiotics that are common during treatment of infections in patients. It's possible that Mfd may play a role in producing high levels of antibiotic resistance when bacteria are first exposed to antibiotics in amounts that are not enough to stop them.

The researchers also think that Mfd's ability to promote multiple mutations may be significant in the development of multi-drug resistance.

Based on their findings, the researchers concluded, "We propose that blocking evolvabilty factors, in particular Mfd, could be a revolutionary strategy to address the antimicrobial resistance crisis."

A new class of anti-evolution drugs that target Mfd or other evolvability factors that promote mutations may complement new antimicrobials and alleviate the problem of chromosomally acquired mutations that leads to antimicrobial resistance.

They added that, in principle, drugs designed to target Mfd could be co-administered with antibiotics during treatment of infections. That might reduce the likelihood of resistance developing at the start of therapy.

Beyond the importance of reducing antibiotic resistance, there could be even wider implications of understanding and intervening in the evolutionary capacity of cells, according to the researchers. These include restraining genetic changes in cancer cells, and limiting the diversity in the strains of a pathogen a person's immune system is trying to overcome.

Supplemental drugs, such as the proposed evolution inhibitors, could, the researchers predict, improve the efficiency and effectiveness of current treatments, and thereby expand the arsenal of drugs available to combat antimicrobial resistant infections, cancers, and other diseases.

Coverage of this news:

The Atlantic: A bold new strategy for stopping the rise of superbugs