Fred Hutch’s Trevor Bedford, who is on the UW School of Medicine's affiliate faculty in genome sciences, was picked for his vital work in tracking the spread of viruses 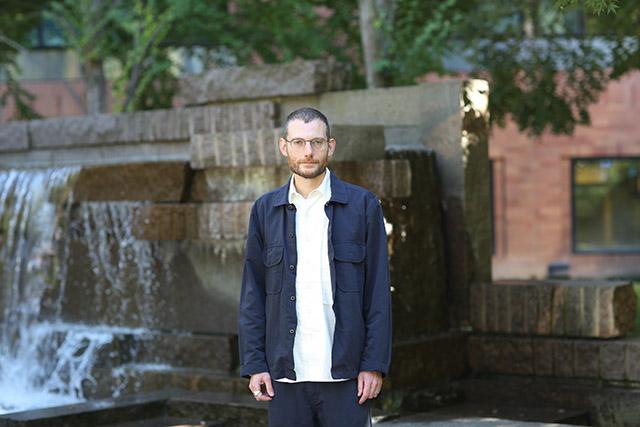 Trevor Bedford, a computational virologist at the Fred Hutchinson Cancer Research Center, has been named a 2021 MacArthur Fellow. Bedford is an affiliate faculty member at the UW School of Medicine and the UW School of Public Health.

The award goes to individuals who have shown exceptional creativity, demonstrated through their achievements and a promising future of innovative ideas.  The award carries a five-year stipend of $625,000 for recipients to freely pursue self-directed endeavors and follow their own vision. They can expand the scope of their present work or following entirely new directions.

Bedford was recognized for his timely methods to track the evolution and spread of viruses. His rapidly updated analyses became increasing critical to the world as the present pandemic emerged and soon appeared across several continents.

Bedford is an affiliate associate professor of genome sciences in the UW School of Medicine and of epidemiology at the UW School of Public Health. He is also a collaborator with the Brotman Baty Institute for Precision Medicine. At Fred Hutch, he is part of the Human Biology Division, the Vaccine and Infectious Diseases Division, and the Public Health Division

Bedford is the co-creator of NextStrain, an open-source project that assesses the scientific and public health significance of genomic data from pathogens.  NextStrain is continuously updated with publicly available information and contains analytic and visualization tools for use by the community. It was originally created to assist infectious disease epidemiologists and to improve outbreak response.

Watch the MacArthur Foundation video of Bedford explaining his studies.

He brings to his research an expertise in developing mathematical and statistical methods to integrate genetic sequence data on infectious disease agents into evolutionary and epidemiological models.

His data gathering and interpretations have assisted with strategies for monitoring and controlling infectious diseases like Ebola, Zika and seasonal flu viruses, and for being on the lookout for variants and strains that might be of concern.

Shortly after the SARS-CoV-2 virus emerged, Trevor and his colleagues began providing analyses and situation reports as soon as the coronavirus genomes were shared. They have developed several related pandemic resources and tools and have helped other groups run their own analyses. Twitter became one of his several conduits for educating scientists and explaining coronavirus evolution and geographic spread to the public.

The first hospitalization from the coronavirus in Washington state, diagnosed in a recent international traveler, occurred in January 2020.  At that time, the Seattle Flu Study had already been underway for a few years as a surveillance project to monitor outbreaks of respiratory illness in the community.  Bedford was one of the scientists on this project.

He and the other project researchers, which included infectious disease physicians, genome sciences, epidemiologists, public health experts and others, were well-positioned and ready for the appearance of suspicious respiratory infection outbreak. When they detected SARS-CoV-2 in a sample swab from the Seattle Flu Study, they alerted public health officials that the coronavirus was spreading in the community.

At that point, Bedford realized how serious the situation could become:  everyday life for people would be changing.  This could be another 1918, he warned his colleagues, referring to the Great Influenza Pandemic that claimed the lives of an estimated 50 million people.

This month he was also appointed a 2021 Howard Hughes Medical Institute Investigator.