Even as more older people want, or need, to extend their careers, ageism's societal influence can pose an obstacle. 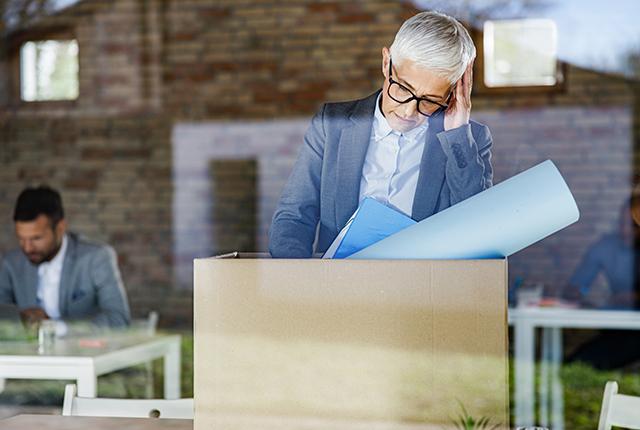 Even as older people seem prepared to extend their careers, ageism’s influence in the workplace threatens to hold them back, says a new analysis by a University of Washington bioethicist.

Mandatory retirement is the focus of the paper, newly published in the Journal of Social Philosophy and written by Nancy Jecker, a professor of bioethics at the UW School of Medicine.

The analysis identifies familiar ethical objections to mandatory retirement — fairness and equality — but breaks ground by tying the workplace to another principle that Jecker says has been overlooked: dignity.  She identifies it as “the minimal respect that people are due” and holds that society must equally support the dignity of every individual.

“Fairness and equality are not the whole story,” Jecker said. “Forced retirement robs people not just of wages but also of enriching aspects of daily life, like socializing with others. Jobs can be major sources of dignity and pride, and provide feelings of worth and purpose.”

“In pushing someone out solely based on age, an employer is arbitrarily saying ‘You’re not up to the task,’ which is a put-down.”

The United States moved to halt mandatory retirement in 1967 with the Age Discrimination Employment Act. Although the law and subsequent amendments banned compulsory retirement in all but a few job roles, public surveys indicate that ageism thrives in the U.S. workplace and outside of it, too. The Urban Institute reported that 55% of new retirees in 2014 felt “forced or partly forced” out of their last job. In 2020, a University of Michigan poll found that 82% of adults ages 50-80 reported experiencing ageism in their day-to-day lives.

“It’s good that we have a law, but I think it’s not enough. Passing laws banning discrimination doesn't eliminate people’s biases,” Jecker said, noting that people 60 and older have long been demeaned and marginalized in the United States.

While specific job tasks may require dramatically different capabilities, such as those of a plumber, a professor and professional athlete, the notion of work for pay is “interwoven with the central things we can do and be as human beings,” Jecker writes; therefore, dignity, a core human value, is central to people’s opportunity to work.

If someone’s career is ended amid feelings of rejection and inferiority, the event can be stigmatizing and contribute to poorer health in retirement, she added, citing research from 2020.

Jecker’s paper addresses rationales that cite purported upsides of forced retirement, such as more jobs being created over time and more age-diverse workforces in societies whose populations are relatively old — like the United States today. The paper also considers proposed alternative retirement frameworks such as capping the number of years anyone could work in their career, which on its face seems fairer because it would apply to everyone.

The paper notes, however, that these approaches and rationales also can fail to achieve ethical goals. Career caps set at 40 years, for instance, would still fall most heavily on older people. As well, depending on a local setting’s population, capping with a goal of age diversity could “eliminate the very diversity it claims to advance,” Jecker wrote.

Older people in the United States, a massive population, have recently shown a desire to stay in the workforce longer. According to a 2021 Census Bureau report, between 2010 and 2019, labor-force participation among people 75 and older rose in 36 states and fell in none, and among people 65-74 rose in 25 states and fell in only two.

“I think that's a hopeful sign, though it doesn’t say what kind of employment opportunities they have,” Jecker said. “We should expect more older than younger adults in the workplace because we're an older society. “The U.S. has long been a youth-oriented culture. To prevent ageist workplaces, we need to be more inclusive of ‘working age’ people 65 years and older.”