Gamers will pit their wits against a real-life villain: a food poisoning called aflatoxin that can cause liver cancer and stunting. 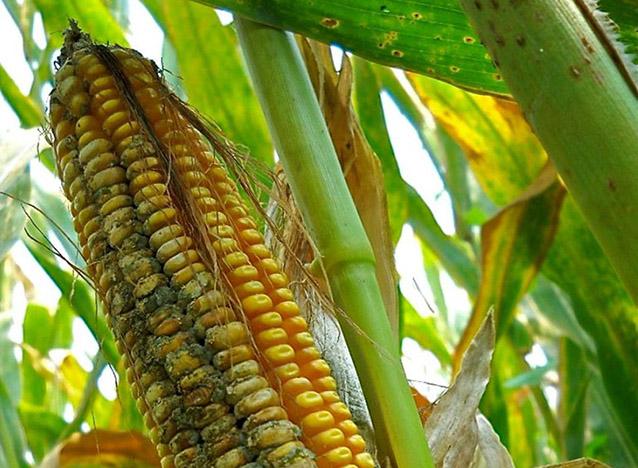 USDA/ARS/Mark Weaver
A mold that produces aflatoxin in corn.

Mars Inc. and its collaborators have launched a crowdsourcing approach to discover new ways to attack and neutralize a foodbourne danger.

A series of aflatoxin puzzles have gone online on Foldit, a platform that allows gamers to explore how amino acids fold together to create proteins. The newly added puzzles provide Foldit gamers with an example of an enzyme that has the potential to degrade aflatoxin. Gamers from around the world will then come up with idea  to redesign and improve the enzyme so that it can disarm aflatoxin..

Anyone keen to put their gaming skills to the test and join the initiative to eradicate aflatoxin can play the Foldit game at https://fold.it.

Unsafe foods – like those containing aflatoxin – can have severe health, economic and social consequences. Mars’ goal is to combat the causes of unsafe food and improve global food security as part of its Sustainable in a Generation plan.

Foldit allows anyone with a computer and an imagination to play. In fact, some of the best Foldit gamers have had no scientific training. The platform taps into humans’ innate puzzle-solving abilities to find solutions to complex problems in biochemistry.

The top aflatoxin-degrading enzyme designs will be produced in a laboratory by using the latest synthetic biology techniques and materials.  These willl be  donated by Thermo Fisher Scientific. Then the  enzymes will be tested at labs in UC Davis for their real-world potential to eradicate aflatoxin. All player designs will be available in the public domain, free of patents, to maximize the impact that this project could have on global food safety.

The Foldit game was first released in May 2008. Since then it has had many notable successes. For example in 2011 a dozen gamers took only 10 days to figure out the structure of an enzyme important in research on a virus similar to HIV.  That enzyme structure had baffled scientists for decades.

Speaking at the launch event in San Francisco, Dr Howard-Yana Shapiro, chief agricultural officer of Mars Inc., said: “4.5 billion people in developing countries are chronically exposed to aflatoxin through their diet. This simply cannot continue. We’re excited to bring together this partnership using the innovative Foldit computer gaming platform. I hope today kicks off the process to say ‘game over’ to this silent but serious threat to food security”.

The Foldit challenage was launched on World Food Day, the annual day designated to promote worldwide awareness of food security by the Food and Agriculture Organization of the United Nations.

Justin Siegel, faculty director of the Innovation Institute for Food and Health and assistant professor of chemistry, biochemistry and molecular medicine at the University of California, Davis, said: “While aflatoxin has been a known issue for decades, advances in computation and biotechnology, coupled with the imagination of players from around the world, may finally result in a solution to this pressing problem. No single organization can tackle a problem this large, but the uncommon collaboration between the groups coming together here will enable us to not only discover a potential solution, but translate it in a way that has real impact."

UDavid Baker, the director of the UW Institute for Protein Design whose lab has been developing FoldIt along with the UW Center for Game Science and Seth Cooper at Northeastern, said:  “It has been fascinating to work with FoldIt players over the years and see how they have been able to come up with innovative solutions to challenging problems.  I look forward to seeing the solutions FoldIt players come up with to the important aflatoxin neutralization problem!”  Baker is a UW Medicine researcher and a professor of biochemistry at the UW School of Medicine.

Aflatoxin was first discovered in 1960. It is estimated that it contaminates approximately a quarter of the food crops in the world. The substance has been linked to stunting in children who consume it. It is also estimated to cause 90,000 cases of liver cancer each year. The toxin disproportionately affects people in poorer countries with less rigorous crop testing. Approximately 16 billion tons of corn are lost worldwide annually due to aflatoxin contamination. No strategies to prevent aflatoxin infestation have been successful. Anyone keen to put their gaming skills to the test and join the initiative to eradicate aflatoxin can play the Foldit game at https://fold.it.

Foldit is a competitive online puzzle game about protein folding. The platform was developed and is run by computer scientists around the world, spearheaded by the University of Washington and Northeastern University. It is a crowd-sourcing computer game that allows anyone in the world with a computer and imagination – but not necessarily any scientific training – to determine how amino acids are folded together to create proteins, the workhorses of our bodies. As proteins are part of so many diseases, they can also be part of the cure. Foldit provides tools to allow players to design brand new proteins by editing and “folding” their molecules differently. Foldit has already had very significant successes. Its gamers provided the crucial insights in 2011 to solve the structure of an enzyme critical for reproduction of the virus leading to AIDS in rhesus monkeys. With help from the game-players’ strategies, researchers revealed the enzymes’ structure within three weeks, which could assist in identifying targets for drugs to neutralize it.

Mars is a family-owned business with more than a century of history making diverse products and offering services for people and the pets people love. With almost $35 billion in sales, the company is a global business that produces some of the world’s best-loved brands: M&M’s®, SNICKERS®, TWIX®, MILKY WAY®, DOVE®, PEDIGREE®, ROYAL CANIN®, WHISKAS®, EXTRA®, ORBIT®, 5™, SKITTLES®, UNCLE BEN’S®, MARS DRINKS and COCOAVIA®. Mars also provides veterinary health services that include BANFIELD® Pet Hospitals. Headquartered in McLean, VA, Mars operates in more than 80 countries. The Mars Five Principles – Quality, Responsibility, Mutuality, Efficiency and Freedom – inspire its more than 85,000 Associates to create value for all its partners and deliver growth they are proud of every day. For more information about Mars, please visit http://www.mars.com/global/sustainable-in-a-generation. Join us on Facebook, Twitter, LinkedIn, Instagram and YouTube.