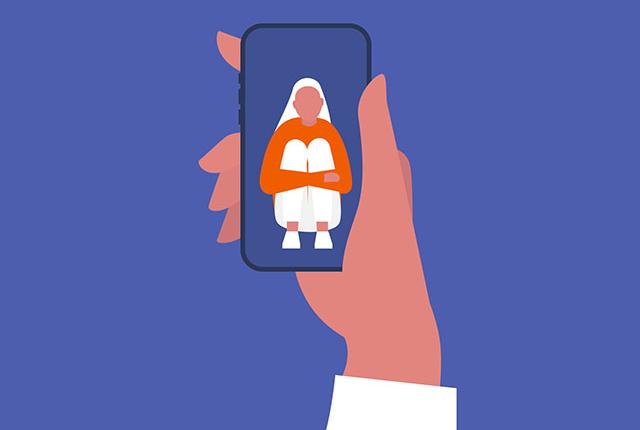 One reason is that these apps need payment and reimbursement models that would enable broad adoption.

Researchers at the University of Washington School of Medicine published results to help propel policymakers to create these payment models. They proved that an app to help people with serious mental illness was just as effective as a clinic-based group intervention for half the cost. The results were published Feb. 9 in Psychiatric Services.

“If there were billing codes, you could create new forms of healthcare that cost half of what it would cost in a clinic,” said lead author Dror Ben-Zeev, UW professor of psychiatry and behavioral sciences. He is also director of a center exploring digital solutions to mental health, known as the Behavioral Research In Technology and Engineering (BRiTE) Center.

The retrospective study examined the costs of an app called FOCUS, which involved 163 participants: 49% had a diagnosis of schizophrenia or schizoaffective disorder, 28% had bipolar disorder, and 23% had major depressive disorder.

Treatment was delivered through a smartphone app and included a support specialist. This person conducted the initial app training with patients, provided technical troubleshooting as needed, and conducted weekly phone check-ins. The app included daily self-assessments and on-demand digital interventions that were accessible 24/7. Outcomes of patients using the app were compared with those of patients in a clinic-based group intervention led by two facilitators. The group intervention included weekly 90-minute sessions and guided activities.

Both interventions were conducted over a three-month period for cycles of eight cohorts randomly assigned to either intervention.The three-month cost for a client in FOCUS was $1,011 compared with $1,956 for the group-based intervention.

Those results came soon after the Banbury Forum Consensus was published in Psychiatric Services. The Banbury Forum is a group of 20 organizations (Harvard Medical School, Talkspace, Kaiser-Permanente among them) who proposed a way forward for digital mental health treatments. The group, led by Patricia Areán, UW professor of psychiatry and behavioral sciences, and David C. Mohr at Northwestern University, issued three broad recommendations:

Digital mental health apps and internet-based treatments could overcome both access problems and provider shortages. Researchers are now pushing to close what is known as the “science to service gap” – the time that it takes to get a promising idea into mainstream clinical use.