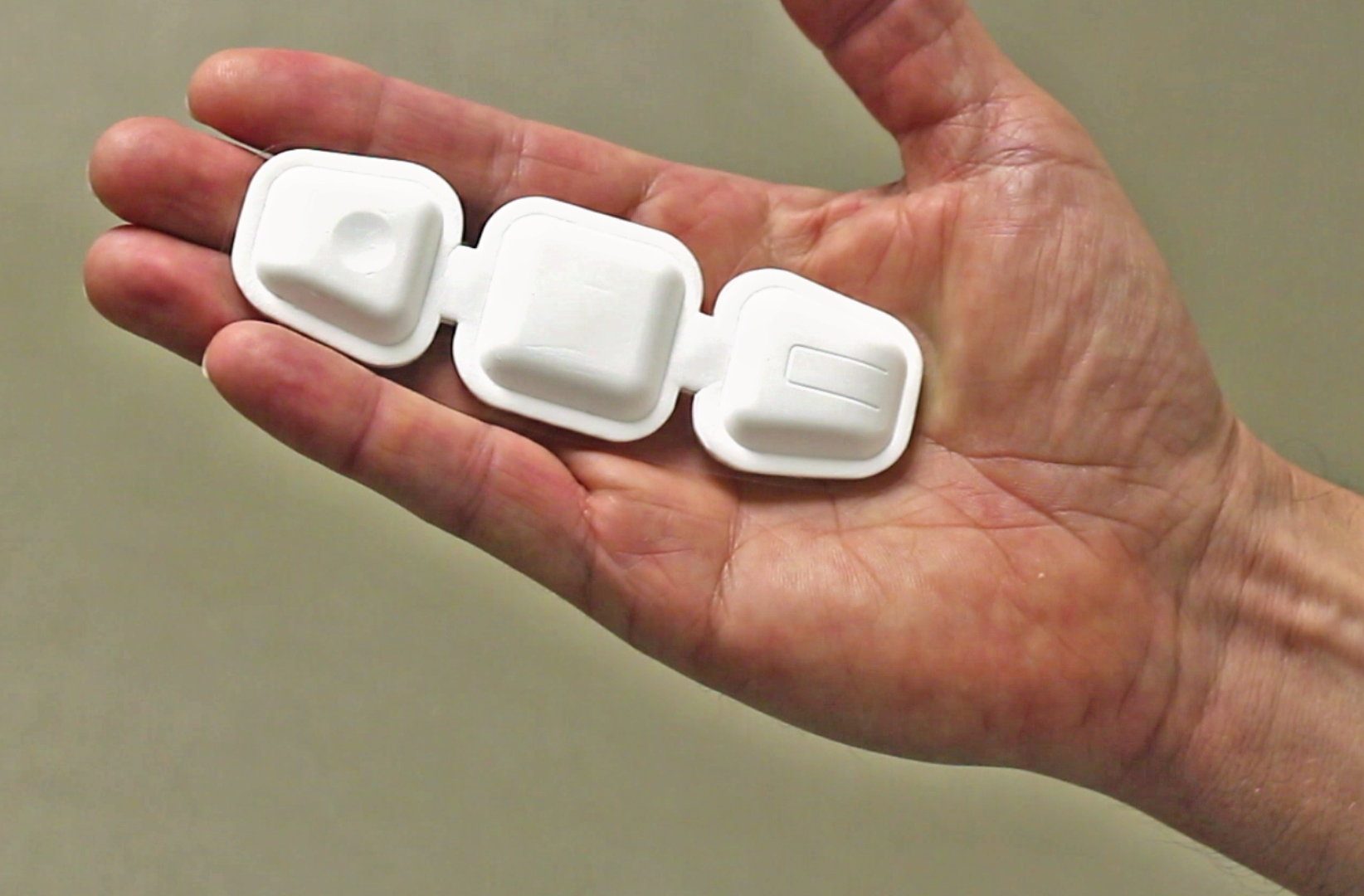 Inspired by one of the simplest, most-used household items ever, a UW cardiologist has created a lifesaver. In the next year, Dr. David Linker expects his invention, which detects dangerous abnormal heart rhythms, will earn the Food and Drug Administration’s approval for clinical use.

Resembling a large Band-Aid, the device is a product of Linker’s skills in engineering and cardiology, his penchant to tinker and his Steve Jobs-like bent for perfection. His primary aim is to diagnose atrial fibrillation more accurately, and less onerously, than today’s standard technology allows.

“A-fib,” the most common arrhythmia, affects more than 2 million people a year in the United States. People diagnosed with the disease are treated variably with medication, but millions more are unaware that they have the disease and are at increased risk for stroke and heart failure.

When someone first experiences a warning sign, such as palpitations or fainting, he or she is set up with a portable heart monitor – a cellphone-sized device with extruding wires that attach to adhesive electrodes – and sent home to collect data for one to three weeks.

“Not only is the hardware cumbersome and uncomfortable for the patient to wear 24/7, but the process is also expensive because the data gathered by the device has to be analyzed by technicians at a monitoring center before the doctor sees it – and that’s because the rhythm analysis software can be inaccurate.”

The cost prohibits diagnostic screenings of people who have experienced no symptoms but are at higher risk, say, due to age or other medical conditions such as coronary artery disease.

In 2004, Linker began his quest: Create a monitor of unparalleled ease for patients and physicians alike.

“I first developed an algorithm dramatically more accurate than any existing algorithms for detecting atrial fibrillation,” Linker said, as if that step were as straightforward as getting out the bread for a sandwich. “Then I thought, if I can make an algorithm that actually goes in the device so it analyzes the data as it’s recorded instead of needing to go to the monitoring center, then all of a sudden you cut out a step.”

“Then it would be possible to screen at a low cost.”

From the first sketch of a new device, Linker was tantalized by the possibilities: How small can it be? How comfortable? How inexpensive?

“My goal became making a device that was basically just electrodes, but with superior intelligence to do the analysis normally done by technician on the desktop. That’s what we have now,” Linker said.

It’s a quarter-ounce, wireless adhesive strip. Three electrodes gather information, run by an eight-bit processor with 32 kilobytes of memory for the analysis program and 128 MB storage chip for data.

Along the way, Linker incorporated (Cardiac Insight), won seed funding from the UW Center for Commercialization and the Washington Research Foundation, patented his ideas and attracted a National Institutes of Health grant for testing the algorithm, and a Life Sciences Discovery Fund grant for a study using the device on subjects in King County.

He won FDA OKs of his initial iteration, a one-day device without the built-in algorithm. All that’s left is FDA clearance of the second iteration, a one-week device with the algorithm. Commercialization appears close enough at hand that Linker is identifying prospective licensing partners with distribution networks.

“I think it would’ve been extremely difficult without the engineering and programming and hardware backgrounds,” he said when asked how he has brought his idea to reality. “There’s an interaction between the clinical need – knowing what impact it could have on people’s lives – combined with knowing what is possible. It’s the art of the possible.”