Why some people may not respond to the malaria vaccine

Why some people may not respond to the malaria vaccine 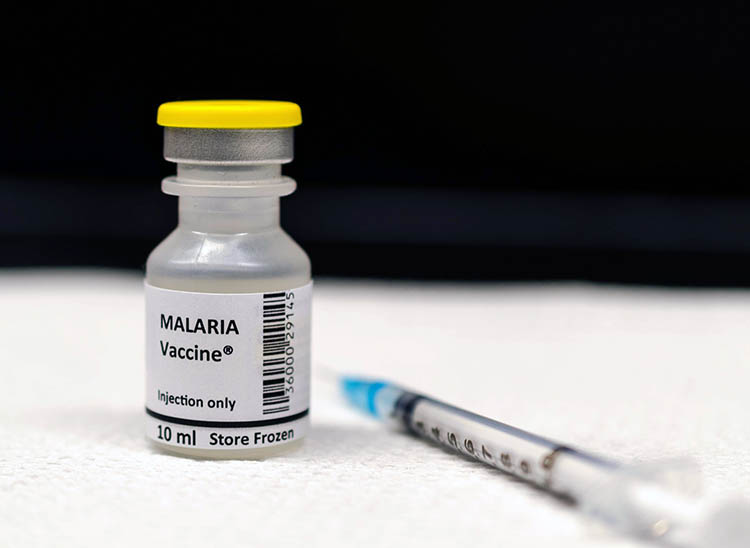 "The blood stage of malaria infection has a very profound impact on the liver stage immune response, and that impact had never been dissected and visualized at this level," says co-author Marion Pepper, UW Medicine researcher and assistant professor of immunology at the UW School of Medicine. "These studies really suggest that you need a vaccine that is protective against both stages of infection to effectively prevent malaria."

To track how the blood stage of malaria infection overpowers the liver stage immune response, Pepper and her collaborators infected two groups of mice with different forms of the malaria parasite. One of these was engineered by their collaborators in the lab of Stefan Kappe, UW affiliate professor of global health and investigator, Center for Infectious Disease Research in Seattle, to stop at the liver stage of infection, while the other progressed to the blood stage of infection. Six days after infection, the researchers found that the levels of antibodies were significantly lower in the mice with the blood stage infection than in mice that only had the parasite targeted to the liver.

To understand this discrepancy, the team tracked the differentiation of Plasmodium liver stage-specific B cells. B cells can differentiate into antibody-secreting early effector cells or long-lived memory cells, both of which contribute to protection against malaria. They discovered that 14 days after infection, the B cells in the blood stage infected mice never went through the necessary changes to make rapidly responsive memory cells. However, in the mice that received the liver-stage attenuated version of the parasite, the B cells were still able to differentiate and create the necessary antibodies and memory cells for an effective immune response.

"This work really highlights the importance of looking at antigen-specific B cells," says Pepper. "These data also suggest that if you're getting a vaccine while you have an ongoing blood stage infection, there is a chance that the vaccine will not generate good memory cells because the blood stage disrupts all the processes that are involved in making that immunological memory."

Pepper and her collaborators are now looking into the possibility of a drug treatment to solve this problem, as they were able to show that when you treat the second stage of the infection with a drug, the B cells are able to create the optimally responsive memory cells. But for now, the researchers are hopeful that their work can be used to answer immediate questions about the efficacy of malaria vaccines in regions that are most significantly affected by the disease.

"Malaria has evolved with us throughout human existence and therefore has some potent immune evasion strategies. We really tried to tease apart some of the factors that could be driving the loss of protective immunity during natural infection and with current vaccine strategies in areas of high malaria transmission," says Pepper. "Our next step is to compare malaria-specific B cells after vaccination or natural infection in humans so we can translate these findings and start to determine how to solve this problem."

This work was supported through the Department of Immunology at the University of Washington School of Medicine and the Center for Infectious Disease Research in Washington.