What to make of the major mammography study?

What to make of the major mammography study?

Commentary: UW expert recommends that screenings still be offered but that women decide for themselves whether to be screened.
Brian Donohue
02/27/2014 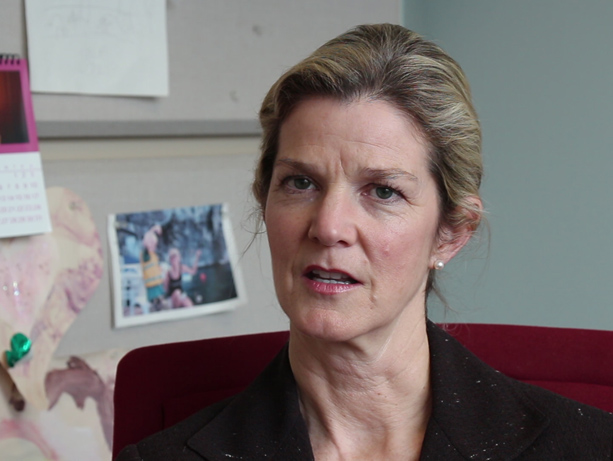 In February, one of the largest-ever studies of mammograms yielded findings that might lead women to reconsider the value of those screenings. Joann Elmore, a University of Washington physician and nationally recognized expert on mammography, answered questions about the findings. (The above video includes several of her comments.)

Q. Regarding the Canadian study, what is the most significant suggestion or finding?
A. This study shows us that the benefits of mammography are less than we’d hoped for, and that the potential harms are greater than we had anticipated.

Q. Does this study give you pause about recommending mammography?
A. This study adds to an accumulation of data. Over the last five years, we have seen more data from multiple large studies showing, at a population level, that we’re not seeing the benefit from mammography that we had hoped.

The more you look, the more you find with screening mammograms. Unfortunately, we are potentially detecting a lot of tumors that women would have lived with for their entire lives and that would never have harmed them. This is called overdiagnosis. And then once you have a diagnosis, of course you would want to be treated, so these women are undergoing treatment which can include mastectomies, radiation therapy, chemotherapy.

Still, mammography is the only recommended screening tool that we have for the general population for the detection of early breast cancer. It is the most well-studied option, and it is important to offer this screening tool to women.

Q. What are some of the potential harms of screening mammography?
A. No. 1, just the anxiety that women go through in going to get the exam. No. 2, it can be uncomfortable. They have to compress the breast between two plates – an important step because it reduces motion artifact, improves the quality of the image, and reduces the amount of radiation. But it can hurt for some women. No. 3, this is a screening test, so if they see abnormalities, they ask the women to come back. They’ll send a letter or call the woman to say, “Dear Mrs. Smith, don’t worry but an abnormality was noted that might be cancer. We need you to come back for additional testing.”

The great majority of those episodes don’t result in cancer diagnoses, so we call those false positives. And obviously most women don’t react very well to getting such a letter, so this woman then has to go through additional diagnostic testing and sometimes biopsies. The final harm is overdiagnosis, which is very challenging to describe. Once a woman is diagnosed, we don’t know if she’s the one who is potentially benefiting from mammography, or if she’s the one who our treatment could cure regardless of whether she was diagnosed early or later, or if she’s one of those women who was overdiagnosed and who we’re going to overtreat.

Q. Are there any important caveats of this study – its design or test subjects or something else – that call the findings into doubt?
A. Some have questioned whether the quality of the mammography itself was older, suggesting that we now have better imaging; some have questioned the quality of the randomization of the women. But this was a study done with a large number of women; the researchers followed them over 25 years. And this actually is the only study in which they looked at the quality of the mammograms, and it’s one of the only studies done in the modern era, in which we have better treatment. We are now so good at treating women with breast cancer that we can cure most of them regardless of whether they’re diagnosed early or later.

Q. So a patient will come to you and say, I’ve been worried all these years about false positives. Does this give that patient more reason to worry?
A. I hope that this doesn’t lead to more worry. I think women are already worried enough about breast cancer. Thinking about the marketing for breast cancer screening, I am concerned because it increases a heightened sense of fear of breast cancer. Women feel as if we have a war against breast cancer. My hope is that women will realize that they have a decision here. It’s not the physician’s decision, it’s not national organizations’ call. I want each woman to make the decision about mammography herself.

Q. Does this study give more rationale to women who might choose to forgo their next mammogram?
A. It’s interesting you use the phrase “choose to forgo”… because on a national level, we feel as if we need to recommend, to encourage, that women have to get that mammogram. They’re told they should get it every year.

I don’t think women realize that the United States is the only country in the world that encourages women to start at age 40 and go every year. Other areas, such as the UK, start screening in the late 40s, early 50s and have women go every three years.

Also, in the U.S., our callback rate – to say that an abnormality was noted in a mammogram – is about 10 or 11 percent, versus about 2 percent in Sweden and Norway. There are multiple reasons – for one, fear of medical malpractice, and the top cause of malpractice allegations in the U.S. is failure to detect cancer. The high rate of callback is something we need to work on. As an analogy, if you have a smoke alarm in your house, you don’t want it to go off every night when you’re cooking. At what point do you set the smoke alarm? You have to decide your threshold of comfort versus worry. In the United States, we have a screening threshold that is much different than the threshold in other countries.

Q. Are MRI and sonograms potentially able to replace mammography?
A. Mammography is the best-studied screening test that we have; we have no studies with mortality outcome data of MRI scans or ultrasound in the average risk population. We don’t know if those would be beneficial or not. We also have this false sense, I think, that you can just get a more accurate test if it can detect more abnormalities. But the problem is that the more abnormalities you see, the more those are false positives that can lead to overtreatment.

Q. Do you think this study should provoke serious consideration by professional physician organizations about guidance they give?
A. I think professional organizations in our country and elsewhere are evaluating the growing body of data. In the last few years, we have gathered new evidence about this topic of overdiagnosis and overtreatment. The U.S. Preventative Services Task Force will probably review the literature within the next year or two, and we’ll see some national organizations come up with their interpretation of the data.

However, it’s hard to change course. We’ve encouraged screening; women have been told you need to examine your breast and get mammograms every year. To just turn around and say, “No, maybe you shouldn’t” – I don’t anticipate that happening.

We still see a lot of breast cancers that women detect themselves, so I think it is important for women to understand the contour of their breasts so if they do notice an abnormality or change, they can bring it to their doctor’s attention.

Q. Do you think health insurers could respond to this growing body of data in terms of what they might cover, regarding breast screenings?
A. With the Affordable Care Act, screening mammograms are now covered in the United States for all women. The challenging part, financially, is that I’m not sure the downstream events are always covered. The radiologist may have noticed a little calcification or something on the mammogram, so a woman will come back for a diagnostic mammogram. She may get an ultrasound, a biopsy, and she might have to talk with the surgeon. There’s potential for high out-of-pocket costs.

More than that, though, it’s the anxiety that the women go through, and the time lost from work, that can be so financially and emotionally toxic.

Q. What about the safety of screenings?
A. It is in our best interest to err on the side of caution – except if doing so causes harm to patients. Think about screening: These are healthy people. You shouldn’t induce disease in them, or fear or anxiety or scars or overtreatment. Your goal is to detect cancer early so you can offer better treatment options, less invasive treatment, and hopefully save lives. This study that was published shows that, unfortunately, the saving of lives is questionable.

Q. Does this study affect your disposition toward mammography, personally?
A. Probably. I got very concerned about the high false-positive rate many years ago. I’m a primary care doctor and I see patients in the clinic, and over the course of years my patients started having these big scars on their breasts from biopsies. I did a study years ago in which I followed a group of women for a 10-year period, and we found that over 50 percent of them had a false positive exam; 20 percent had biopsies.

A woman could have 30 mammograms in her life, so women need to think through the potential harms and potential benefits, and consider their own values. Whether women want to start in their 40s or 50s, it should be their decision, not their healthcare provider’s, not their sister’s or mother’s. Hopefully this study will give them more information.

My hope is that women will take this as just one piece of the puzzle. There’s a lot of statistics and numbers. It’s frustrating because they are interpreted by people differently. I think you have to go beyond the numbers, though; every woman has individual values and preferences. You make your decision based on your head, your heart, and your gut. And since your head sometimes can’t wrap around some of the data, women have to make this decision themselves. What’s important for them? I don’t want physicians or national organizations to pressure women into making a decision that isn’t right for the individual woman.

Women fear breast cancer and they feel guilty if they don’t have mammograms. The fear and blame and guilt should have no part in an informed medical decision.

Women hear this 1-in-8 statistic and think, “Breast cancer is very common and I’m at high risk.” The thing is, that statistic is not this year, it’s a lifetime risk – and of a diagnosis, not death. So it sounds really bad but the risk is much lower than women think. Our risk of dying of cardiovascular disease and heart disease is higher.