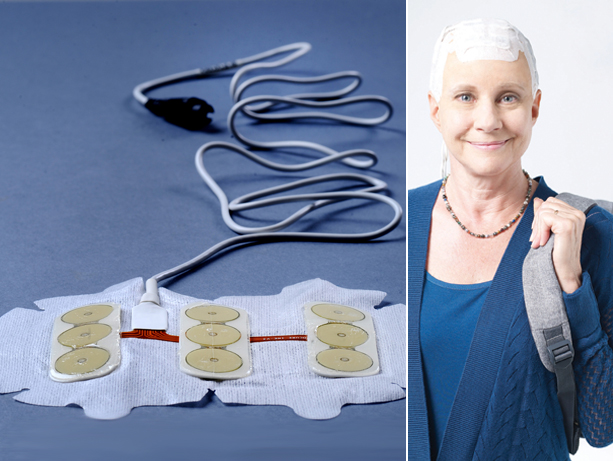 A wearable device that creates electrical fields to suppress cancer cells’ proliferation in the brain was so effective at extending patients’ survival that the clinical trial in which it was being tested was ended early.

Findings were published Dec. 15 in JAMA.

“With this new data, it appears the tumor-treating fields should be used upfront and become a standard of care. We should add this modality to what we’re currently doing for our patients,” said Dr. Maciej Mrugala, a brain-cancer specialist who led UW Medicine’s participation in the clinical trial.

The addition of “tumor-treating fields” generated by the noninvasive device resulted in median overall survival of 20.5 months, versus 15.6 months with chemotherapy alone.

The trial enrolled 695 patients from July 2009 and November 2014 at 83 centers in North America, Europe and South Korea.  At the trial’s outset, researchers specified an interim analysis of results from the first 315 patients. It was after this analysis that the trial was halted because patients’ outcomes were so favorably affected.

“You get almost five months’ survival benefit. It may not sound like a lot, but if you’re living with this diagnosis, this is a meaningful improvement,” said Mrugala. UW Medicine was one of the first 15 U.S. providers to employ the novel tumor-treating therapy; now there are more than 200.

Glioblastoma multiforme is the most common primary brain tumor and a highly aggressive cancer. The Optune device, manufactured by Novocure, disrupts cancer-cell reproduction by sending alternating positive and negative charges between small ceramic discs embedded in on four sides of the mesh cap.

The resulting low-intensity electric fields extend through the brain and into the tumor cells’ membranes, physically causing cell fragmentation. The frequency of the electric fields is “tuned” to tumor cells’ replication rate, so it does not affect normal cells, said Peter Melnyk, Novocure’s chief commercial officer.