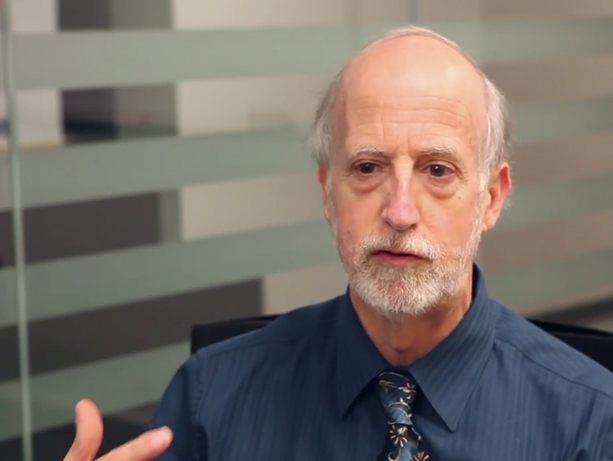 Wayne Katon, vice chair of Psychiatry and Behavioral Sciences and a pioneer in collaborative mental health care, died March 1 from lymphoma. He was 64.

“Wayne was truly a great human being, a mensch, a dear friend, a generous mentor and a wonderful colleague to so many of us,” said Jürgen Unützer, UW professor and chair of Psychiatry and Behavioral Sciences in a letter to colleagues. For more than 35 years, Unützer said, Katon worked graciously and tirelessly to improve the lives of those living with mental and physical health problems.

“Along the way, he touched and inspired thousands of students, residents and faculty colleagues at UW and around the world,” Unützer said.

Recognizing that people with physical pain often suffer from depression, and that people who were depressed rarely received mental health care, Katon brought together the practices of psychiatry and primary care. He spent three decades testing and developing models of care to make mental health care more accessible.

That work led to the April 5, 1995, publication of his seminal paper in the Journal of the American Medical Association: "Collaborative Management to Achieve Treatment Guidelines Impact on Depression in Primary Care."  Katon and colleagues showed that a collaborative intervention involving a psychiatrist working with primary-care physicians significantly improved patients' adherence to medication, depressive outcomes and satisfaction with care. More than 80 randomized controlled trials around the world have validated this approach since then.

The passage of healthcare reform gave coverage to formerly uninsured people, many with mental illness, and brought collaborative mental health from a concept into widespread practice.

“We’ve had more people contacting us to train their systems of care in these models in the last three years than we have had in the previous 30 years,” Katon told Psychiatric News last October.

Katon’s work eventually evolved into the fully realized model of collaborative care, where rather than a psychiatrist seeing a patient in a primary care setting, the psychiatrist consults with a care manager --  usually a nurse or social worker – who monitors the patient's treatment, giving weekly updates to the psychiatrist and relaying recommendations for treatment changes to the primary-care physician.

The UW AIMS Center (Advancing Integrated Mental Health Solutions) further developed this model and has helped implement it in more than 150 primary-care clinics in Washington stat , including 10 UW Medicine primary care clinics and a network of community health clinics supported by the Community Health Plan of Washington. Other implementations supported by the AIMS Center included hundreds of clinics throughout the United States, Canada, Europe, Australia and more recently in several low-income countries.

It was during his residency in the late 1970s at UW that Katon realized the importance of integrating primary care and mental health, he told Psychiatric News. He said he did an elective rotation in family medicine and began to recognize that the vast majority of people with depression and anxiety never got treatment.

“I saw that if we could empower the primary-care system to improve the recognition and quality of treatment, we could have a tremendous public health impact, more so than I could as a psychiatrist seeing individual patients,” he told the publication.

In research published in 2010 in the New England Journal of Medicine, Katon and colleagues showed that collaborative care significantly improved not only the mental health but also the physical well-being of patients with poorly controlled heart disease and/or diabetes and comorbid depression.

Amazon
Katon collaborated with Evette Ludman and Gregory Simon on this book, published in 2008.
picture of a book co-authored by Wayne Katon

Katon brought more than $25 million in research grants to UW, authored several books and edited General Hospital Psychiatry, one of the leading journals at the interface of medicine and psychiatry. He taught and supervised junior faculty across several departments, including psychiatry, pediatrics, family medicine and obstetrics/gynecology. For 35 years he maintained a clinical practice.

He will posthumously be awarded the 2015 Distinguished Service Award from the American Psychiatric Association for a lifetime of outstanding contributions to the field of psychiatry.

Katon was raised in Brooklyn, NY, and earned his medical degree from the University of Oregon. He came to UW for a psychiatry residency and joined the faculty in 1979, eventually establishing the Division of Health Services and Psychiatric Epidemiology within the Department of Psychiatry and Behavioral Sciences.  He is survived by his wife, Bobbi, and two daughters, Jodi and Rachel.

The Wayne Katon Memorial Fund has been established to support the next generation of physician students in the Department of Psychiatry and Behavioral Sciences.