For over 20 years, Col. Grethe Cammermeyer advocated for gays and lesbians to serve openly in the United States military
Elizabeth Hunter-Keller
11/10/2015 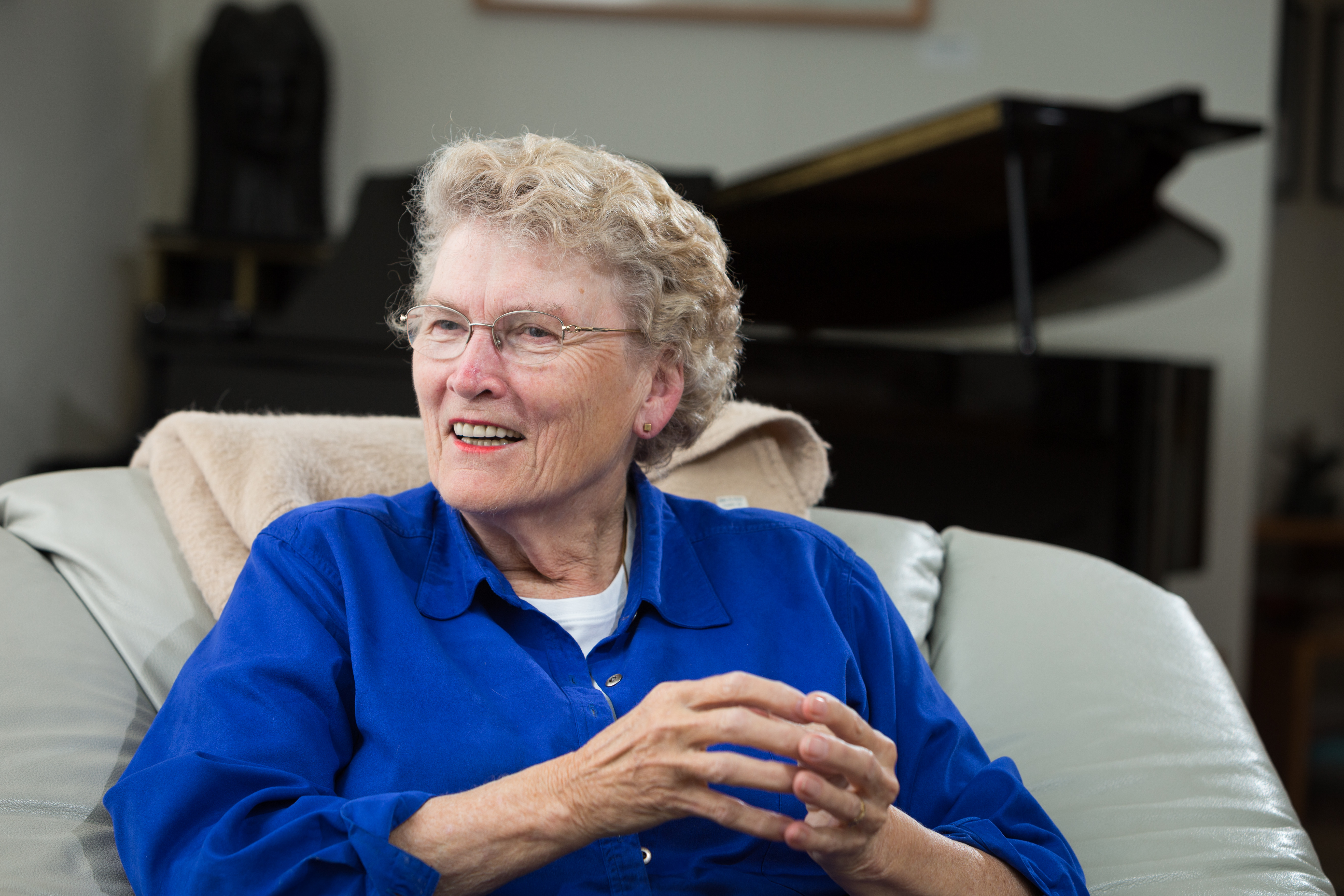 For over 20 years, Col. Grethe Cammermeyer advocated for the rights of gays and lesbians to serve openly in the United States military. She is credited as one of the driving forces behind the repeal of “Don’t Ask, Don’t Tell,” in 2011.

At a luncheon honoring Col. Cammermeyer, the 2015 UW Alumni Association Distinguished Alumni Veteran Award recipient and UW School of Nursing alumni, I asked her how she found the courage to stand up to one of the largest, most formidable entities in the world.

“Well, I was born in Nazi-occupied Norway in the spring of 1942 and my parents were part of the underground resistance,” she said. “They were so brave.”
They sometimes used her baby carriage to smuggle weapons from house to house.

“I always wondered if I could ever be as courageous as my parents,” she said. “I think I always knew the time would come when I would have to decide that.”

Perhaps her parents’ courage subconsciously drove Col. Cammermeyer to practice standing up for what was right, whether the issue was big or small.

“I joined the military when I was in college, and I was indoctrinated,” she said. “Sometimes you receive lawful orders that aren’t necessarily ethical orders. When something is wrong, you need to challenge it.”

Sometimes, the challenge was relatively small: “When they left my name off of a list for a promotion, I mentioned it.”

Other times, the challenge was significant: “While I was in Germany one of my superiors told me to leave my patients so I could go do some kind of paperwork. I told her no. I was not leaving my patients. They needed me.”

Still other challenges were procedural. For example, when Col. Cammermeyer married her husband in the early 1960s, the military did not have housing for married soldiers. Thanks to Col. Cammermeyer’s persistence, they figured out a solution for her and her then-husband.

“The military would accommodate the right thing to do,” she said. “They just had to be shown what it was, sometimes.”
-
However, despite voices of reason and dissent within the ranks, when it came to discriminating against gays and lesbians, the U.S. military did not do the right thing. In 1989, Col. Cammermeyer was discharged from the military after revealing that she was a lesbian. The discriminatory practice had been occurring for decades.

At the time, she was pursuing her doctorate at the University of Washington School of Nursing.

“I was so embarrassed. I didn’t want to come back,” she said.

She shoved her military uniform in the back of a closet and stayed away from the school.

But the UW School of Nursing sent a card with dozens of signatures. Please come back, they said.

Col. Cammermeyer completed her Ph.D. in nursing at the UW in 1991.

All the while, the pluck that had been instilled in her through her courageous parents and then reinforced through a lifetime of ethical challenges compelled her to fight this discharge, both for her own career and for the thousands of others that were cut short.

The military did, eventually, do the right thing.

She just had to show them what it was.