UW works with NASA to protect astronauts from kidney stones

UW works with NASA to protect astronauts from kidney stones 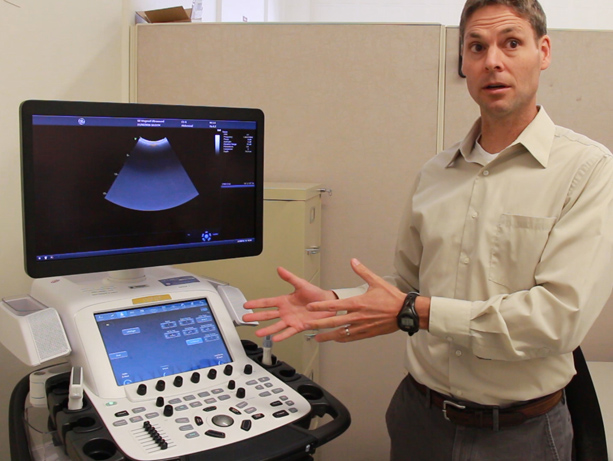 “Unimaginably intense” is how one might describe the pain of a kidney stone lodged in the urinary tract. Pebble-size crystals, most commonly calcium-based, bring people to their knees and then to the emergency room. An obstructing kidney stone can cause kidney failure, sepsis or even death.

The ultrasound machines are pretty accessible – that is, if you’re on Earth.

Astronauts are more vulnerable to kidney stone formation because of dehydration and because bones demineralize faster in space. NASA, fearing an emergency scenario on a long-distance mission, is working with the University of Washington on a portable ultrasound device that helps astronauts pass kidney stones en route.

“We’ve been pushing three tasks with NASA. Diagnosing stones and repositioning them – those capabilities will be installed on the next ultrasound system that goes into space. The grant we’re working on now is for the third phase, therapy to break stones,” Bailey said.

Brian Donohue
In this test environment, ultrasonic waves emerge from the concave device at right, aimed at a kidney stone placed within a mold that simulates human tissue. The entire apparatus is in a tank of water.
picture of test environment of ultrasound device that crumbles kidney stones

“NASA has provided us a probe and we are installing the capability to detect the stones and push them. To break stones, we plug a small imaging probe into the middle of a doughnut shaped therapy probe.”

This novel therapy to break stones, termed burst-wave lithotripsy, has succeeded marvelously in lab tests, he said. Rather than cracking stones in half, and then in half again, as with the conventional shock wave treatment, it pulverizes stones into uniformly tiny bits.

Unclear is whether the probe’s lab-based success at locating stones – the necessary precursor to their destruction – is replicable with humans in space.

Bailey’s team has developed a formula that relies on telltale bubbles in the patient’s urine to detect a stone’s location. But astronauts in space vehicles breathe higher concentrations of carbon dioxide (CO2), which may influence the development of such bubbles, Bailey said. So the team is studying whether kidney stones in higher concentrations of CO2 will still emit a characteristic signal.

The UW’s project is one of 27 recently funded by the National Space Biomedical Research Institute. The aim is to better understand astronauts’ health during future long-duration missions, such as those involving a journey to Mars, and to develop potential countermeasures for health problems that might emerge along the way.