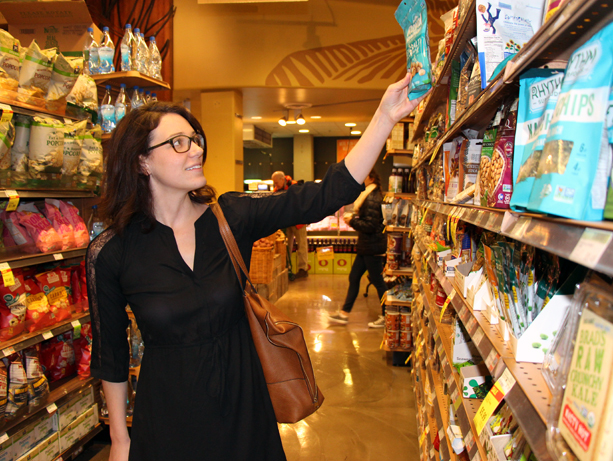 An overview of the U.S. food system and its impact on public health includes nuggets you may find hard to digest:

The report, published in March by the President’s Council on Fitness, Sports & Nutrition, was culled from recent research about food production, availability, affordability and quality. It is a coherent, often grimace-inducing narrative of industrialization’s effects on what and how we eat.

Bachaus is 10 years removed from Le Sueur, Minn., in the Valley of the Jolly Green Giant, where her food instincts took root. Her dad was a farmer, her mom didn’t allow Twinkies in the house, and the six Bachaus siblings worked summers at the food-processing plant.

“The notion that producing more food will make fewer people food-insecure is false,” she said. “We produce way more food than we need in America. The affordability of healthy food, and how much food we waste that could be feeding hungry people: Those are the real issues.”

The report takes a 10,000-foot view of our food system, explaining decades-old motivations to specialize farms’ production and the reverberations of those changes.

Vastly increased corn, soy and wheat production has, for instance, contributed to a new dietary norm and the greater caloric intake associated with obesity. Monoculture farms spurred the use of pesticides and greater travel for dietary mainstays. (Average distance from harvest site to consumer plate today: 1,500 miles.)

Otten was approached in early 2014 to write the report by Elevate Health journal, which publishes the quarterly report on behalf of the President’s Council. Otten invited Bachaus to help after she had had served as a teaching assistant in Otten's food-systems class.

“Our goal was to present a balanced, research-to-practice, evidence-based analysis of the topic. We didn’t make a single statement in there without backing it up,” Otten said.

Their analysis omitted discussion of major policies such as the Farm Bill, the massive package of U.S. legislation that, every five years or so, sets the nation’s food-production priorities. The omission, Otten said, stemmed not from a lack of will but from a lack of evidence-based research of its many components – particularly as the newest policies were coming online last year.