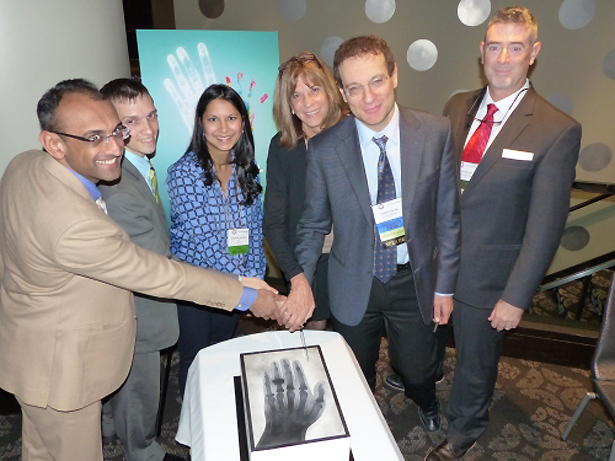 [Noon Jan. 27 update: A service is planned noon Friday, Jan. 29, at Levine Chapel, 470 Harvard St., Brookline, Massachusetts, with a gathering afterward at a synagogue in nearby Wayland, Congregation Or Atid, 97 Concord Road. The potential of a Seattle-area memorial is being discussed with Green's family.]

Dr. Douglas Green, a UW Medicine radiologist, died this week in an avalanche while skiing in Big Cottonwood Canyon, Utah. He was 49, a friend said in a first-person account describing their final skiing outing.

Green was a UW associate professor of radiology and a specialist in body CT and MRI.
picture of UW Dr. Doug Green

Dr. Norm Beauchamp, chair of radiology at the University of Washington, shared the sad news with department faculty and staff this morning.

"All of us who know Doug are aware that there is not a more caring person in the world," Beauchamp wrote. "His genuiness, selflessness, and unmatched devotion to teaching and patients serves as an inspiration to all. Doug is a role model for how we should treat others."

Beauchamp said later Friday that the department will plan a memorial event "to celebrate all the wonderful things about Doug. ... I was talking with people here all day and everyone seemed to have a story about how Doug affected their lives."

Radiology faculty member Dr. Eric Stern described Green as "a consummate colleague to those of us at the UW. ... His energy and can-do spirit were an inspiration."

"This was his first year leading and he had committed to doing a couple more years. He was a fine person and we were really looking forward to him taking a leadership role.

"He loved skiing. He organized his life around it – being in Utah during winter quarter so he could ski. The guy was high-energy; you couldn't slow him down," Alderman said tearily.

Green earned his bachelor’s degree from Dartmouth College and his M.D. from the University of Vermont. He interned at the Medical Center Hospital of Vermont and did his residency at Dartmouth-Hitchcock in Lebanon, NH. He did a fellowship in body magnetic resonance imaging at the University of Utah, where he stayed on as a staff radiologist for seven years before moving to the UW in 2007.