UW expert on Ebola outbreak: 'Not just a one-off event'

UW expert on Ebola outbreak: 'Not just a one-off event' 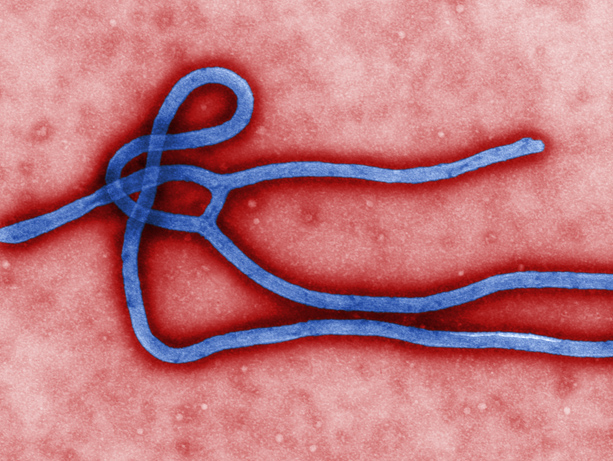 While the Ebola outbreak in West Africa has captured the world’s attention, it’s important to bear in mind that Ebola is just one of many emerging infections that we must confront in the coming years, said Michael Katze, a professor of microbiology at the University of Washington. He and his team study Ebola at a high-level biocontainment facility at the Rocky Mountain Laboratories in Hamilton, Mont.

“Ebola is not the only emerging virus; it’s just the most famous one,” Katze said. “There’s West Nile, which was never in North America before and now is everywhere. There’s Chikungunya virus, which had never been in the Americas but now has spread through the Caribbean and has reached the southern United States. There’s SARS (Severe acute respiratory syndrome), which spread from Asia to Toronto and Vancouver, and there’s MERS (Middle Eastern Respiratory Syndrome) that still ongoing in Saudi Arabia and the Middle East. That epidemic isn’t over. The camels in Saudi Arabia are still spreading MERS. It’s just that it’s not on the front pages anymore.

'A lot of emerging infections don’t have the star power. Ebola has star power. But these are all bad actors.”

Ebola's rock-star status stems in large part from Richard Preston’s best-selling 1994 book, “Hot Zone,” which focused on an Ebola outbreak, Katze said.  “The book gave a tremendous boost to virology. There are kids in this laboratory who went to graduate school because they read 'Hot Zone' in eighth grade.”

Despite its reputation, Ebola is neither the scariest virus, Katze said, nor the deadliest. While it has killed more than 1,000 people during this outbreak, seasonal flu kills 30,000 Americans, on average, every year. And Ebola's 90% mortality rate is outpaced by rabies, which without treatment is fatal in every case.

Unlike influenza, which can be spread through the air, it appears direct contact with fluids from an infected person is required in order to contract Ebola, limiting its ability to spread through a community, Katze said.

“There will most likely be no Ebola epidemic in the United States. Bringing the two missionaries here from Africa poses almost zero risk, because we know they are infected and they are going to be quarantined.

“But that’s not the case with the traveler who gets on a flight from Liberia with no symptoms and then lands in Lagos sick. Lagos is a problem: There are 20 million people and it's crowded. In small communities, because the virus kills so quickly, Ebola tends to burn out. But we don’t know what will happen if this virus begins to spread in a city the size of Lagos.”

The U.S. Food and Drug Administration and Centers for Disease Control and Prevention’s standard procedures are too slow and cumbersome to respond to Ebola and other emerging pathogens, said Katze, who seeks accelerated development of new drugs and vaccines.

“We have an Ebola vaccine that’s 100% effective in nonhuman primates, and it has been given to people whose spouses were infected with Ebola and to laboratory workers who have stuck themselves with Ebola. We don’t know whether it was due to the vaccine, but they didn’t get Ebola. We also have monoclonal antibody drugs. We know antibody treatments work. These drugs should be tested quickly.”

He cited other factors, too: Deforestation puts people into contact with new pathogens, and climate change extends the range of mosquitos and other disease carriers. A disease once isolated in a remote village can travel the globe in hours.

“Ebola will be off the front pages soon, but it will be back,” he said. “People should be aware that this outbreak is not just a one-off event.”

Listen to a UW Medicine Pulse podcast on Ebola.