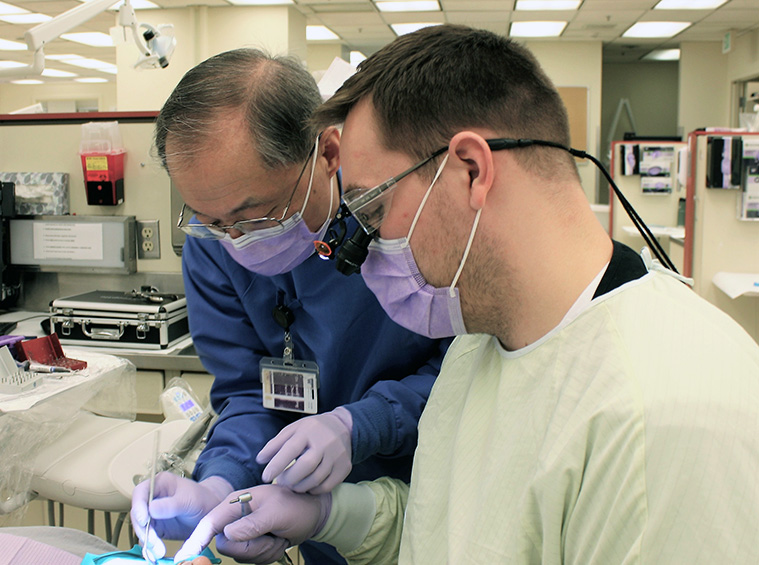 The UW School of Dentistry was recently recognized by Quacquarelli Symonds World University Rankings as among the leading dental schools in the United States and the world.

During the past few years, the School of Dentistry has phased in a new curriculum that incorporates changes in dental science and technology, new modes of dental practice, biomedical advances and more. In 2015, the school launched a series of third-year clinical “clerkship” rotations that give students a more intensive exposure to the core skills of general dentistry and significantly more repetitions of dental procedures.

Late last summer, the school put another key element in place with the launch of its Fourth-Year General Practice Clinic, which seeks to duplicate the experience of private practice as closely as possible. Fourth-year students also travel around Washington state for five-week community clinic rotations that help improve their proficiency.

QS, a prominent British educational organization that ranks the world’s universities, assigned ranking scores based on academic reputation, employer reputation, and research citations per paper, plus an index measuring the productivity and impact of researchers’ published work. Survey participants identified up to 10 domestic and 30 international institutions they considered excellent.