New center to use novel method to screen chemicals’ toxicity

New center to use novel method to screen chemicals’ toxicity 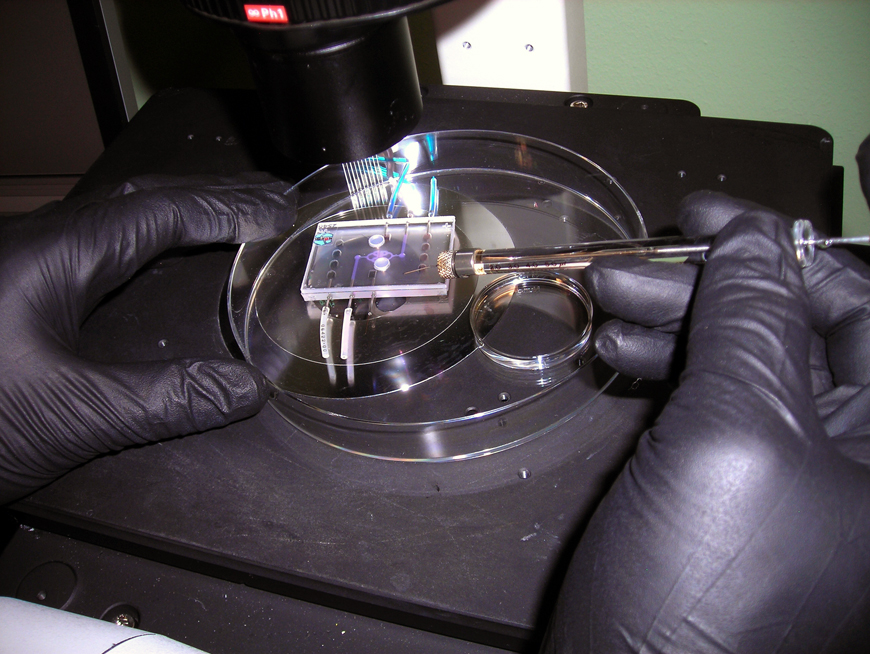 Tens of thousands of chemicals are currently in use, with more introduced every year. Scientists, however, have discerned the toxicity of only a fraction of these because the traditional method of testing is time- and cost-prohibitive – thus the need for better mechanisms to screen chemicals for potential health impacts.

The Environmental Protection Agency today said that it would provide $6 million in seed funds for a Predictive Toxicology Center at the University of Washington – one of three such facilities identified. It is intended to enable researchers to develop more accurate, higher capacity in vitro models – organ-mimicking cell cultures – to test chemicals' potential risk to humans.

“This research is important for establishing novel methods that reflect the complexity of biological systems, yet allow us to evaluate the large number of new chemicals for their potential health impacts before they are put on the market,” said Elaine Faustman. She and Terrance Kavanagh, both UW professors of environmental and occupational health sciences, will co-direct the new center.

“These systems can help reduce the need for animal models while better replicating and more faithfully mimicking what happens in the human body, including differences in genetics and susceptibility” Kavanagh said.

Researchers from the Schools of Public Health, Pharmacy, and Medicine will collaborate to develop these three-dimensional cell cultures for the kidney, liver, lung and testis to better model how a person would respond to a chemical exposure. A hallmark of the center’s research will be microfluidic chip technology developed by Nortis, a biotech founded by former UW faculty. Less than half the size of an index card, the microfluidic chip offers a platform for cells to be seeded onto the device, which then serves as a unique growing environment and can be connected with the other devices for each organ system, mimicking human circulation.After validating the three-dimensional cell cultures using known chemical toxicants, researchers will investigate biomarkers of cell injury or altered function that indicate an adverse outcome from an exposure to chemicals for which insufficient data exists.

They will then use modeling techniques to assess and predict human health risks, linking laboratory data with human-exposure pathways.

Testing metals and metal-based nanomaterials will be a focus of the center.

“There’s been a lot of interest in the biomedical field to use nanomaterials as therapeutics and bioimaging agents,” Kavanagh said, but their unintentional impacts in the general population are less well studied.

For example, inhalation is a primary route of exposure to nanomaterials, so developing a lung system is especially relevant, said William Altemeier, UW associate professor of pulmonary and critical care medicine. He will lead the center's lung cell culture development.

Faustman will lead the testing of adverse reactions in testicular development and reproduction. Kavanagh will co-manage the liver-testing model with David Eaton, professor of environmental and occupational health sciences. Edward Kelly, UW associate professor in of pharmaceutics (Pharmacy), will manage the kidney cell culture project.

Read the full news release about the Predictive Toxicology Center.