In King County, prevalence of Type 1 diabetes is almost four times greater among this group than in nonimmigrant black youngsters
Elizabeth Hunter-Keller
08/27/2015 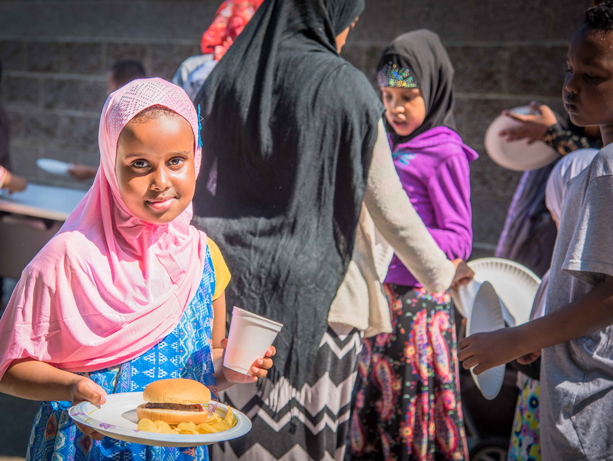 As a research nurse at Seattle Children’s Hospital, Rebecca O’Connor observed a troubling phenomenon. Children of East African descent — first or second generation immigrants — were being diagnosed with Type 1 diabetes at a noticeably high rate. Because Type 1 diabetes (formerly referred to as juvenile diabetes) is not preventable, the high number of diagnoses was startling.

“While Type 1 diabetes affects all populations to a greater or lesser extent, African populations were not thought to have high prevalence rates of the disease,” said O’Connor, assistant professor of family and child nursing at the University of Washington School of Nursing.

“After having spent time studying and travelling in East and Southern Africa,” she said, “my personal experiences and my role as a registered nurse serendipitously aligned because I almost immediately noticed what seemed to be a large number of East African immigrant youth being treated for Type 1 diabetes.”

O’Connor knew the amount of research that would have to go into a study examining this phenomenon, so she chose to make it her Ph.D. dissertation at the UW School of Nursing.

Complicating the matter was a lack of medical research on East African versus nonimmigrant African-American/Black youth. East Africans, especially new immigrants, likely have a distinct genetic makeup and differing cultural and dietary habits than nonimmigrant Black youth. Classifying them as one demographic is a problematic, but unfortunately common, practice.

Her findings, published online in the July issue of the Journal of Pediatric Nursing, confirmed her hypothesis:

“Although this preliminary research needs to be confirmed with additional studies, it is important to explore why East African immigrant seem to have substantially higher rates of Type 1 diabetes than other groups because it will add to our knowledge of how the disease develops,” O’Connor said.

Type 1 diabetes is a challenging disease to manage, requiring at least four daily blood sugar checks, multiple types of insulin, treatment of high and low blood sugars, counting carbohydrates, and more. Treatment is further dependent on whether the child is sick, playing sports, or going through puberty.

“Now imagine trying to do this as a new, non-English speaking immigrant family who may have lived in a refugee camp for the last several years, who are being asked to determine how many carbohydrates are in meals they make at home with grains such as teff that are native to Africa but not widely known in the U.S.,” she said.

“Community-specific interventions to maximize glucose control and minimize diabetes-related complications,” she said, “will improve the quality of life and reduce health care spending for this group.”

O’Connor’s study, though small, is a jumping-off point for more in-depth research on why the prevalence of Type 1 diabetes is so high in East African youth and on how grouping immigrant East Africans in with nonimmigrant African Americans obscures possible trends within the larger Black/African-American race classification.