Turn your head and cough – into the phone?

Turn your head and cough – into the phone? 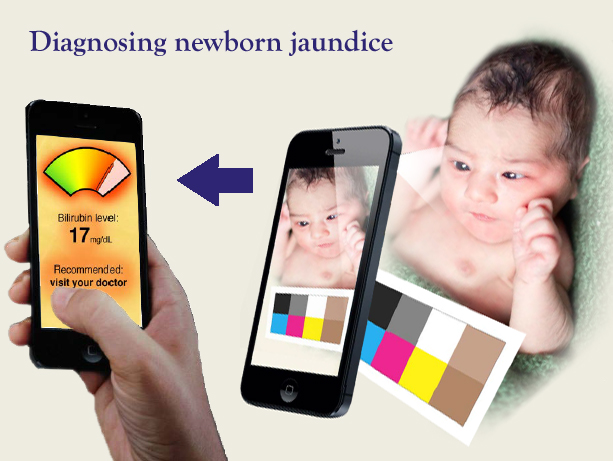 They began as physicians’ assistants, so to speak – searchable, cross-referenced databases of drugs, drug interactions and prices, pill identifiers, dose information and the like.

Increasingly, though, medical applications for mobile phones can give you a fairly comprehensive physical exam. Apps aim to monitor your lung strength, blood pressure, eyesight, inner ear, sleep and more. Want to know what that rash might be? There’s an app! Measure a fetal heartbeat? Yes!

As of last November, the Food and Drug Administration had approved more than 100 medical apps for phones. Many thousands more are in development or testing, including some at the University of Washington.

One, called “Mobile Post-Operative Wound Evaluator,” or mPOWEr, was inspired by patients of Harborview Medical Center surgeon Heather Evans. Upon being discharged from the hospital, the patients often emailed photos of their wounds to Evans, asking if they looked “normal.”

“I talked with other doctors and found I wasn’t the only one getting emailed gross wound photos,” she said. “What’s more, rehospitalization of patients for surgical site infection is a major problem for every medical community. It’s very challenging to follow somebody’s wound once you can no longer see it.”

“For the app we’re developing, patients could load the app on their phone before leaving the hospital, and that’s important for two reasons: First, it will better track infections because we’ll have more information about patients during their recoveries. But more important, it will help patients feel ready to go home from the hospital, to feel like they have some help after they leave and a way to get in touch with the provider that knows them best.”

Here are four apps being developed at the UW:

GutGuru would help people with irritable bowel syndrome to monitor eating and, over time, to learn food sensitivities. This is one mockup being shown to test users. (Click to enlarge.)
screen shots of GutGuru application

What it does: Helps people with irritable bowel syndrome , also known as IBS, to keep a food diary that, in turn and with an algorithm’s help, learns over time which foods trigger symptoms. Down the road, it might also help patients shop for food, too.

The need: IBS patients consume 50% more health resources than members of the general population. Foods that trigger symptoms are thought to vary among people with IBS. Current standard of care asks patients to keep a written diary of all food and drink consumed, but patient compliance is poor. Only an estimated 11% comply. Interpreting handwritten diary notes is time-consuming and lacks a validated methodology for determining food sensitivities. The phone app is designed to learn which foods are most likely culprits for digestive problems for that individual, so patients can eliminate them from their diets, said the inventor, Jasmine Zia, a UW Medicine gastroenterologist.

What it does: Enables patientsrecovering from surgery to monitor their wounds for signs of infection. They would transmit photos of their wound site and communicate their symptoms, such as redness, pain and fever to a care provider via standardized menu tree.

The need: Surgical site infection is a leading cause of death and disability among patients after surgery, said UW Medicine surgeon Heather Evans. Patients often have concerns after they have been discharged from the hospital, but communication barriers can lead to readmissions or unnecessary trips to the emergency room or, alternatively, to an infection worsening because the patient underestimates the seriousness of the wound’s condition. Most infections occur after hospital discharge. Each rehospitalization for infection cost an average of $20,000. Adding complexity, many patients return to emergency rooms of facilities other than where they had surgery.

What it does: UW Medicine pediatrician James Taylor’s idea interprets a smartphone image of an infant’s skin color to discern jaundice, which tints the skin yellow-organze. The app compares the newborn's skin color with a standard color calibration card. The app instructs users on how to manage the surrounding conditions for the photo.

The need: 80% of newborns get visibly jaundiced, a usually temporary condition caused by bilirubin that peaks on about Day Four of life and then resolves on its own. People  are good at detecting jaundice but not at determining whether jaundice is so high that it will cause kernicterus, or brain damage. The gold-standard diagnostic for overly high bilirubin is a blood draw, which is a hassle for a family that left the hospital just days earlier. Kernicterus is easily treated if caught in time, but it’s a frequent cause of newborn death in countries where most people are poor or lower middle-class. A low-cost phone app that detects dangerous bilirubin levels could have broad applicability.

Courtesy of Shwetak Patel
People use SpiroSmart by holding a smartphone at arm’s length, inhaling deeply and exhaling quickly, as demonstrated here.
Shwetak Patel of UW models the use of SpiroSmart

What it does: Measure the audio quality and force of a person’s exhalation to discern presence of asthma or obstructed breathing. The phone application would enable a patient to self-test, after receiving coaching about proper technique. The app would alert the patient if the degree of obstruction is serious, and would uploading the test result to a secure server for review by a physician.

The need: Asthma and chronic obstructive pulmonary disease, which goes by the acronym COPD, are major causes of respiratory problems. This is compounded by the fact that the conditions are more prevalent among lower-income groups, and are not actively managed because illness has not been diagnosed. A $2,000 spirometer detects breathing problems but usually requires a person to travel to be tested by a trained technician, perhaps at a specialist's office, because not all primary-care clinics have them on hand. Community clinics typically do not, said UW Medicine pediatrician James Stout.

Development: Began in 2011; being validated now