Team aims to illuminate cause of rare blinding disease

Team aims to illuminate cause of rare blinding disease 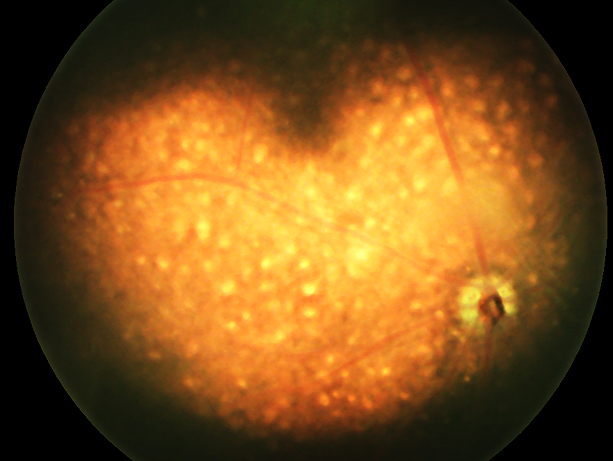 Science is typically a series of incremental advances over decades. Scientists may work for decades and never realize their goals.

“But then you have breakthroughs like the 1985 Nobel prize winners Goldstein and Brown, who showed that rare disease research can lead to therapies that impact many – like statins for controlling cholesterol,” said Ed Kelly, a University of Washington associate professor of pharmaceutics in the School of Pharmacy. “And 2012 Nobel winner Shinya Yamanaka, who developed induced pluripotent stem cells, from which we can grow all manner of cells.”

These science pioneers motivate Kelly not only because they demonstrate the potential for therapeutic leaps, but also because he and a multi-state team of colleagues are working on a genetic therapy for a rare disease.

Bietti’s Crystalline Dystrophy (BCD) causes small, fatty deposits to accumulate in the back of the eye. These deposits cause gradual degeneration of the photoreceptor cells (rods and cones) and cause other abnormalities in the retina, resulting in mid-life blindness.

About a decade ago, Kelly and professor Allan Rettie, a colleague, learned that researchers at the National Eye Institute had identified mutations in the gene encoding the protein that causes BCD. It spurred their curiosity and investigation.

Today, “only one in 70,000 people has the disease and no one is doing basic research on BCD except our lab,” Kelly said.

He specializes in creating genetically modified mice from embryonic stem cells. Over 16 months, the team was able to create mice with the BCD abnormality, to study the disease and to test therapies. He refers to the rodents respectfully and earnestly, as “collaborators.”

The team is collaborating with Jennifer Chao, UW assistant professor of ophthalmology, to develop induced pluripotent stem cells from people with BCD, and with external gene-therapy labs to test potential therapies.

That low incidence rate makes it harder to get funding from traditional sources. The team instead is working with a patient-advocacy group for funding and cobbling together what they can from other sources.

They are making progress. People with BCD and their family members have reached out to Kelly to understand and support his work. “What began as a curiosity, a ‘What if?’ has become a passion,” he shared. “I really want to find a treatment for this disease. It’s personal now.”