Study shows how Group B strep foils defenses in pregnancy

Study shows how Group B strep foils defenses in pregnancy 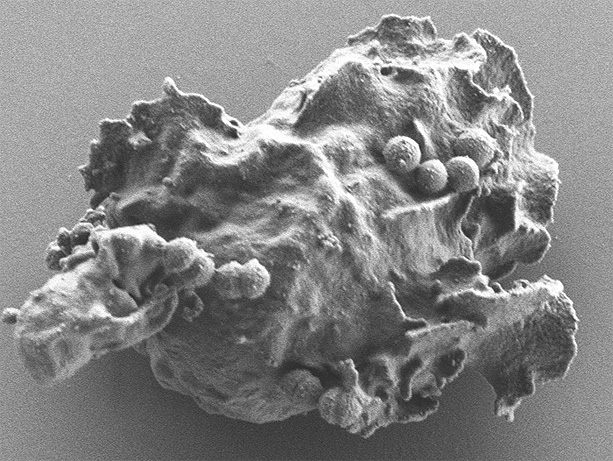 Researchers have shown for the first time, in pregnant nonhuman primates, that Group B streptococcus bacteria employ a toxin to escape first-line immune defenses in the placenta and rapidly infect the amniotic cavity and developing fetus.

The findings from UW Medicine and Seattle Children’s Research Institute are reported Oct. 14 in Science Immunology.

Group B streptococcus is a microbe commonly present in the lower genital tract of nearly 20 percent of healthy adult women. During pregnancy, these bacteria can travel to the uterus, leading to preterm birth or stillbirth. Newborns that develop sepsis within a few days of birth due to Group B strep typically acquired the bacteria in utero.

The researchers established a timeline for Group B strep’s transit into the amniotic cavity and shed light on its mechanism for breaching host defenses that should protect the fetus from infection. Their observations of the speed of this invasion in a pigtail macaque could provide a model for therapeutic interventions such as a vaccine.

The investigation built on the researchers’ 2013 discovery of how Group B strep kills red blood cells – a mystery that microbiologists had struggled to solve.  The answer was unusual and unexpected: A lipid-based pigment in the bacteria cell wall was, in fact, a potent hemolytic toxin.

In the study, the Group B strep bacteria were able to cross the placenta in under one hour.

“Once the bacteria come in contact with the placenta, it is game over,” said Dr. Kristina Adams Waldorf, a UW Medicine obstetrician-gynecologist and a senior co-author of the study.

The earliest and most critical host response to such bacteria comes from neutrophils, whose role is to kill invading organisms. Even as they die, neutrophils extrude neutrophil extracellular traps (NETs) to prevent further dissemination or spread of the bacteria.

The authors found that among Group B strep strains that express the pigment toxin, the toxin induces neutrophil cell death and then helps the bacteria escape the action of NETs within the placenta.

This finding is an important advance, Rajagopal said, because it suggests that any vaccine must target this toxin rather than simply amplifying the body’s production of neutrophils.

The study employed a primate model because it so closely resembles human pregnancy, the researchers said, with regard to length of gestation, placental structure and uterine anatomy, number of fetuses, fetal organ development, and response to bacteria. Pregnancy studies of mice, rabbits and guinea pigs lack some of these similarities, making scientific findings less readily translated to human pregnancy.

The discovery of Group B strep’s evasion mechanism “is very likely also applicable to other virulent bacteria such as E. coli and antibiotic-resistant strains that we see circulating in Southeast Asia,” said Adams Waldorf.  “We want to be a part of the solution to improve the pregnancy outcomes for women around the world.”

This study was a collaboration of scientists and physicians in obstetrics, microbiology, molecular microbiology, immunology, pediatrics, bioinformatics, primatology and other fields. It involved the Washington National Primate Research Center at the University of Washington and the Center for Global Infectious Disease Research at Seattle Childrens Research Institute. The work was supported primarily by the National Institutes of Health grant (R01AI100989) to investigate pregnancy-associated infections.