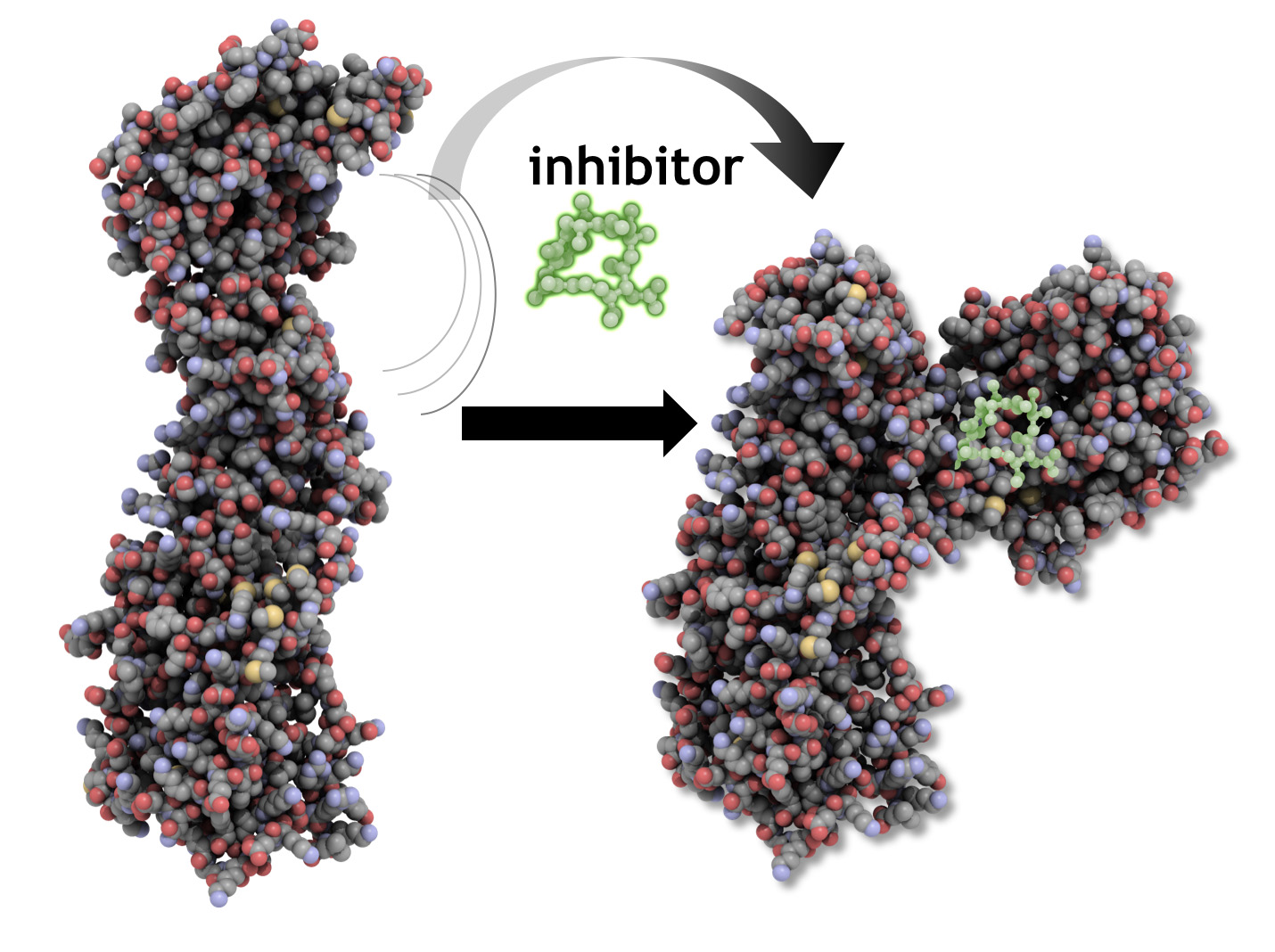 How a key protein in cancer cells changes its shape, function and interactions with other proteins when exposed to different concentrations of cancer drugs is the topic of a University of Washington study published this week. The approach described in the report should make it possible for  scientists  to design new,  more effective treatments, not only for a cancer but for a wide variety disorders. The study appears in the June 23 issue of the journal Cell Chemical Biology.

“Most drugs have their effects by acting on proteins within our cells,” said James Bruce, UW professor of genome sciences who led the project. “In this study, we have been able to do something we haven’t been able to do before: show how  the conformation of a protein within a living cell and its interactions with other protein, change as concentrations of a drug increases.”

He added, “This method provides a new way to understand how virtually any drug works on the proteome level.”  The proteome is the set of proteins – the key functional and structural components of life -- that a cell or an organism produces.

In the study, the researchers looked at a protein called heat shock protein 90, or Hsp90. In normal cells, Hsp90 binds to and protects newly synthesized proteins until they are ready to fold into their final conformation. Hsp90 performs this protective chaperoning in concert with a number of   other proteins. In normal cells, Hsp90, with its co-chaperone proteins, helps fold more than 200 “client” proteins.

James Bruce and his research colleagues are working on new ways to study protein molecule interactions in cells.
James Bruce

The shock proteins got their name because their production surges when cells are exposed to heat or other toxic stress.  By showing up with additional troops, shock proteins can better protect threatened proteins. The 90 refers to this particular heat shock protein’s molecular weight.

In cancer, however,  Hsp90 also protects those proteins produced by mutated cancer-causing oncogenes that allow cancer cells to grow and thrive. These abnormal proteins are particularly dependent on Heat Shock 90 to survive.

“Cancer cells are said to be ‘addicted’ to Hsp90,” said Bruce, “so if you could inhibit Hsp90 and allow these abnormal proteins to be destroyed, you would effectively be blocking the effect of multiple oncogenes.”

Yet despite its importance, the structure of  Hsp90 and how it affects its function has been poorly understood. One reason for this was that much of the knowledge of  Hsp90 has come from studying the protein in its purified crystal form.  The crystal  configuration does not necessarily reflect the conformation the protein assumes when it is floating freely within the cell and interacting with other proteins and molecules, including drugs.

To better understand how  Hsp90 behaves in cells, the UW researchers used a new technique called chemical crosslinking mass spectrometry, developed by Bruce and his colleagues. In the technique, the researchers treat living cells with a chemical that causes chemical bridges or crosslinks to form between sections of proteins that are close together.

By analyzing which sections of proteins become cross linked it is possible to work out how a protein is folded at a given time. It is almost like tailors figuring out a paper sewing pattern for a shirt.  If, for example, crosslinks form between two sections of protein that are known to be located on opposite ends of protein, the protein must be folded back on itself to bring the two sections close enough for crosslinks to form.

And because crosslinks will also form between sections of different proteins that are in close proximity, the technique can also help tell which proteins are interacting with each other and where they are interacting at a particular time.

“By understanding which proteins  Hsp90 is ‘talking to’ in the cell, we’re able to understand how it is achieving its function in a way we haven’t been able to before,” Bruce said.

The researchers were able to show in precise detail how the drug treatment affected Hsp90s structure. For example, two of the the inhibitors—17-N-allylamino-17-demethoxygeldanamycin and XL-888  target one end of Hsp90 called the N-terminal domain.  They  cause Hsp90 to fold into a compact structure. Realizing that this is how they change the configuration  provides clues about how they affect Hsp90’s enzymatic function. This information also sheds light on its interaction with its client proteins and co-chaperones. All in all, they analyzed more than 3,300 cross-linked peptides representing protein-protein interactions going on within cells when the inhibitory drugs were introduced.

“Taken together,” Bruce said, “this study shows that XL-MS can serve as a tool to visualize the dynamic changes that occur within proteins and between proteins in living cells when they are treated with a drug. The approach we used here can be used to study how any drug acts on cellular proteins and alters their function.”

Read the paper, In Vivo Confimational Dynamics of Hsp90 and its Interactors.