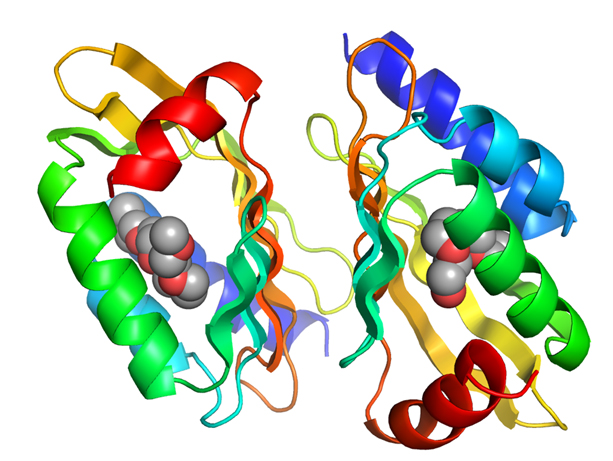 Scientists at the University of Washington in Seattle have deciphered key rules that govern how proteins form pocket-like structures essential to many protein functions.

The discovery makes it possible to design proteins that mimic the actions of naturally occurring proteins as well as to design new proteins, unlike any found in nature, capable of performing entirely new functions.

“This approach will allow scientists to fine-tune the size and shape of these pockets, or cavities, so that custom-designed proteins can bind to and act on specific molecular targets,” said David Baker, UW professor of biochemistry and director of the UW Institute for Protein Design. He led the research. “This method opens the door to the design of new proteins capable of entirely new functions, including catalyzing reactions not seen in nature, and has many potential applications, including the development of new diagnostic tests and treatments.”

Enrique Marcos, a former postdoctoral fellow in David Baker's lab, is now at the Institute for Research in Biomedicine in Barcelona, Spain.
picture of bioengineer Enrique Marcos

Baker and his colleagues report their findings in the January 13 issue of the journal Science.

A protein is made of chains of amino acids that fold into a compact shape that determines its function. Baker and colleagues studied structures within proteins that form when several chain strands align next to each other to create sheet-like structures, called β-sheets ("beta sheets"). In many natural proteins these sheets bend to form pockets or cavities that bind to target molecules involved in many cellular processes. These target molecules are called “ligands,” and the process by which they are captured in a protein pocket is called “ligand-binding.”

Currently scientists who hope to design a new protein to bind a particular ligand typically try to find a natural protein that has a pocket with a shape similar to what is needed to bind the target ligand molecule.  Using the naturally occurring pocket as a model, they try to alter its structure to bind to the new target.

In many cases, though, it is difficult to find ideal natural models. Those proteins with the desired shapes may not tolerate design modifications, or fail to function in environments other than which they occur naturally.

The UW scientists examined natural protein structures with curved β-sheets to identify key features of amino-acid sequence and orientation within the strands, and the interactions between adjacent strands that govern how β-sheets flex and curve.

Benjamin Basanta, Institute for Protein Design
(Click for larger image.) Illustration of how a curved protein surface (yellow-gold) forms a pocket (gray) to potentially fit molecules. At left is a schematic based on atomic-resolution data, at right is a hypothetical model.
illustrations of protein models with a custom cavity

“Generally, when β-sheets are uniform, they tend to be relatively flat,” explained the paper’s lead author, Enrique Marcos, a former postdoctoral fellow in Baker's lab now with the Institute for Research in Biomedicine in Barcelona, Spain. “However, by incorporating breaks in this uniformity, it turns out it is possible to bend the sheet to a desired shape.”

For example, in flat β-sheets, structures in the amino acids called residues tend to alternate from hydrophilic (water-loving) and hydrophobic (water-fearing) as you move down a strand. However, the researchers found that disrupting this alternating pattern by placing two residues of the same type on the same side of the sheet, it was possible to create an elbow-like structure, called a “bulge” where the strand can bend, allowing the sheet to flex.

A second way to break in uniformity that affects the  β-sheet’s shape that the researchers identified, called a “register shift,” occurs when the bonding between adjacent strands terminates, allowing one of the two strands to bend.

By identifying these two factors, the researchers show that it is possible to design and experimentally produce a variety of protein structures with pockets. They also demonstrated that these proteins can be highly stable, which is essential to functioning as ligand-binding sites.